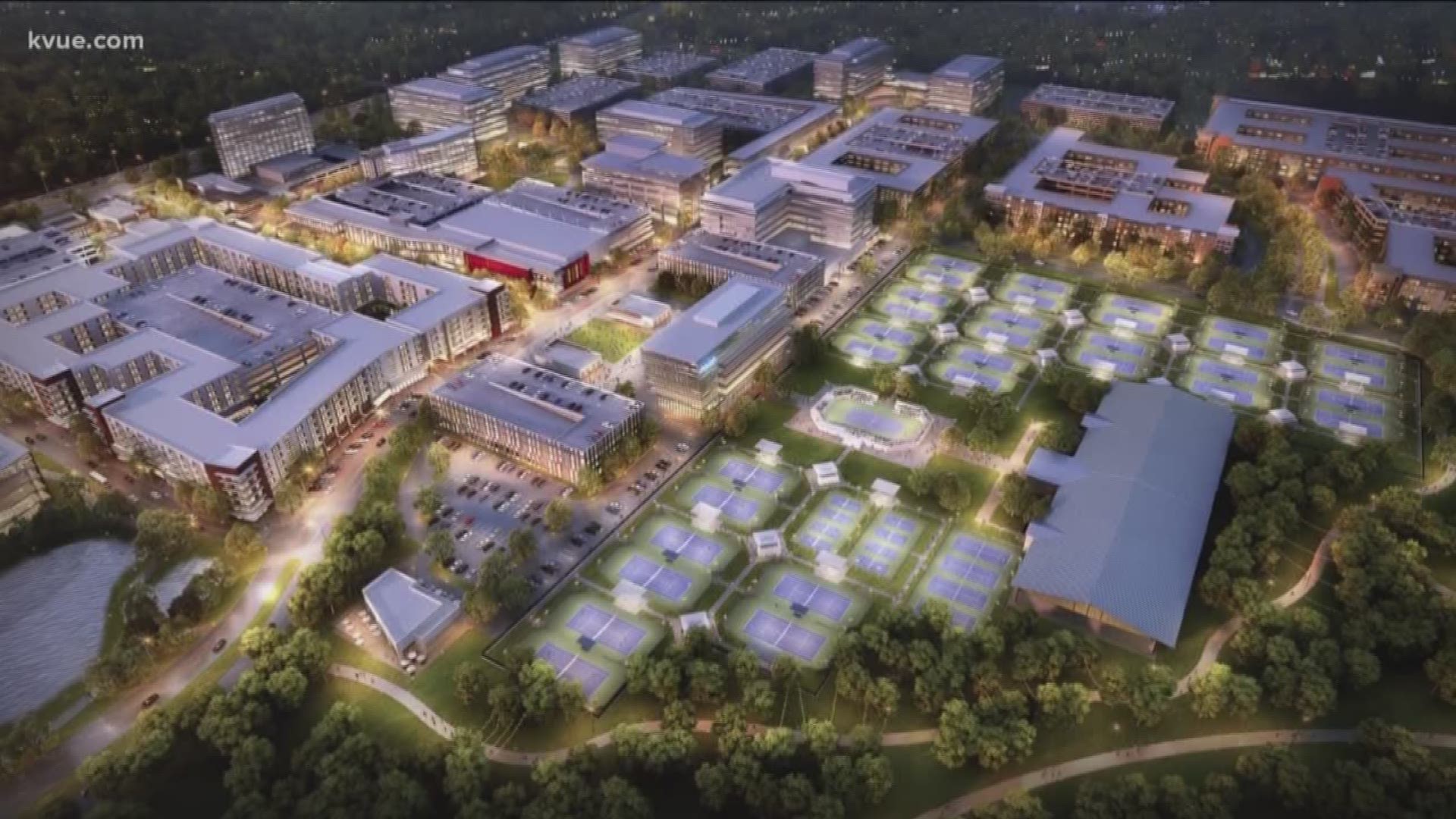 The tennis facility, which is part of a "high-end development" called Indigo Ridge, will sit on 155 acres at Whitestone Boulevard and Sam Bass Road. Officials with Cedar Park said Indigo Ridge is projected to amount to $1.5 billion investment once it's completed.

"I mean it is what it is," Joel Delrosso said.

Delrosso has lived near the area where the facility is set to be built for over a decade. He said his family has mixed emotions about the proposal, as the facility would be built just blocks away from their home.

"It's nice to have something closer because driving down to The Domain when we want to do something fun could get annoying," Brandy Delrosso, Joel's wife, said.

"I hate it," Joel said. "I don't really think they really planned for it."

Cedar Park Mayor Corbin Van Arasdale said the project is "a magnet for kids, the public and professionals. It attracts all kinds of investment in Cedar Park."

The USTA Texas will be in a five-story performance center that will include 40 tennis courts complete with six to eight indoor tennis courts, a stadium court and related amenities for training and competitions.

"It's a major employee hub, Class A leisure, and a major headquarter move for us," Mayor Van Arsdale said.

He said the development could ease property taxes for Cedar Park residents.

"Because of the amount of revenue brought in by this project, this will take a big load of residential property taxes," he said.

Although the development is still in the planning stages, it's a possible change the Delrosso's might have to start thinking about.

"I like growth, but I don't like a lot of growth," Brandy said. " So, we will just have to wait and see.

The city plans to bring a proposed agreement to the council for approval within the next 90 days.