As Central Texas booms, Habitat for Humanity has to get creative. 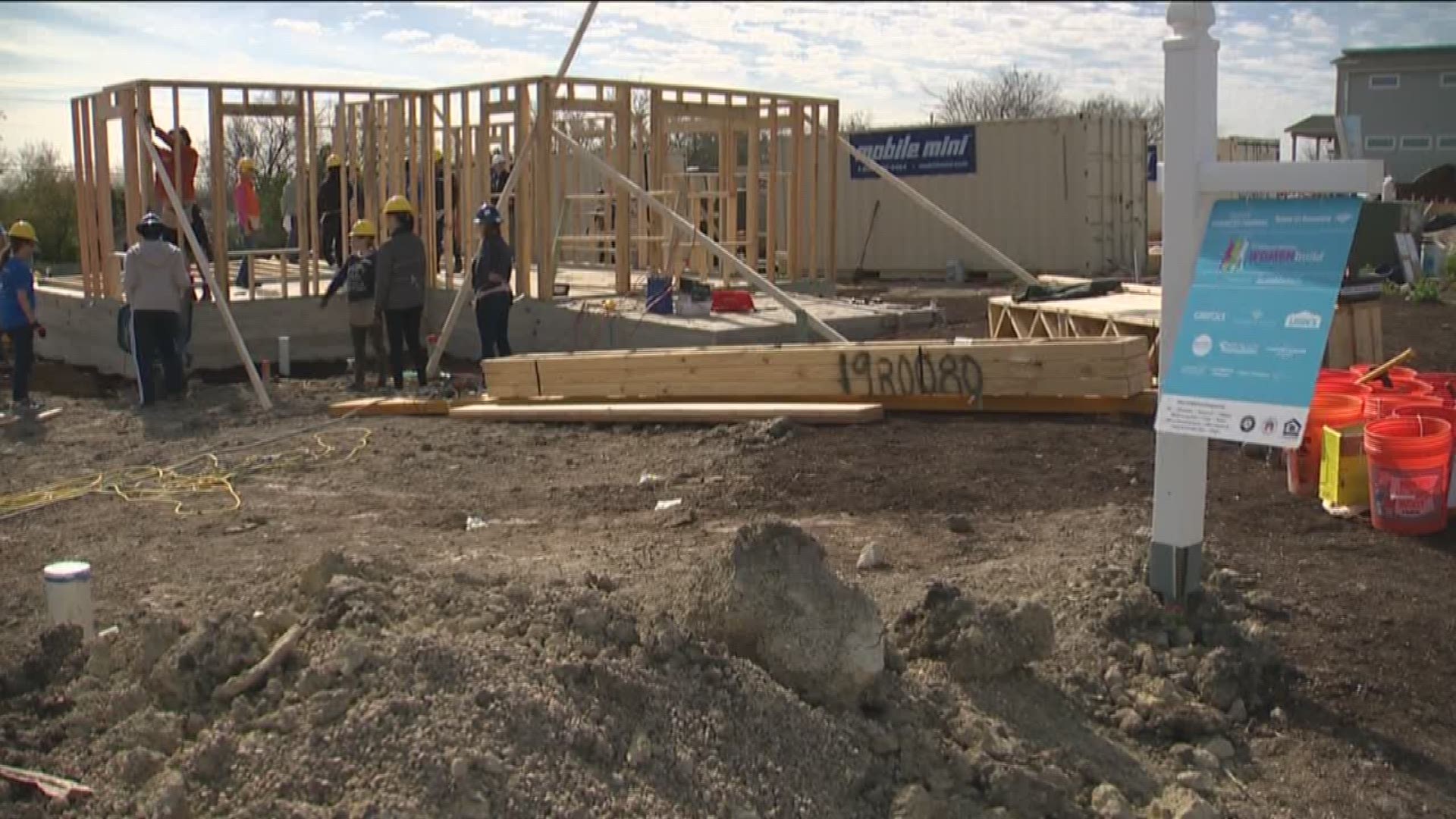 AUSTIN, Texas — What happens when even the affordable housing becomes out of reach?

With every swing of a hammer, swipe of a paint brush and drill of a nail, another piece goes into place for Habitat for Humanity volunteers, as they turn a house into a home.

"This has only been two hours, and look at it already,” volunteer Barbara Gayhart said.

She’s working on a house in Southeast Austin that will go to a single mom with three daughters.

"She's putting in sweat equity, so it’s not like this house is given to her. She's working for this house,” Nikki Graham, Market President for Bank of America, said.

Graham said this is an important issue.

"As you know, affordability is an issue here in Austin,” Graham said.

"We're working with people that have jobs, that have an income, that have families, but just can't afford to own a home. That's become more of a problem than it ever has been in Austin,” Wayne Gerami, with Austin Habitat for Humanity, said. "The big thing that we've seen in, since 2006, housing prices have gone up almost 100 percent, 98 percent. And incomes in that same time have only gone up 17 percent.”

Habitat for Humanity is having to get creative to find a solution.

"To be able to get some dirt and put some houses on it, you've got to do more with it,” Billy Whipple, with Austin Habitat for Humanity, said.

According to Whipple, they're building their first multi-family housing with attached homes in the Mueller development.

"We have to because land cost is so high,” Whipple said.

Debbie Hoffman is the Executive Director of the Habitat for Humanity in Williamson County. She said in 10 years, they've seen land go up from $2,500 to $25,000.

"We are faced with some serious issues,” Hoffman said.

"Jobs are not necessarily where we can build affordable housing for families, so how do you — families transfer that cost of housing to transportation and needing reliable transportation to get to a job that may be in a larger population area,” Hoffman said.

Plus, there are rising property taxes on Habitat homes where families have already lived for years.

"They're not going to even be able to afford something that donors and volunteers helped to build,” Hoffman said.

For those folks, she said they're trying to find other creative solutions, like possibly extending mortgages.

"It is a concern, and it’s a concern for the longevity of our organization,” Hoffman said.

She also said the Williamson County branch of Habitat for Humanity has been around 20 years this year, and their very first client is expected to pay off her home at the end of the year.