The development will be 350,000 square feet and will have underground parking. 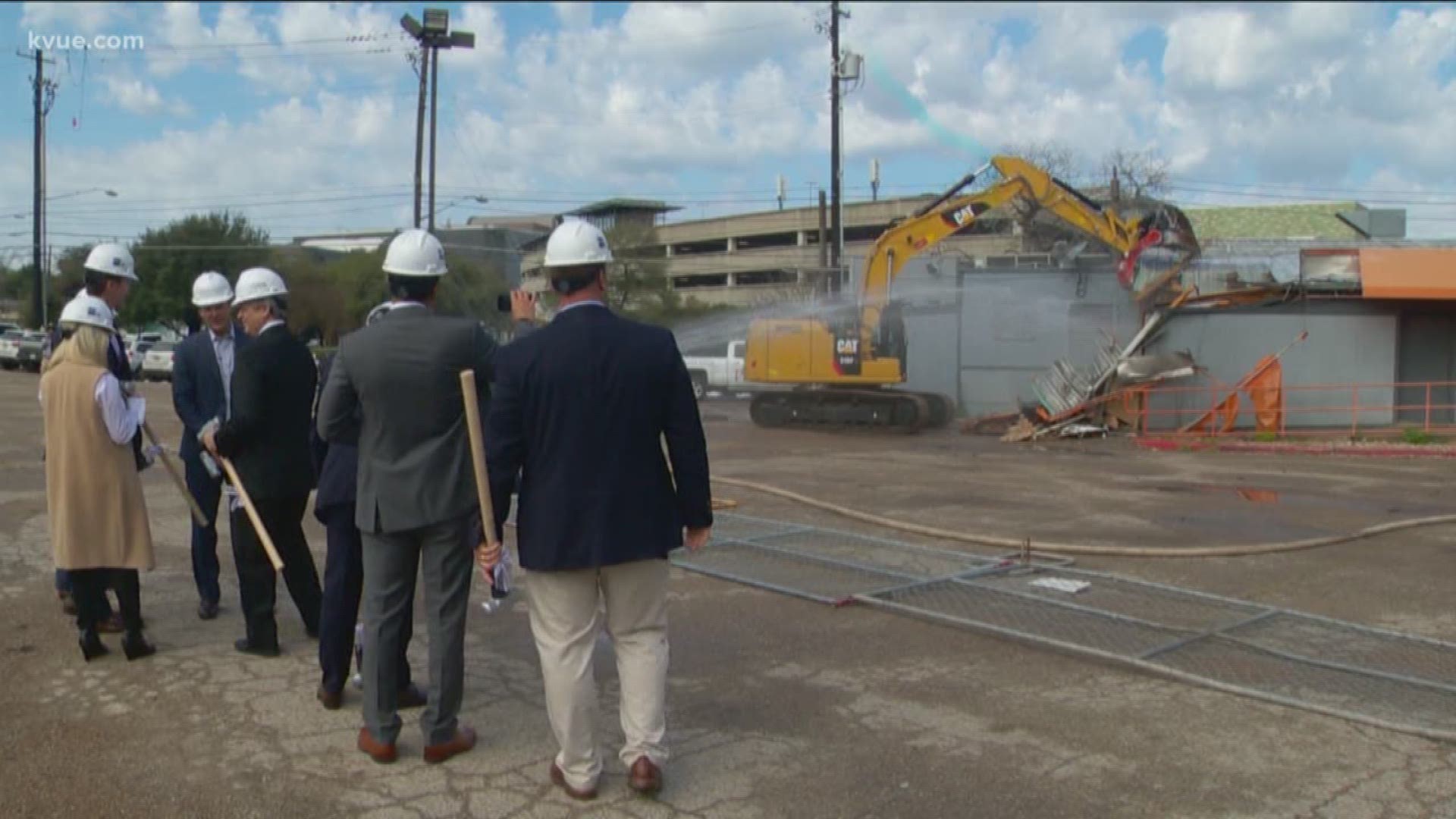 AUSTIN, Texas — A 15-story office building is coming to South First and Riverside Drive. It will replace the Hooters restaurant there.

On Wednesday, demolition crews started tearing the Hooters building down.

The site was once owned by the family trust of Charles Schulz, the famous "Peanuts" cartoonist.

The building that will replace it, RiverSouth, is a triangle-shaped, 15-story, 350,000-square-foot office space.

"Ten years from now, 15 years from now, you're going to be explaining to people what this used to look like, in kind-of that classic Austin conversation that we're all involved in," Mayor Steve Adler said. "This is going to be ground zero for that."

The building will have restaurants and stores on the bottom, underground parking and a drop-off area for rideshare.

It won't have any residential space, but developer Stream Realty Partners said it will contribute just over $1 million to affordable housing elsewhere.

“So, we won't actually have housing on the property,” David Blackbird, regional manager with Stream Realty Partners, said. “But, we'll contribute dollars towards a fund that then helps establish affordable housing across the City of Austin."

This development begins the city's "South Central Waterfront Initiative," which Mayor Adler calls the "community plan for how this [area] should develop."

Mayor Adler added there will be a lot more dense development just south of the river as part of that plan and that the developments will be accessible and contribute to affordable housing.

KVUE asked him about how these developments are changing Austin's culture.

“The city's going to change,” he said. “Our metropolitan area is going from two million to four million people over the next 20 to 25 years. That's going to happen regardless of what we do. So, we have to make sure that growth happens in a way that supports our culture."

Construction on the office building is supposed to finish by 2021. The developer was not able to publicly say yet which tenants will move in, but said they will be big companies.

‘Nothing Stays the Same: The Story of the Saxon Pub’ has world premiere at SXSW 2019