While the U.S. grapples with a worker shortage, skilled trades have been dealing with a shortage for years, even decades. 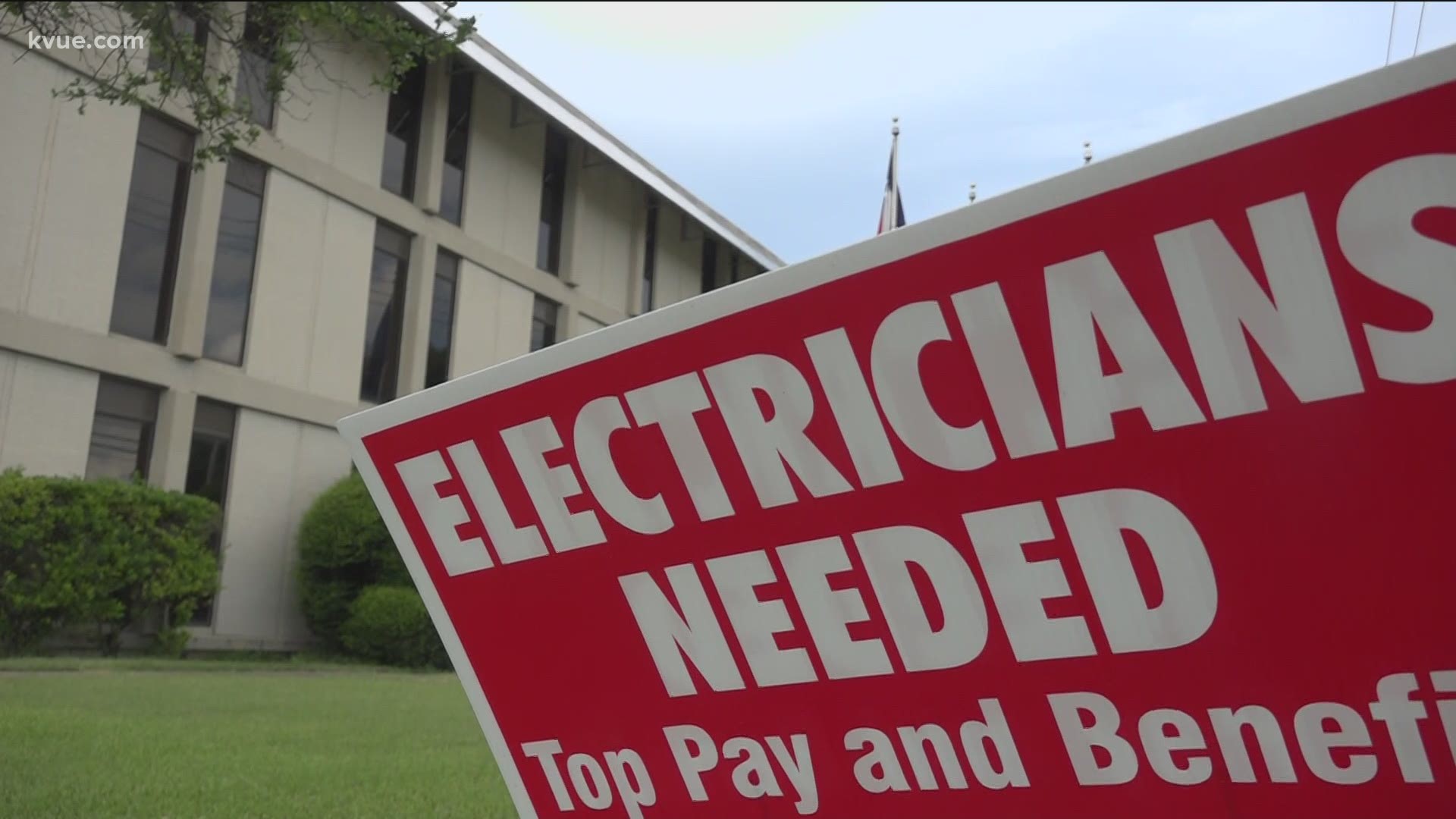 AUSTIN, Texas — Demand for workers shot up in recent months as the COVID-19 pandemic in the U.S. continued to slow down. Skilled trades like plumbing, HVAC and electrical work have been short of workers for years already.

"We are having a really hard time filling positions," Ben Brenneman, the business manager for the International Brotherhood of Electrical Workers in Austin, said. "We've grown by 30% in the last six months."

Brenneman noted even over the past decade, there's been a growing need for electrical workers, but especially now as Austin's growth continues to climb.

"In the next decade, we're going to lose one-third of skilled electricians and half over the next two decades," Brenneman said. "It takes five years on average for somebody to get those skills and knowledge in the field, so it's not like you can bring in new workers overnight."

Skilled trade jobs typically come with an apprenticeship, a period of time for people to get paid, learn a skill, and use that skill on the job. In the Austin area, Brenneman added thousands of apprentices are working, but every job site needs a licensed skilled electrician with a journeyman license. That license requires four years of experience in the field and a final exam.

RELATED: US economy sees plenty of growth, but not enough workers or supplies

Because of the pandemic, IBEW Local Union 520's apprenticeship program has grown too. Brenneman attributes it to job security, saying some of the new apprentices have backgrounds in other jobs, but had been fired because of job cuts in 2020.

"There's some really high-quality opportunities there for young folks as well as folks that might be looking to transition into a different career to kind of complete their career life cycle," Diane Tackett, the chief operations officer for Workforce Solutions Rural Capital Area, said.

Daniel Lawlis, who started Daniel's Plumbing about five years ago, acknowledged the industry shortage, but said it's also up to companies to attract candidates.

RELATED: Employee shortage hitting businesses of all sizes and sectors

"We have people constantly coming through the door interviewing – great people too, not just, you know, bottom of the barrel," Lawlis said. "As our economy has evolved, our society has evolved and we value a job, but we also value our lives as well. The job is like the utility of your life, or you have to have a job. Well, the passion of your life is the environment that you're in every day."

Both Lawlis and Brenneman say as Austin continues to boom with more people and more buildings, skilled trade jobs will be in constant demand.

"The need is there. It's a good career," Brenneman said. "You can make a good living, raise a family without the college debt, and we just are one of the best-kept secrets."