Richard Branson is an investor in a company that wants to bring a high-speed rail to Austin. 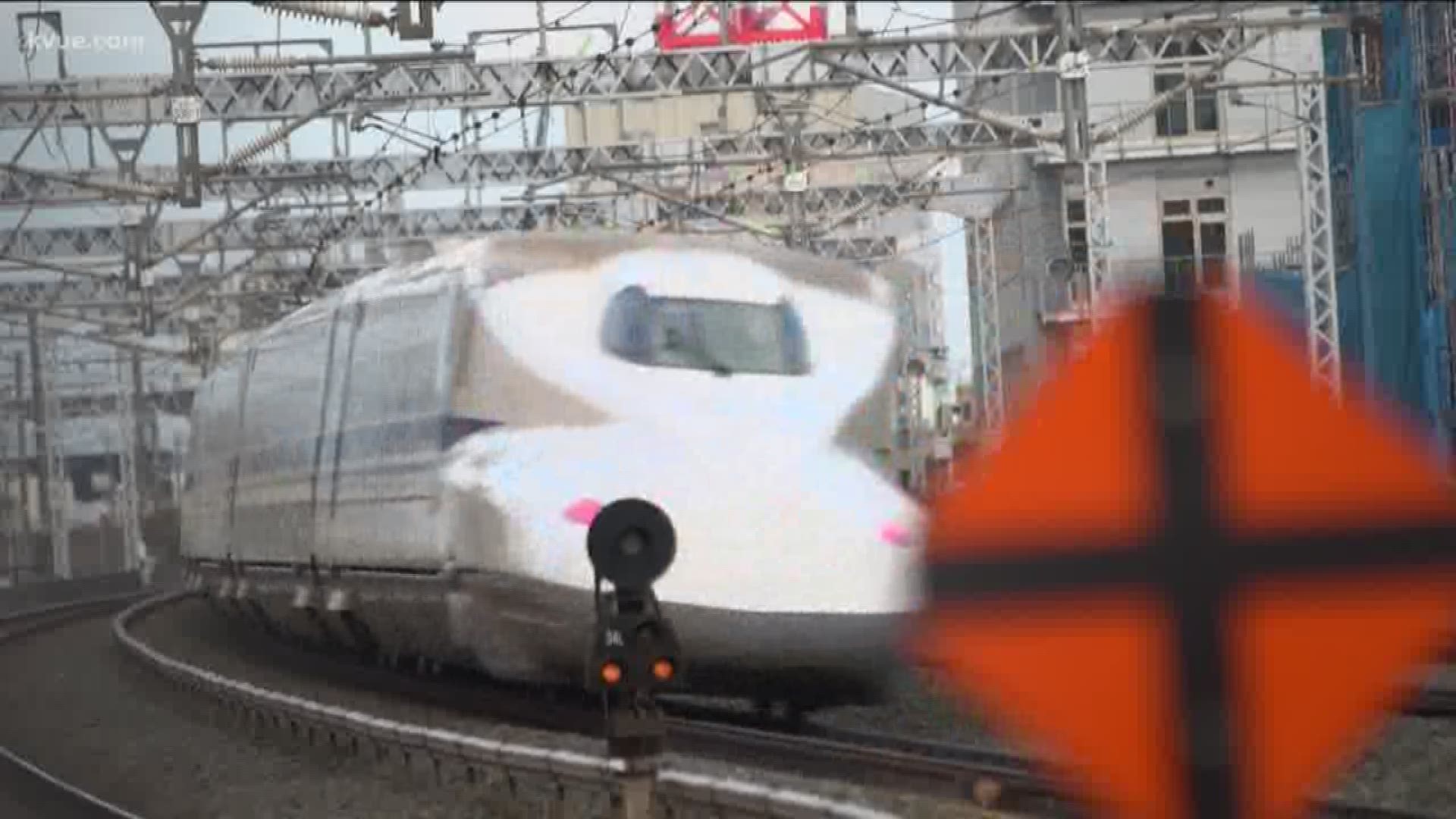 AUSTIN, Texas — A billionaire Englishman may be coming to Austin's rescue when it comes to fighting traffic.

Richard Branson's company is an investor in Virgin Trains USA and it wants to bring a high-speed rail to Austin, connecting the Capital City to Dallas and San Antonio.

According to a Securities and Exchange Commission filing, the company also wants to develop a route between Dallas and Houston.

Virgin Trains USA hasn't said when the routes will be developed, but it told the SEC in the filing that "by using existing infrastructure, we believe we can plan, permit and build new rail service significantly faster and cheaper than alternative express passenger rail projects in these areas."

This is similar to another high-speed rail being proposed for Texas -- the Japanese Bullet Train.

RELATED: 10 things to know about the Japanese bullet train, coming soon to Texas

Masaru Yosano, the general manager of Central Japan Railway, said construction for the high-speed rail is expected sometime this year.

"In Japan, it takes just about five or 10 minutes after we arrive at the station to get on the train to check in and travel," said Yosano.

The high-speed rail would take passengers from Dallas to Houston, with a stop near College Station, in 90 minutes.

Professor William Swinton with Temple University in Toyko said it would be good for our state.

The Hyperloop is another high tech solution to our traffic woes, in which passengers travel hundreds of miles an hour in pods.

"It's tricky," said Kara Kockelman, a professor of transportation engineering at the University of Texas.

She has major concerns about all these high-tech solutions.

"Austin-San Antonio is a pretty short corridor so it may be hard to even reach the top speeds, so I'm not sure you would get to 200 miles per hour ... If you can get into a downtown, that's wonderful but you really can't. Our city is so built out, it's extremely expensive to require that right of way, very politically contentious," said Kockelman.

Kockelman does acknowledge the last-mile issue is better now with ride sharing. Still, she doesn't believe high-speed rail will ever be on track in Austin.