The new residential tower called "The Waller" will bring 388 units to Austin's apartment market. The first units are expected to be available in 2023. 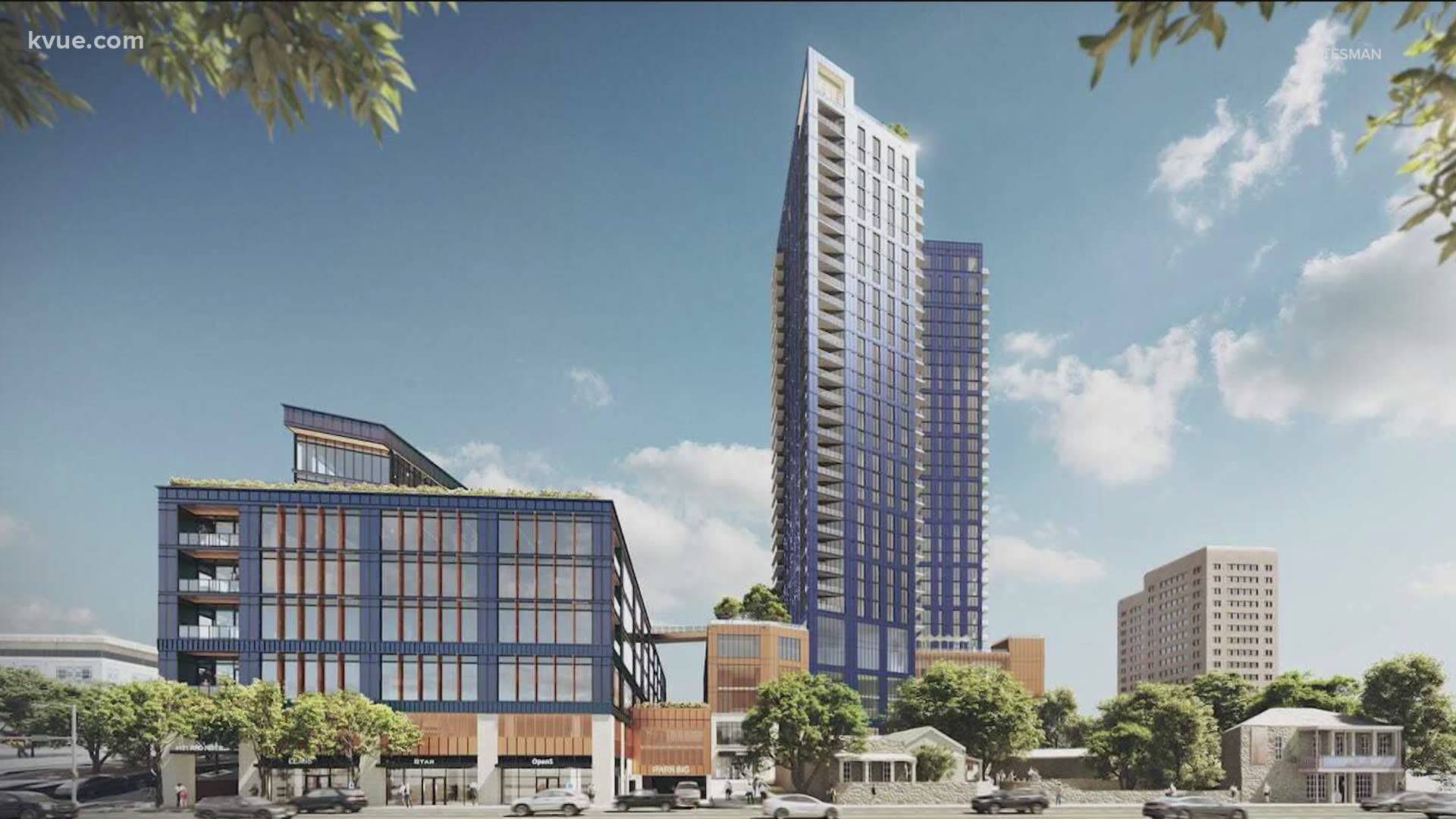 According to KVUE's media partners at the Austin American-Statesman, the project, which will include apartments, retail and office space, is being dubbed Symphony Square after the existing development it will surround between East 11th and East 12th streets.

The Statesman reports the tower will be located just south of the University of Texas campus and the development will wrap around Symphony Square's historic structures and outdoor performance space along Waller Creek. The amphitheater will continue to be operated by the Austin Symphony Orchestra once construction is completed, according to Greystar.

“Being able to develop this project in a way that respects the history of the site and the Austin Symphony’s connection to it was very important to us,” said Greystar director of development Matt Stevenson.

According to the Statesman, the new residential tower called "The Waller," will bring 388 units to Austin's booming apartment market. The first units are expected to be available in 2023.

Greystar said The Waller will also include workspaces with reservable private offices and multiple co-working areas.

Read the Statesman's full report for more information about this development.

Letters to Gov. Abbott show which counties are impacted by illegal border crossings