With a promise to bring 5,000 jobs to the area, what kinds of jobs with the Tesla plant have open for hire? 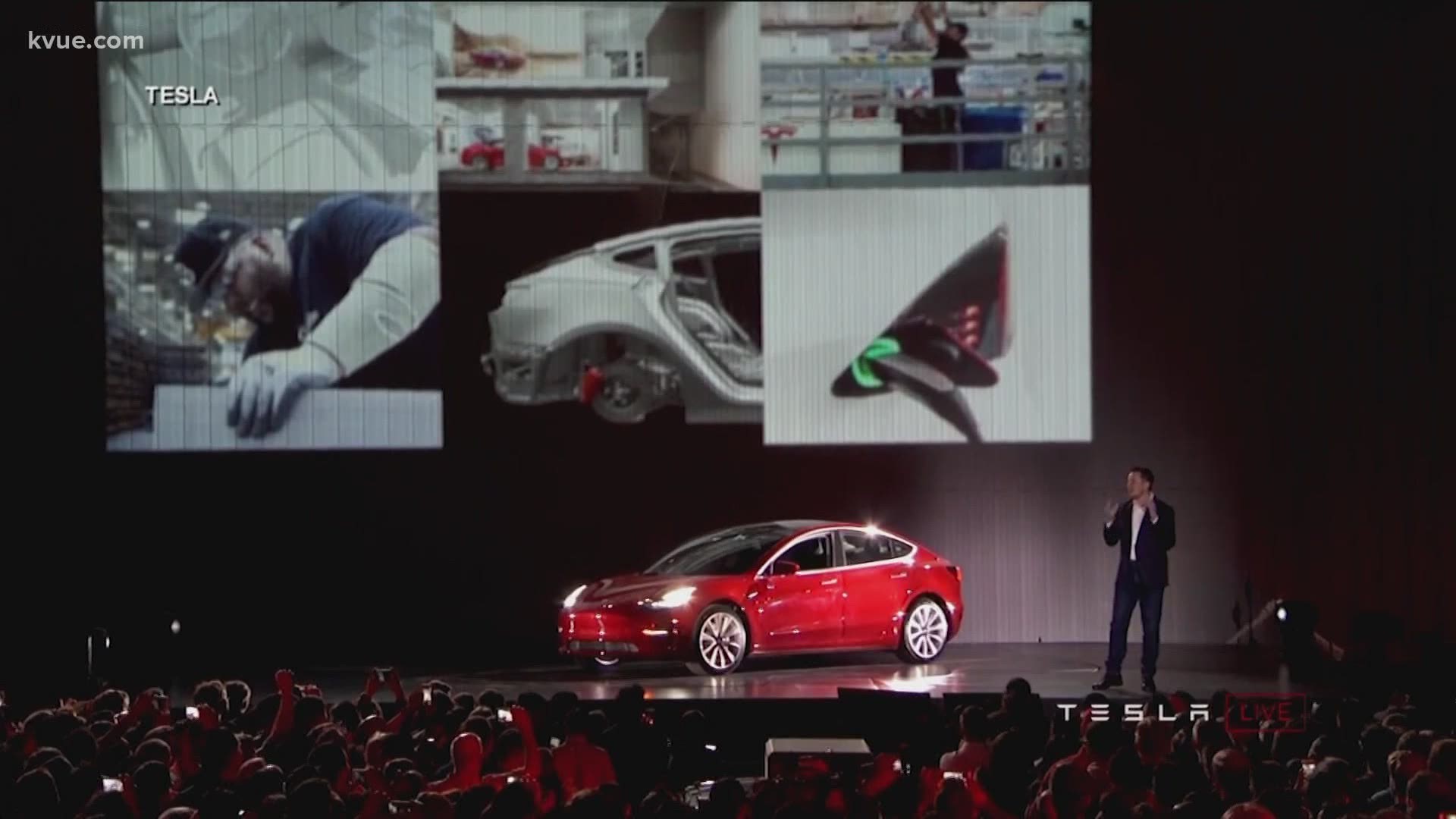 TRAVIS COUNTY, Texas — The Tesla "Gigafactory," which is set to be constructed in Travis County, is expected to bring 5,000 jobs with salaries starting at $35,000 annually.

The Austin Chamber of Commerce said Tesla will also bring thousands of new non-Tesla jobs due to its secondary economic effects.

"This is game-changing for Austin in a whole variety of ways. But I think of this as sort of an economic development trifecta," said Laura Huffman, the president and CEO of the Austin Chamber of Commerce. "Not only is Tesla going to add 5,000 jobs at a time when we're seeing high unemployment, but these jobs are going to be the kinds of jobs that lead to career pathways."

Huffman said the chamber also expects to see an influx in the Del Valle Independent School District, saying the area will "become the center of the transportation sector in innovation and technology."

Huffman said there will be a variety of jobs, including entry-level, needed at the Tesla site.

Timeline: Is a Tesla factory coming to Austin?

"We're looking at construction, engineering, manufacturing, operations, information technology and design," said Huffman. "And one of the things that I think is most beneficial to our community about Tesla coming to Austin is that, not only are they going to look for workforce from our community, from people that we have right here, right now, but they're going be partnering with local educators to make sure that the job training is in place. So we're going to be building skills in these areas as they build the site and as they hire their teams."

In a presentation to Austin City Council last week, Tesla described what it's looking for in its workforce.

"Number one, the factory will need a very diverse workforce. And two-thirds of that workforce will need to be entry-level. So those are production associates mainly and material handlers, and that kind of work requires a high school degree and a willingness to learn," said the Tesla representative.

He said Tesla also needs "the best engineers and scientists in the world."

For more details on the Tesla deal, click here. And to keep an eye on Tesla career openings in the Austin area, click here.