The San Francisco-area company had reportedly been weighing its options in Austin. 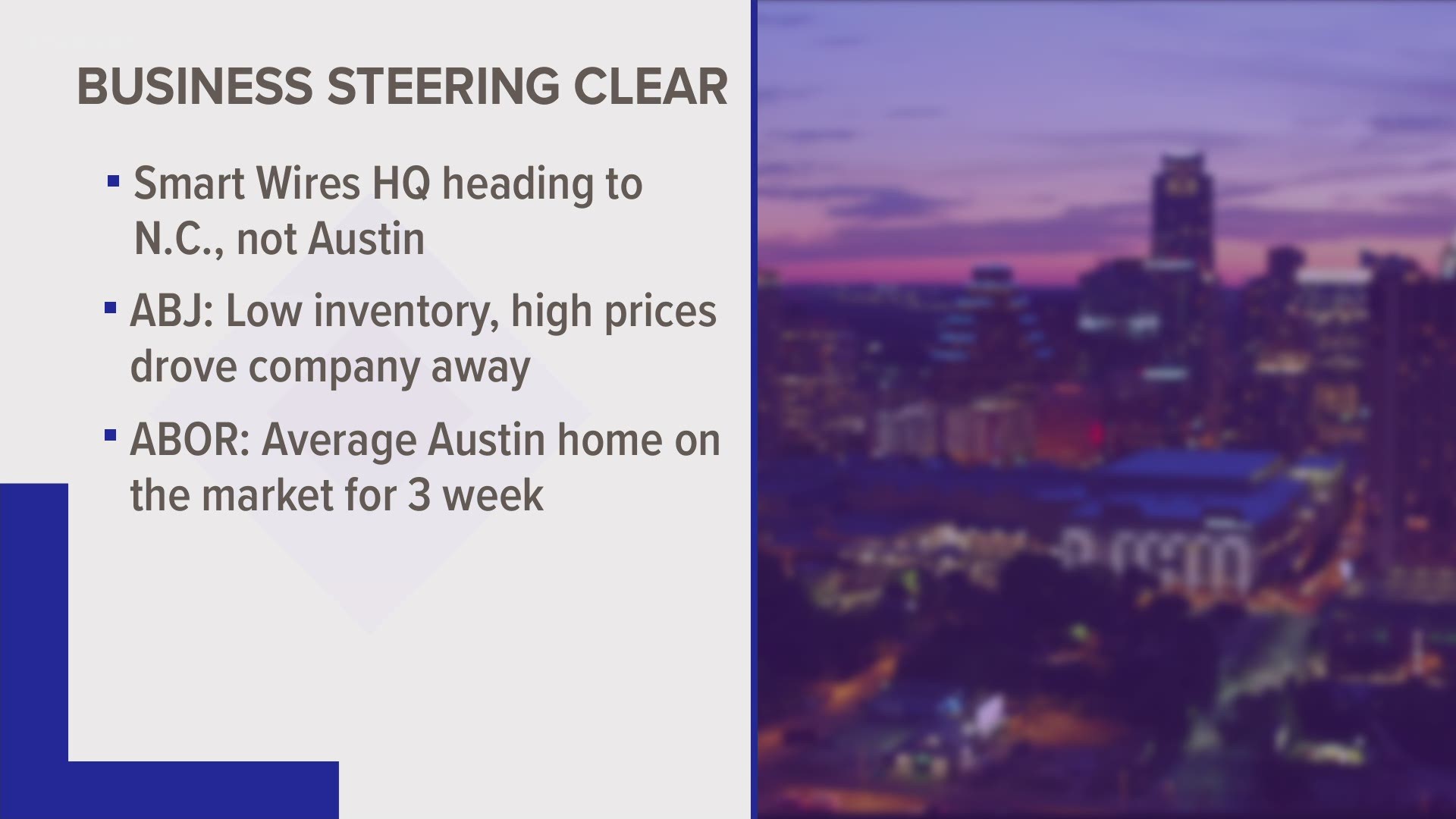 AUSTIN, Texas — A Union City, California-based tech company has elected not to choose Austin for its new headquarters and will instead be packing its bags for North Carolina, according to the Austin Business Journal.

A press release from the company, Smart Wires, states the company announced the news Wednesday. It will be leaving its home in Union City, California, to Triangle Park, North Carolina.

The release states that the company's move will strengthen its U.S. presence and position Smart Wires to support strong momentum across its "key growth markets."

CEO Peter Wells said the company plans to relocate some U.S. employees to North Carolina, as well as add 250 new employees to its national operations over the next five years.

"The decision to relocate follows significant company and market growth," he said. "With the rapidly increasing demand for grid enhancing technologies around the world, we're at a critical inflection point in our journey. Choosing the right strategic location for our Headquarters is key to our future success as we continue to help electric utilities across the globe solve their biggest challenges and evolve their grids."

According to the Austin Business Journal, the company's decision could mark a shift in the trend of companies fleeing California's tax policies for the tech hub that is Austin. The article lists housing costs as a potential factor in the company's choice.

According to a June report from the Austin Board of Realtors, the median sales price for a home in the Austin-Round Rock MSA was $482,364, which was an all-time record.

“In June, and in the first six months of the year, we saw a confirmation that Austin’s housing market is one of the strongest in the nation,” Susan Horton, 2021 ABoR president said. “Our market has established its own new normal, as median prices climb while inventory remains low. With the unprecedented growth our region continues to experience, we can expect these trends to continue.”

The Austin Business Journal reported that access to engineers was a critical factor for Smart Wires.

"Not only is North Carolina a strong hub for smart grid businesses, it also provides significant access to talent, R&D partnerships, manufacturing know-how, and exceptional infrastructure that is continuously growing and improving," Wells said. "This move provides the ideal support for rapid and sustained growth, and better positioning for our global customer base, and manufacturing and supply chain partnerships."

Smart Wires is a global power technology company that specializes in clean electricity. It has a global workforce of 200 employees across four continents.