One of the locations is in Austin. 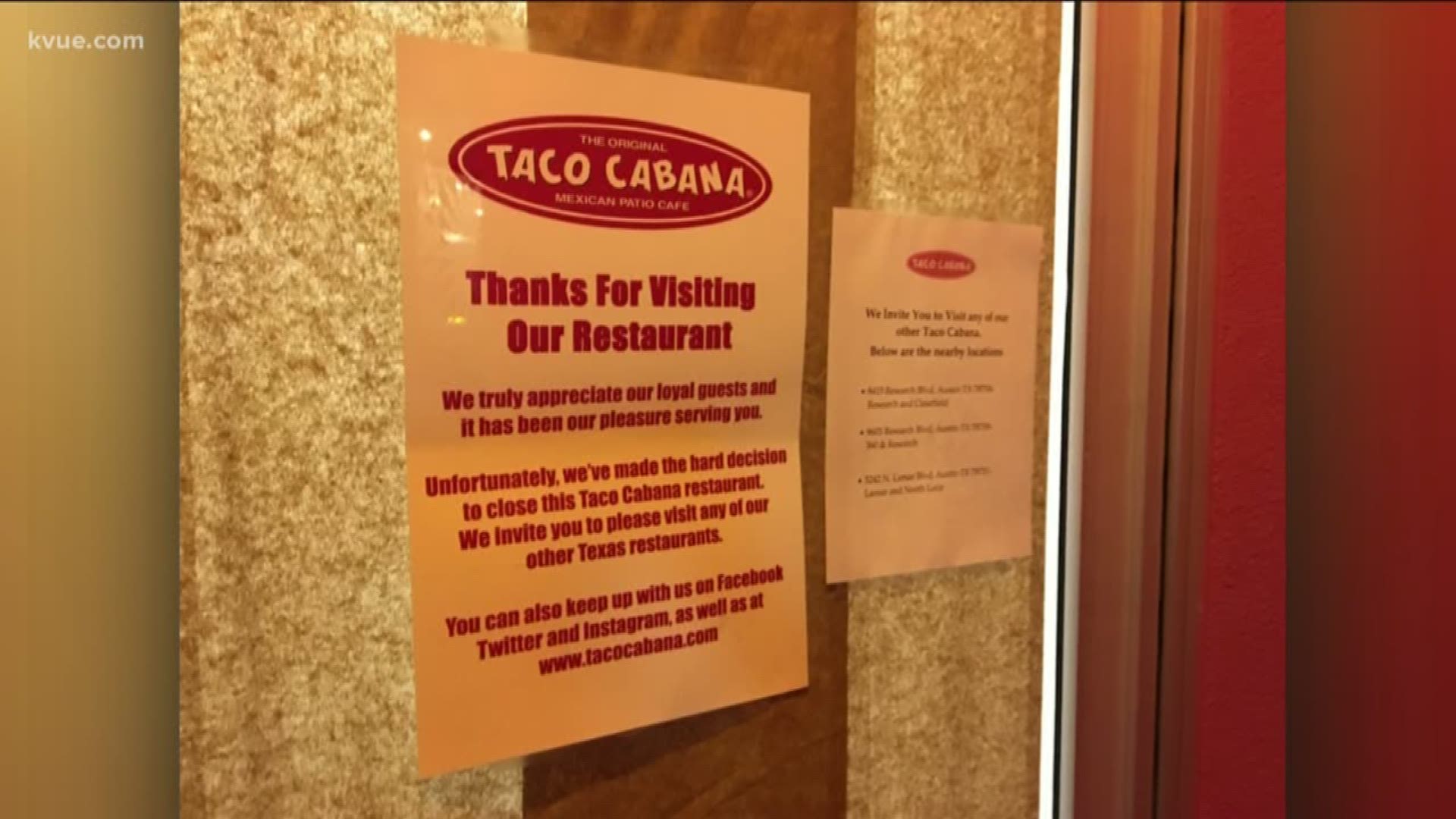 AUSTIN, Texas — Taco Cabana is closing 19 locations across Texas, according to the chain's parent company, Fiesta Restaurant Group. The closures are effective immediately.

One of the locations that is closing its doors is the Taco Cabana at 8620 Burnet Road. There are notices posted outside the location, telling customers about the closure. According to our partners at Austin360, the Burnet location is the only greater Austin area location that will be affected, as the majority of the 19 closures are coming from the Houston and Dallas-Fort Worth areas.

The restaurant owners said most employees at the closing locations have been offered jobs at other Taco Cabanas.

WATCH: Thai, How Are You? restaurant on The Drag to close