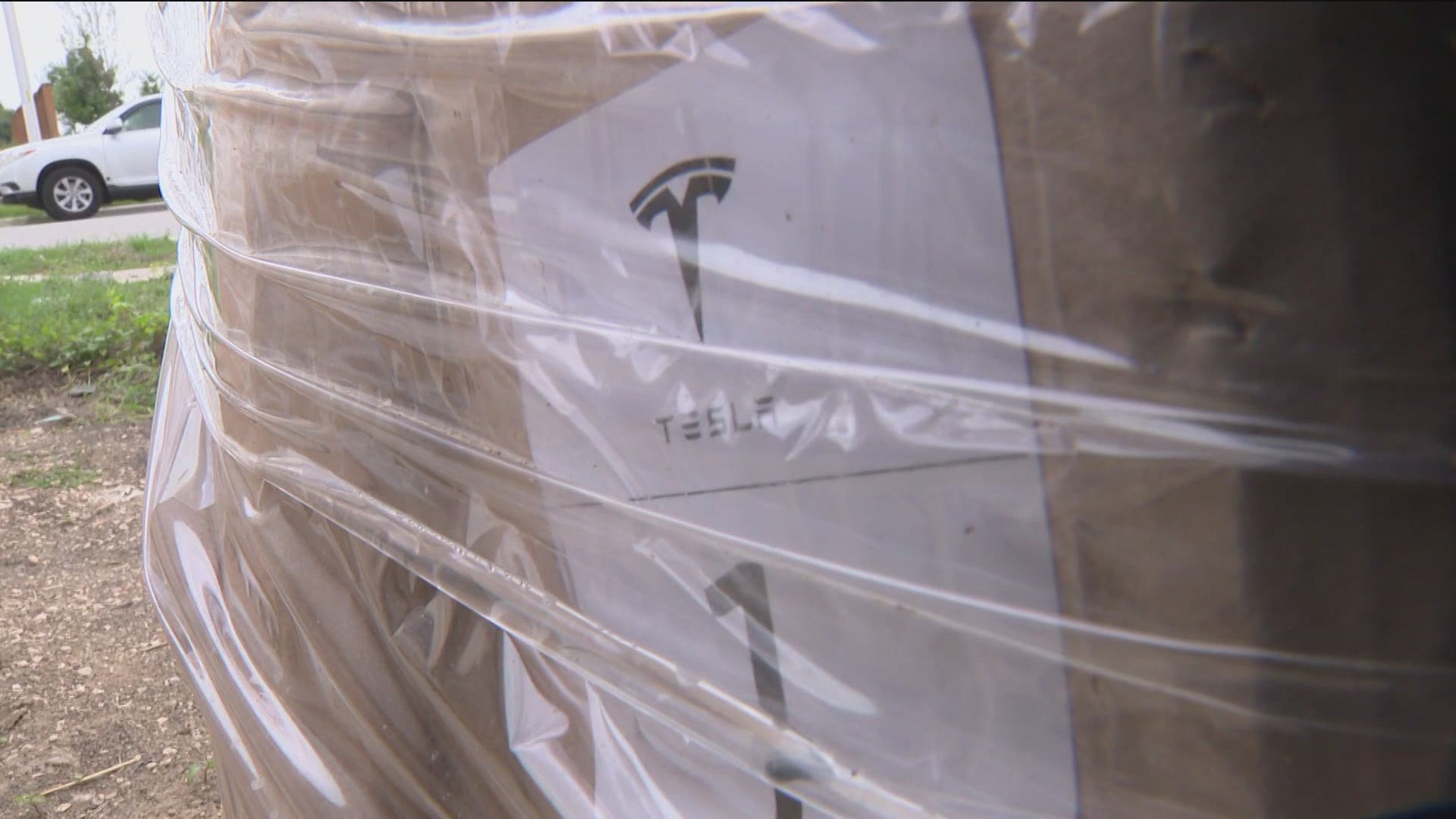 AUSTIN, Texas — The nation's most sustainable community in the southeast neighborhood of Easton Park, near William Cannon Drive and McKinney Falls Parkway – that's what Tesla Energy, Brookfield Asset Management and real estate developer Dacra want to do with SunHouse at Easton Park.

The developers said the project will have sustainable features installed in phases to allow for ongoing learning and innovation.

Brad Chelton is the Texas President for Brookfield Residential.

Besides the Tesla solar tiles, he said it's Teslas' Powerwall 2 battery storage that makes this technology feasible.

"Typically, historically, solar, you make power during the daytime when you may not need it because people are at work or school, things like that. But then when you need it, the sun's not shining in the evening. What the battery does kind of solves for that," Chelton said.

Dacra CEO Craig Robins said, "our goal is to establish that fully sustainable neighborhoods are not only viable but the best practical and economical choice."

"I own a fitness business. I'm a personal trainer. A lot of my clients own Teslas. And I asked them, 'Hey, is it really, you know, what it's cracked up to be?' And every single one of them has had such great things to say about, you know, owning a Tesla. So putting that aside, to now know that brand is attached to the neighborhood that I live in. And it wasn't like, 'I chose Eastern Park because of that. It's just I'm living here.' And that's a part of what the next phases are. As you mentioned, the future of Easton Park is so freaking cool," Johnson said.

The first phase, which is around a dozen or so homes, go on sale next month. He said those should be complete by the end of the year.

The neighborhood will be developed on land in Brookfield Residential’s Easton Park master-planned residential community in southeast Austin but will be designed and marketed separately, according to the release.

Sustainable features include Tesla V3 solar roof tiles and Powerwall 2 battery storage installed at homes in the community. The community will also incorporate EV charging stations in each home.

Developers anticipate residents of these homes will produce sufficient energy to supply daily needs and reduce the daily demand on the electric grid. Residents will be provided with backup storage in the event of a power outage, and potentially could be compensated for returning power to the energy grid.

The first phase of installation began in June, with a sampling of homes under construction. The initial installations will provide insight and information on product integration, which will guide the installation at the next phase of significantly more homes, the developers said.

“The City of Austin is excited for the arrival of these affordable options to housing powered by renewable energy,” said Austin Mayor Steve Adler. “I am excited for the Tesla, Brookfield and Dacra partnership’s approach to sustainable energy and housing as an example of the out-of-box thinking that continues to make our community a beacon of innovation for the rest of the country and world.”

Homebuyers are invited to register their interest with the Easton Park team.

Three dead after vehicle rolls off overpass in southeast Austin