The new runway is just one piece of a larger construction project that will set Austin’s airport up for years of future success. 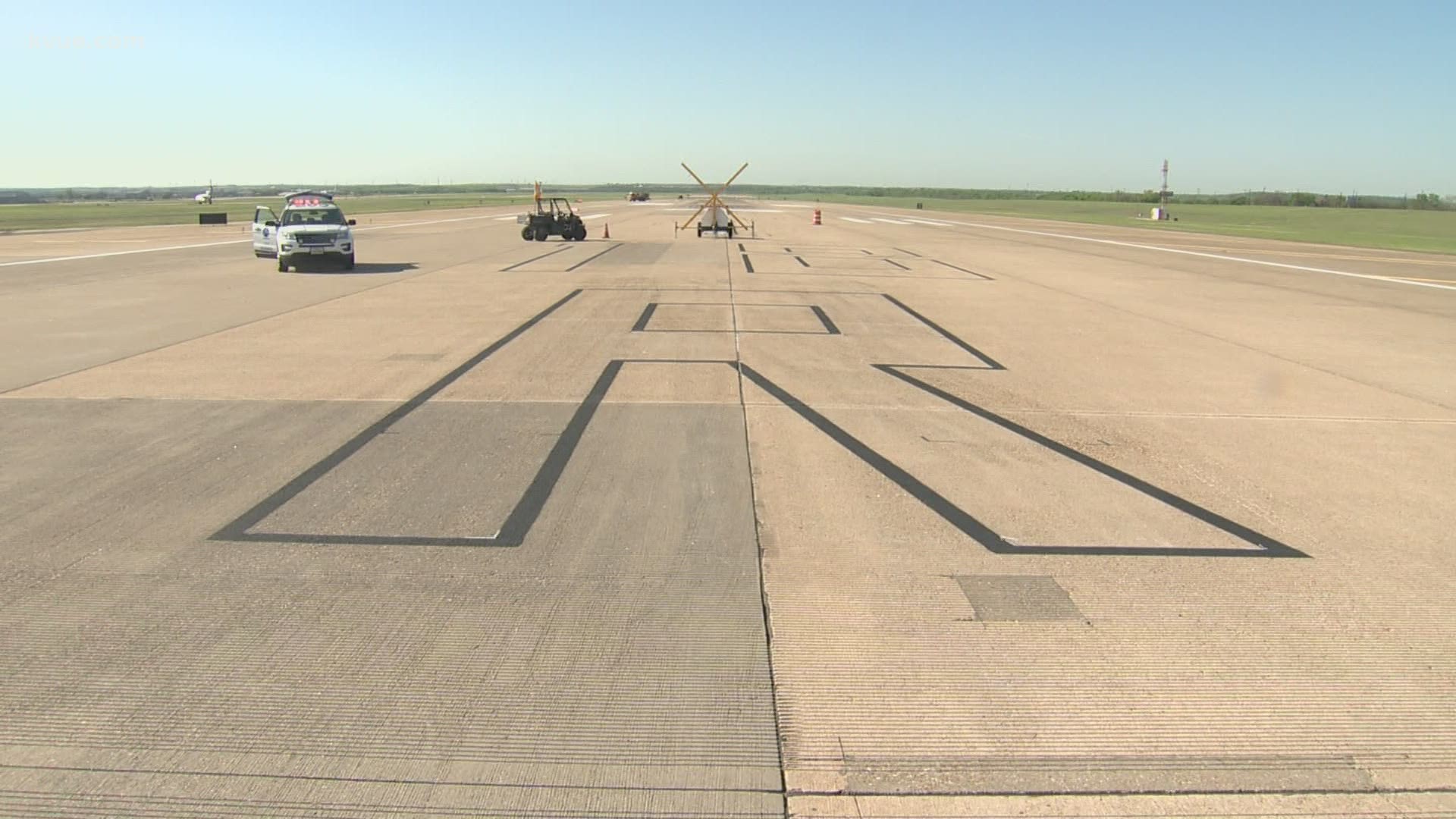 AUSTIN, Texas — Flying in and out of Austin’s airport may look different for people who choose the window seat and have an eagle eye.

The updates are not very glamorous. They are part of a $10 million, 27-month long project to improve the lighting, signage and pavement on the runway. The project, which started in June 2020, is funded through Federal Aviation Administration airport improvement grants and airport sources.

One improvement, though, is scientific, and it doesn’t happen very often.

Since Austin’s airport opened in 1999, one of the runways has been numbered 17R/35L. But every year, the Earth’s magnetic pole has shifted by about a 10th of a degree. It shifted so much that the runway had to be numbered 18R/36L.

According to the FAA, runway numbers and letters are determined by the approach direction of aircraft. The number closest to where the centerline aligns with magnetic north determines the runway number, and the letter is based on which side of the terminal the runway is located.

In Austin, the centerline has for decades aligned more closely with 170°.

“There's a certain level of variance we are allowed to have. But as it gets a little bit closer to 180° versus 170°, the FAA requires us to renumber both our runways, our signs, all of our other pieces of information that we provide to the airlines,” Dubee said.

The changeover happened at 4 a.m. on Thursday after months of work.

“Shutting down a runway for any amount of time is a significant event for an airport,” Dubee said.

But because of the timing of the project, the construction on the runway has not impacted any of the airport’s operations. When the project started, air travel was down by about 82% at Austin’s airport. Overall last year, travel dropped about 63% due to the ongoing coronavirus pandemic that slowed air travel across the world.

The airport’s other runway, which will be renumbered as 18L/36R, will now close for additional work on the painting and signage. The full project is expected to be completed next year.