Construction on the 6-million-square-foot facility is expected to begin in January 2022, with production to be "up and running" by the end of 2024. 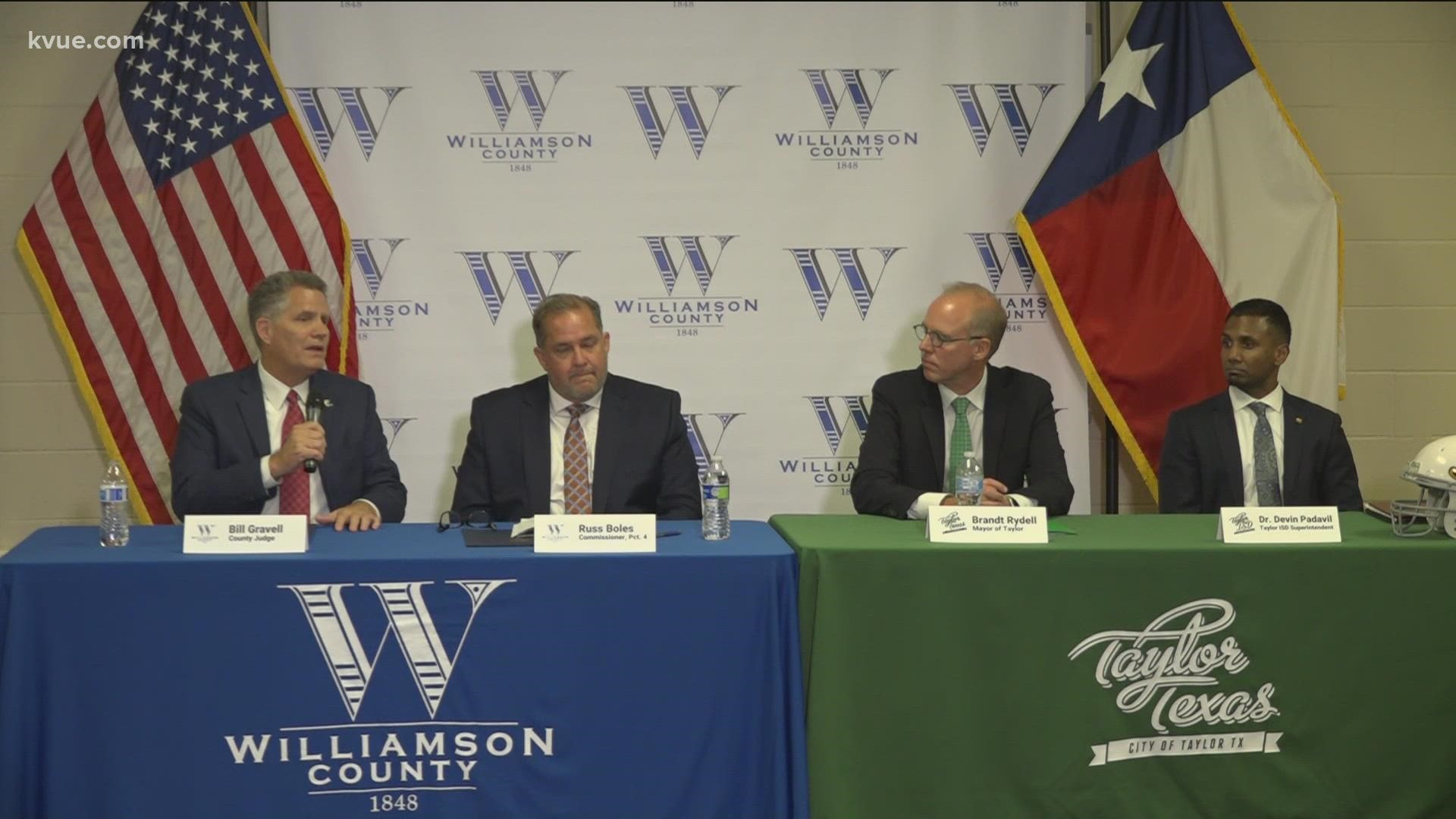 The court and City of Taylor both voted 4-0 to approve the new tax incentives plan. The Williamson County Commissioners Court, specifically, approved a Chapter 381 performance-based agreement.

The agreement states Samsung must build a minimum of 6-million-square-feet of facilities by Jan. 31, 2026, meet incremental construction deadlines and create 1,800 full-time jobs. If met, Williamson County will grant Samsung a payment equal to 90% of ad valorem taxes it paid for the first 10 years of the agreement and 85% for the second 10 years.

Chapter 381 agreements incentivize companies to "stimulate, encourage and develop business and commercial activity in a county," according to a press release.

“This agreement is a win for Williamson County because it is performance-based. Williamson County first collects all taxes on the assessed value of the company and does not grant back any funds until performance measures have been met,” Precinct 4 Commissioner Russ Boles said in a statement. “This allows us to be competitive in recruiting large companies, such as Samsung, while holding them accountable to their promises for the jobs and improvements they will bring.”

Although both Taylor and Williamson County officials have been moving forward with the development, Samsung has continued to deny that it has chosen the city for its new $17 billion facility, which Austin was also considered for.

Ed Latson, who leads Austin Regional Manufacturing Assn, now speaks in support of Samsung moving to Taylor. Interviewed him yesterday, he added Hutto-Taylor is ripe for major development. If Samsung doesn’t choose Taylor, somebody else will. pic.twitter.com/wDdfghrl0U

"No decision has been made by Samsung on a site for a potential expansion," Samsung said in a statement to KVUE on Sept. 6. "All sites are under consideration and each community is performing the appropriate due diligence to put themselves in the best position for this opportunity. The actions by Williamson County and City of Taylor are part of their due diligence. We are honored to have such thoughtful consideration from all of the sites."

In July, Samsung had also filed for an incentives deal with Taylor ISD, which would provide the company with a $314 million tax break over the next 10 years.

“I voted in favor of this agreement because of the opportunities this will bring to the students in Taylor schools,” County Judge Bill Gravell said in a statement. “In addition to the more than $245 million estimated tax revenue the school district will collect, our agreement calls for Samsung to hire 24 interns. This will give them opportunities with an international company that would not have otherwise been possible in Taylor.”

Students also spoke at the joint council-commissioner meeting Wednesday night, highlighting the desire for Samsung to set down fresh roots in Taylor.

"A concern that's been among my peers and I is what happens after graduation," Samantha McIntire, the president of the Taylor High School student body this year, said. "We just have to have it come to Taylor and see it evolve and just have a chance to even encourage such a development."

If finalized, construction on the facility is expected to begin in January 2022, with production to be "up and running" by the end of 2024. The agreement also includes road improvements "necessary for safety and mobility around construction."

'I knew it was the right thing to do': Man out on bond chose high road, helped SAPD officer during fight