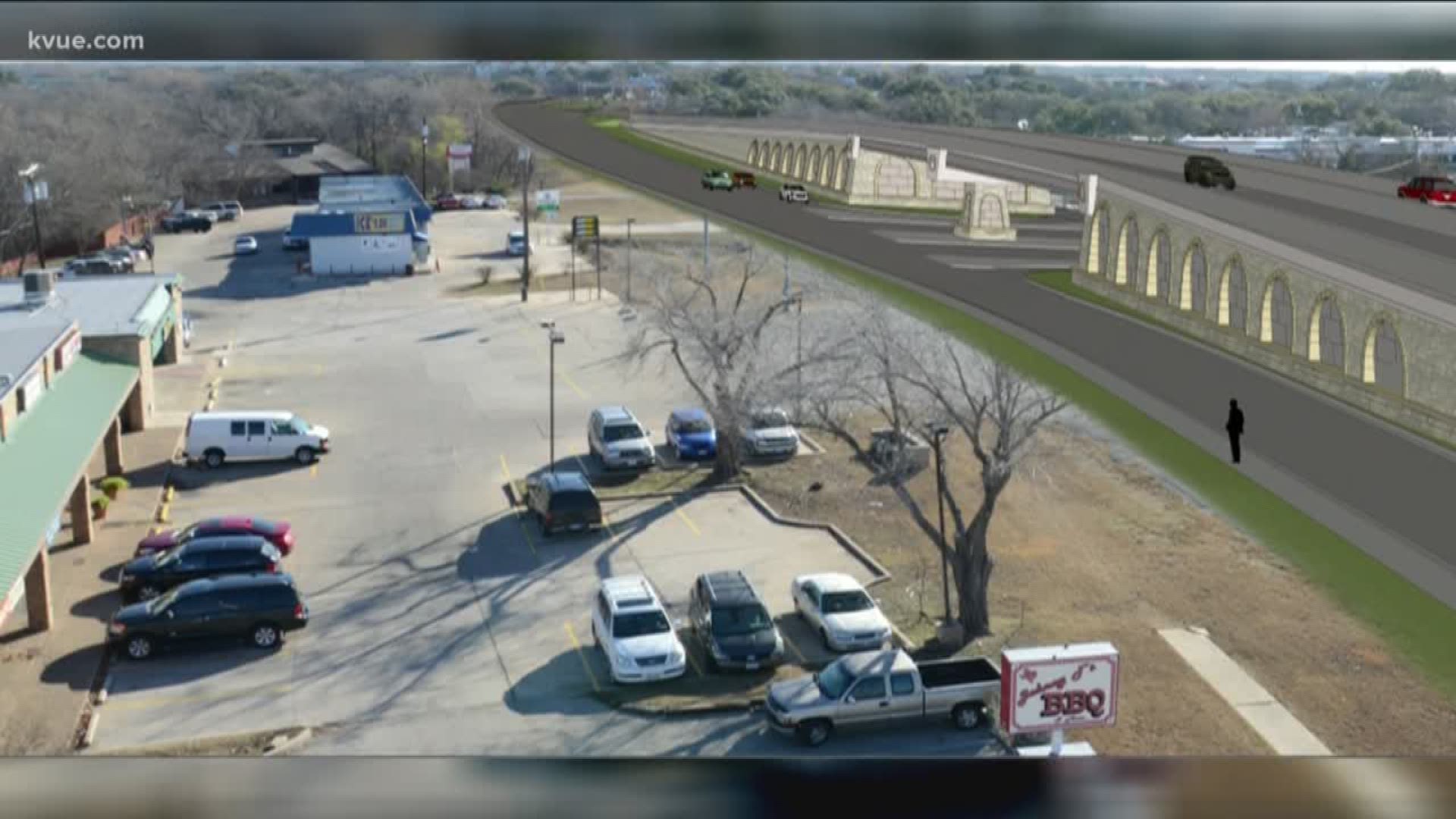 ROUND ROCK, Texas — Crews broke ground on another project on RM 620 Wednesday morning.

The Texas Department of Transportation started the project at 10 a.m. on Wednesday to revamp the area around Chisholm Trail, which is near Round Rock High School.

Here's what the project will do, according to TxDOT:

TxDOT Engineer Tucker Ferguson said the project cost $27.4 million and will not only help to ease daily traffic congestion but be especially helpful for emergency personnel.

"With St. David's Round Rock Medical Center being right in the vicinity of this project, I'm sure many times emergency vehicles have been stopped going by and this train, and now they could literally save lives by getting patients to the hospital in a more timely fashion," Ferguson said.

But not everyone in the area is excited about the project.

Miles Lackey, a Round Rock High School senior, said he does think the roundabout will help.

"I like it because traffic here gets really bad, after school especially," Lackey said. "When they finally get it done, it will be a lot clearer."

The project is expected to take two years to complete.