How some restaurants are expanding during the COVID-19 pandemic

While many businesses have closed their doors for good, some restaurants are seeing growth, even if that means doing business differently. 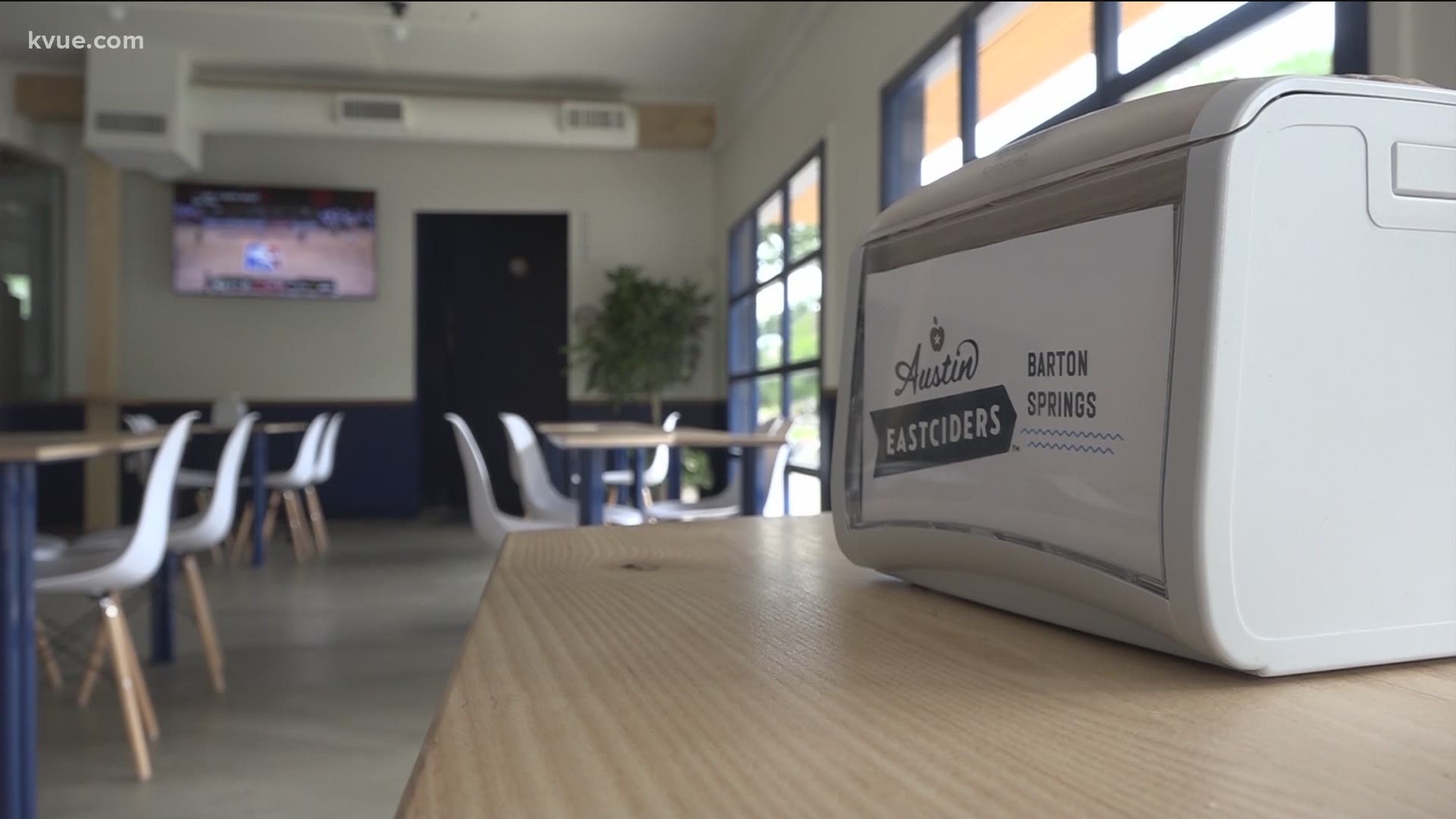 AUSTIN, Texas — Recently, Yelp reported that out of the 1,449 total business closures – both temporary and permanent – in the Austin-Round Rock metro area between March 1 and July 10, 155 of those were restaurants.

But there are some restaurants that are actually continuing to expand during the COVID-19 pandemic.

"You know, you have to be creative," said Dr. John Sibley Butler, the J. Marion West Chair for Constructive Capitalism at the University of Texas at Austin. "And if you look at those who have survived – the question is, the business model has to change. 'Will you stop being a restaurant? Will you become a supermarket?'"

Some restaurants have turned into supermarkets while some have simply expanded and are already doing well despite the pandemic. Let's break down who is doing what around Austin.

A popular Austin brand known for its taproom and hard ciders recently stepped into what is, for them, uncharted territory: opening a restaurant with an outdoor patio.

Credit: Luis de Leon
A sign telling customers to enter through the back patio at Austin Eastciders on Barton Springs Road.

According to Dave Rule, the vice president of marketing for Austin Eastciders, the restaurant opened on Barton Springs Road on July 27. But opening during a pandemic wasn't part of the plan.

"It’s been a unique challenge, but it’s been great," Rule said. "Working with bars and restaurants in the community, we’ve brought on a bunch of experts in the field. You know, culinary to operations and a lot of those partners that we have, they had a lot of best practices that we could pull from before we opened so we were sort of able to learn from a lot of other people’s trial and error."

Rule added that the planning for a restaurant had been in the works for several years, and things really got moving in November. But when the pandemic hit, construction slowed and the opening date was delayed by several months.

"We’ve had two-hour, three-hour waits on Saturdays but, you know, you have your values and you have your standards and so far that’s working out," Rule said. "The focus is, 'Let’s do it right. Let’s take care of our teammates, our coworkers, make sure they’re in a safe environment.'"

Satisfying your sweet tooth is a little easier now since Nothing Bundt Cakes opened a new bakery in Georgetown this month – the only Central Texas expansion since March, according to CEO Kyle Smith.

"We had to struggle with the same struggles to figure out – how do we make our products safely available to our guests," Smith said. "We found a resiliency in the brand, need from our guests to put a little bit of normal, a little bit of joy into their lives."

Overall, Smith believes what potentially hit the sweet spot for success during the pandemic is, quite simply, demand.

If you visit Republic Square in Downtown Austin, you'll notice a new building ready to serve all who pass by. Salt & Time officially opened their cafe on Aug. 14.

The company, known for its meat and East Austin restaurant and grocery store, swtiched to to-go and curbside because of the pandemic. They also recently converted into a full grocery store, which could likely stay that way until the end of the year, according to owner Ben Runkle.

"We have challenges navigating the sort of consumer concerns, the fact that there's not that many people in the offices, all that's affecting our business but we aren't having to fundamentally change how we operate here," Runkle said. "It's more important than ever to support local businesses during the pandemic."

According to the popular barbecue joint's website, Stiles Switch BBQ will be opening a location in Cedar Park soon at 800 W. Whitestone Boulevard, Suite, A-1, shown in the photo below.

Stiles Switch BBQ did not respond to KVUE's request for comment.

Credit: Luis de Leon
The plaza which the new Stiles Switch BBQ will go in.