City officials will implement the "Rainey Street, Shared Streets" pilot, closing off the road to car traffic similar to what is done on Sixth Street on the weekends. 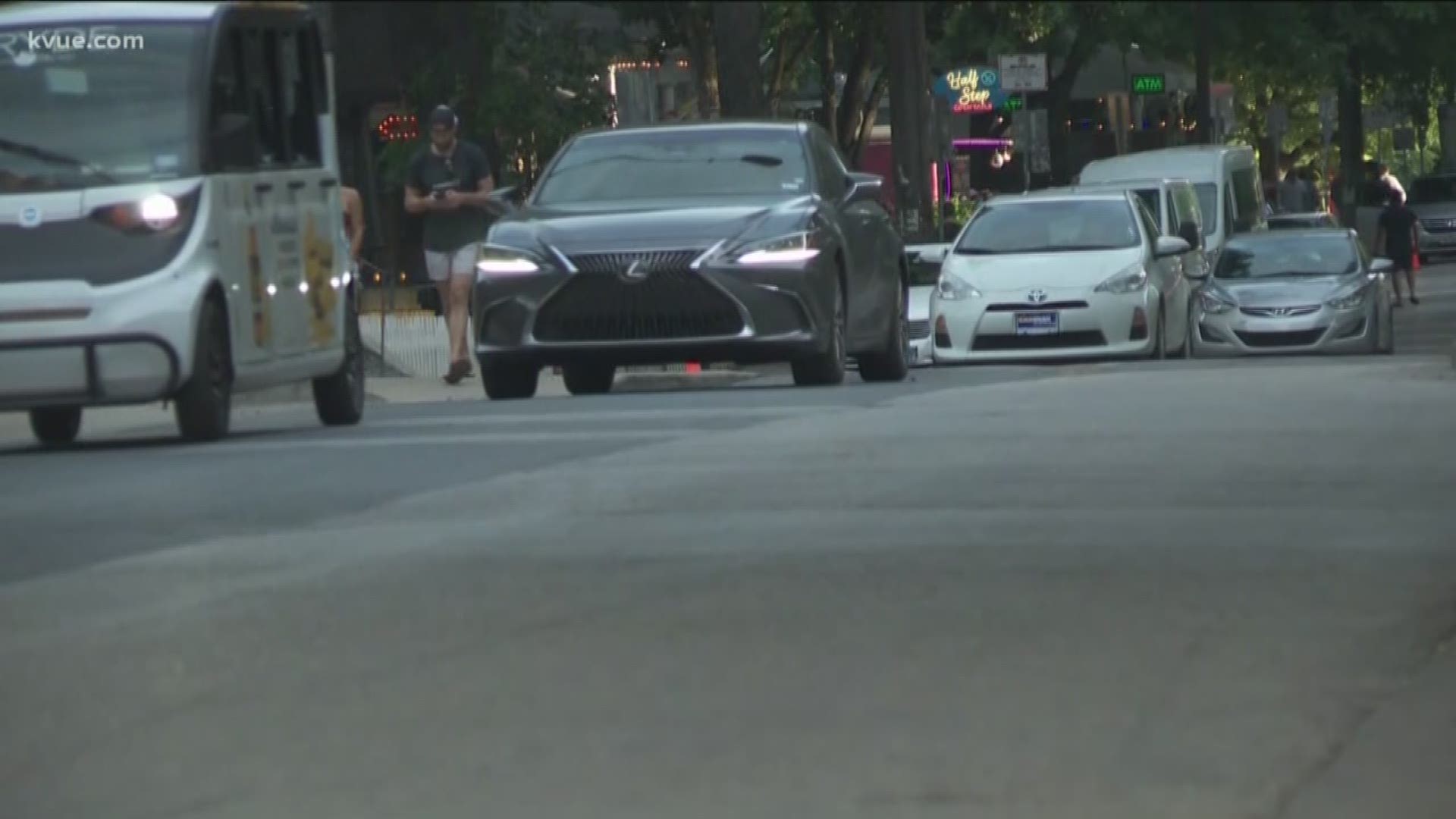 AUSTIN, Texas — Rainey Street, a popular entertainment district in Downtown Austin, has thousands of visitors every weekend. However, with too many cars and people and not enough space, it has become a safety hazard.

Starting Thursday night, that will change.

Every Thursday night to Sunday morning from 9 p.m. to 2:30 a.m., Rainey Street will be closed to vehicular traffic from Davis Street to River Street.

This includes motorcycles and large pub crawl-like vehicles, according to Liane Miller, a program manager with Austin Transportation.

Bicycles, scooters and smaller pedicabs will still be permitted along the street.

"This area has grown rapidly over the last 10 years, and so we are balancing a bunch of different needs in this area and we just want to try this pilot to see what might work going forward," Miller said.

Austin police will monitor the closure, using barricades to close down the road, Miller added.

This pilot will look similar to the closures that take place on East Sixth Street every weekend.

Drop-off zones will be arranged for individuals being dropped off at Rainey Street.

The pilot, proposed in June 2018, will analyze the effects of traffic mobility and pedestrian safety, as well as the closure's impact on residents and businesses in the area.

The pilot will last from Dec. 5 through March 8.

DPS director gets warning for weaving, driving 90+ mph on I-17