The developments are expected to create 1,000 residential units, along with affordable housing options. 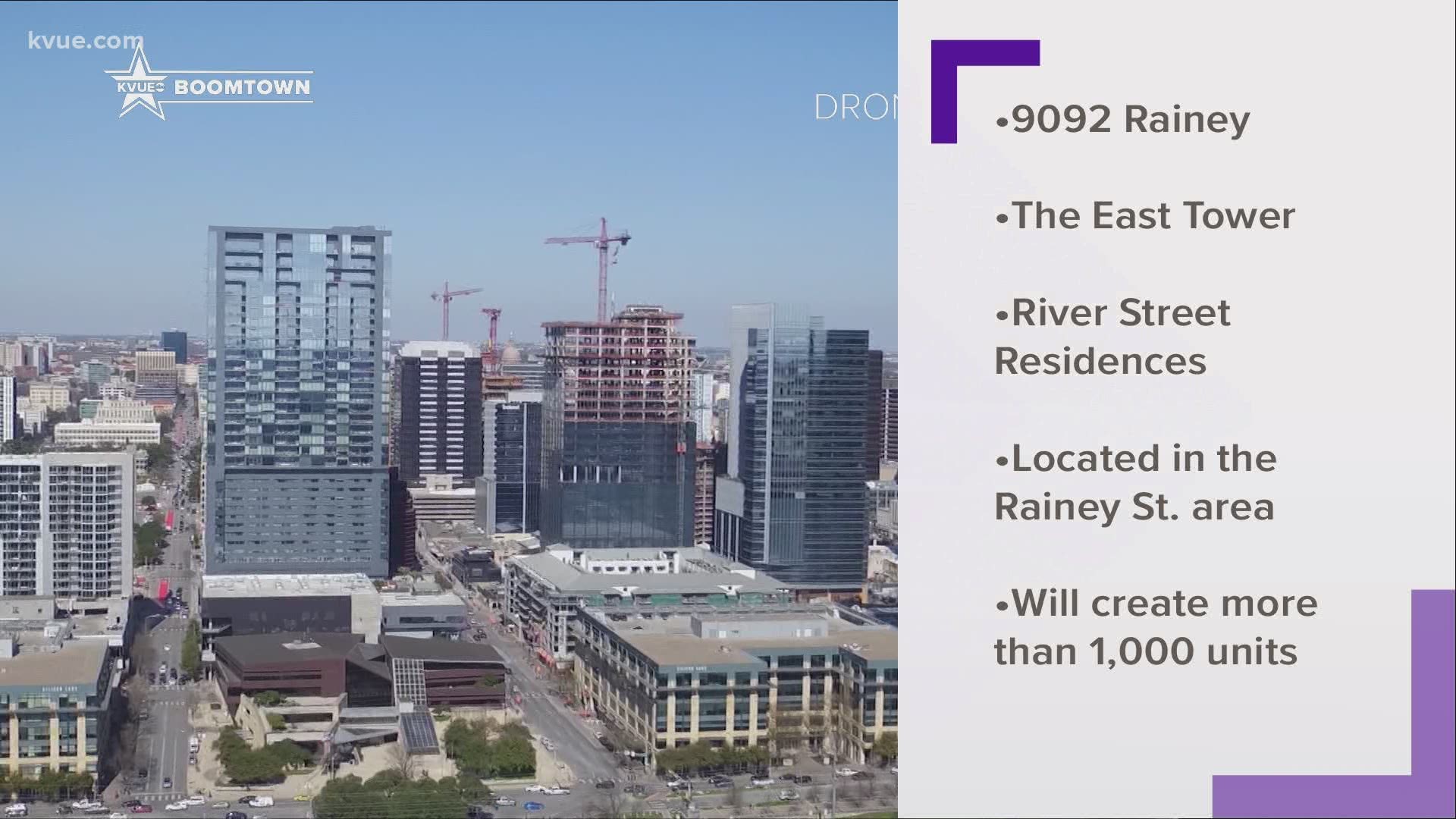 AUSTIN, Texas — The Austin city skyline is set to change yet again with the approval of three new high-rises.

According to the Austin Business Journal, city council members recently approved the developments of 9092 Rainey, The East Tower and River Street Residences.

The report states that the towers will create more than 1,000 residential units in the Rainey Street area. The new projects are also a part of the Downtown Density Bonus Program, which aims to create affordable housing.

The city council will meet again on April 22 to continue the discussion about the program. The journal reports that the program was created in 2014 and has not been updated with new ways to calculate affordable housing requirements to reflect Austin's current economy.

These density bonuses allow developers to surpass the typically allowed floor-to-area ratios. This can translate to taller buildings for small sites downtown.

According to the report, only Councilmembers Ann Kitchen and Kathie Tovo voted against the three density bonuses.

To read the full report, including more information about the three tower developments, click here.