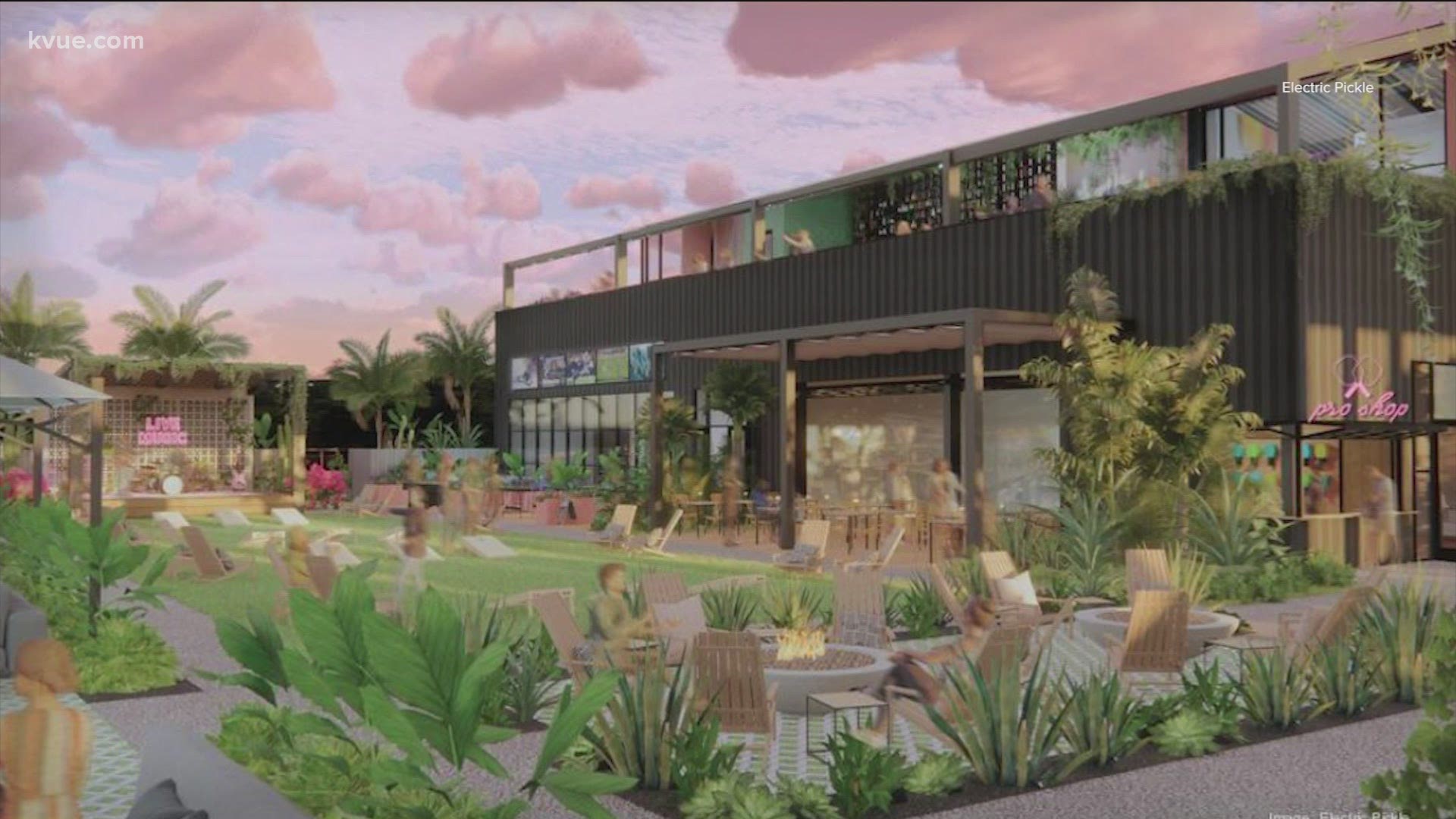 AUSTIN, Texas — Three new restaurants are reportedly in the works for the Austin area with a special theme – pickleball.

According to a report from the Austin Business Journal, a California-based restaurant group has teamed up with an area landlord to bring the three establishments to the Austin metro by 2023.

Called the Electric Pickle, each complex is expected to feature 12 pickleball courts, a two-story restaurant with a patio and rooftop bar, cornhole and bocce ball courts, a lawn for live music, fitness classes and space for other group gatherings.

The report states the first location will open at 580 Spanish Oaks St. in Cedar Park by the end of 2022. Two additional locations are slated for Bee Cave and on Burnet Road in North Austin by 2023.

Pickleball is a fast-growing sport that combines elements of tennis, badminton and ping-pong. It even has its own national organization, USA Pickleball.