The cost of growth: What Pflugerville's $96.7M bond proposal would mean for residents

In May, people living in Pflugerville will be able to vote on a bond to improve roads across town. 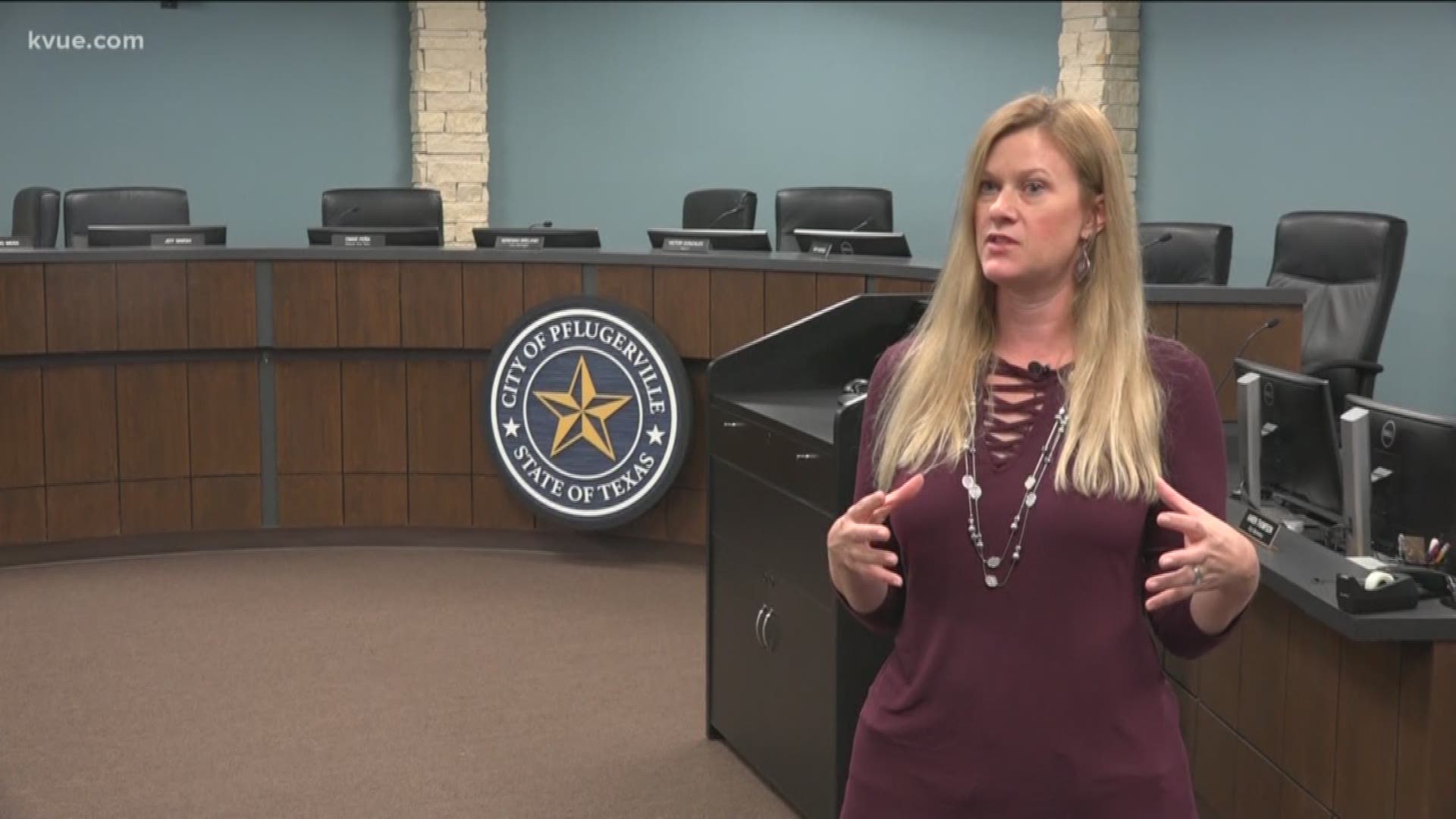 PFLUGERVILLE, Texas — Come May, Pflugerville residents will be voting on a transportation bond to improve roadways across the city. Initially, the 2020 Capital Improvement Bond Committee proposed a bond worth $188 million to improve roads and recreation. City Council approved $96.7 million of those improvements just for transportation.

Earlier this month, the Bond Committee proposed $101.7 million in improvements, studies and designs for roads in Pflugerville. City Council knocked that down to $96.7 million.

"A lot of the bond cycles are about five to six years," Melody Ryan, one of the members of the Bond Committee, said. "You don’t really want to put more on a bond than you can accomplish in that time.

Ryan said she expected the council to not approve every recommended change, but was surprised when it approved nothing in the Parks and Recreation portion of the bond proposal recommendations.

Part of the $96.7 million is for studies and engineering designs. Those portions could cost taxpayers $14 million, a price that one resident says is far too high without enough explanation.

"It’ll be easier if they are more upfront about [the costs] and just letting us know, 'Hey, this is what we’re looking at, why we’re spending this money ... who is getting the contracts,'" John W. said.

Ryan understands the price is high and calls initial reaction by some residents "sticker shock."

"I totally understand that there are concerns about tax rate increases; I'm concerned about that as well," Ryan said.

Credit: Citizen Advisory Committee/Gap Strategies
Each blue or green dot marks a different location that could be impacted by the originally proposed $188 million bond.

Some of the proposed studies and designs will be on FM 685, Main Street, East Pflugerville Parkway and East Pecan Street, according to the Bond Committee's presentation.

"These are projects that are coming down the line, and we know about it so we need to do this to get ready, to be prepared if other funding sources become available," Ryan said. "If they don’t become available, then in a future bond we would be ready and have more information about what we’re going to do with that road and how much it’s going to actually cost."

Ryan added other funding sources may include partnerships with the state or county.

The bond would cost the average Pflugerville homeowner $50.76 a year in additional taxes. The cost would be $1.67 monthly per $100,000 taxable appraised property value.