'People want to show their love and pride for places like this': Vulcan Video gets support from the community 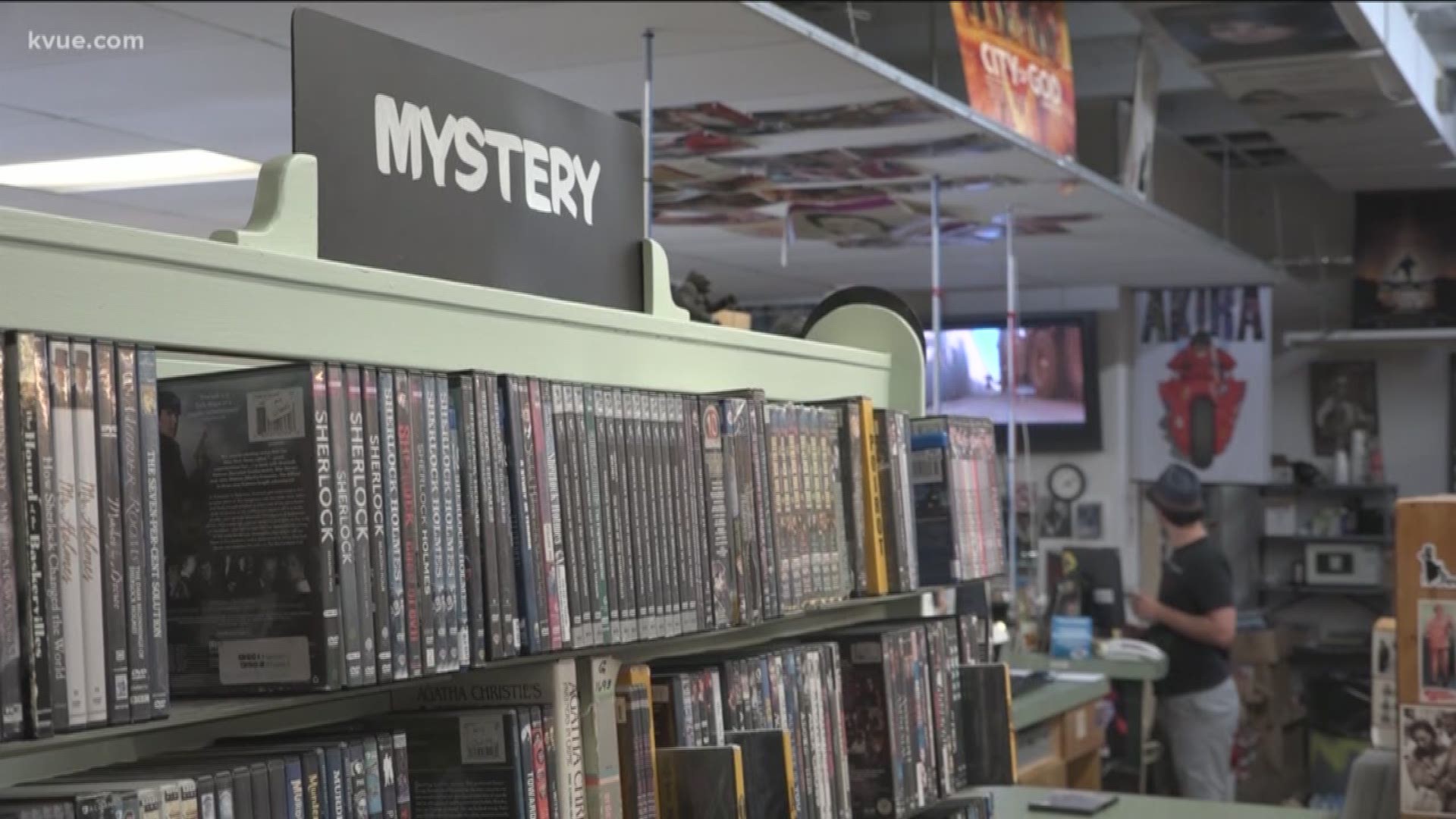 AUSTIN, Texas — Vulcan Video first opened in the 1980s and since then has been known as a unique video store.

Step inside and you'll notice the shelves are filled with thousands and thousands of movies from all over the world.

"It has every movie you could think of from every country," said Brent Carmona, a regular at the store. "I love this location, man."

RELATED: Vulcan Video is throwing a party to thank customers and raise money to stay open

The store started off at a location just behind Guero's on South Congress Avenue. Several years ago it moved to its current location just off Ben White Boulevard.

"The epitome of a mom-and-pop shop," said operations manager of Vulcan Video Matt Taylor. "This is my, like, home in Austin."

RELATED: There's only one Blockbuster Video store left in the world

As the years went by, rents continued to rise. Combine that with Netflix, Hulu and other kinds of ways to watch movies, and some say there's not much demand for video stores anymore.

The unique, locally owned video store found itself in a financial crisis. But now, people are paying money to try to keep it up and running.

"So, Vulcan is down to one store, and for a while has been keeping its head above water well enough," Taylor wrote in the GoFundMe post. "But recently, we were hit with another rent increase, causing us to feel like we're drowning."

Taylor didn't know what to expect from the page.

"The GoFundMe came honestly out of frustration and desperation to a certain degree," said Taylor. "It's tough to say it's been anything but heartwarming."

While Taylor knows he can't predict the future, he just wants to continue serving movie buffs, and the people of Austin, for as long as he can.

"And it's going to be hopefully ... my last job in Austin," said Taylor.