By the time they realized where the driveway for the stadium was going to be, the construction company said it was too late to change anything. 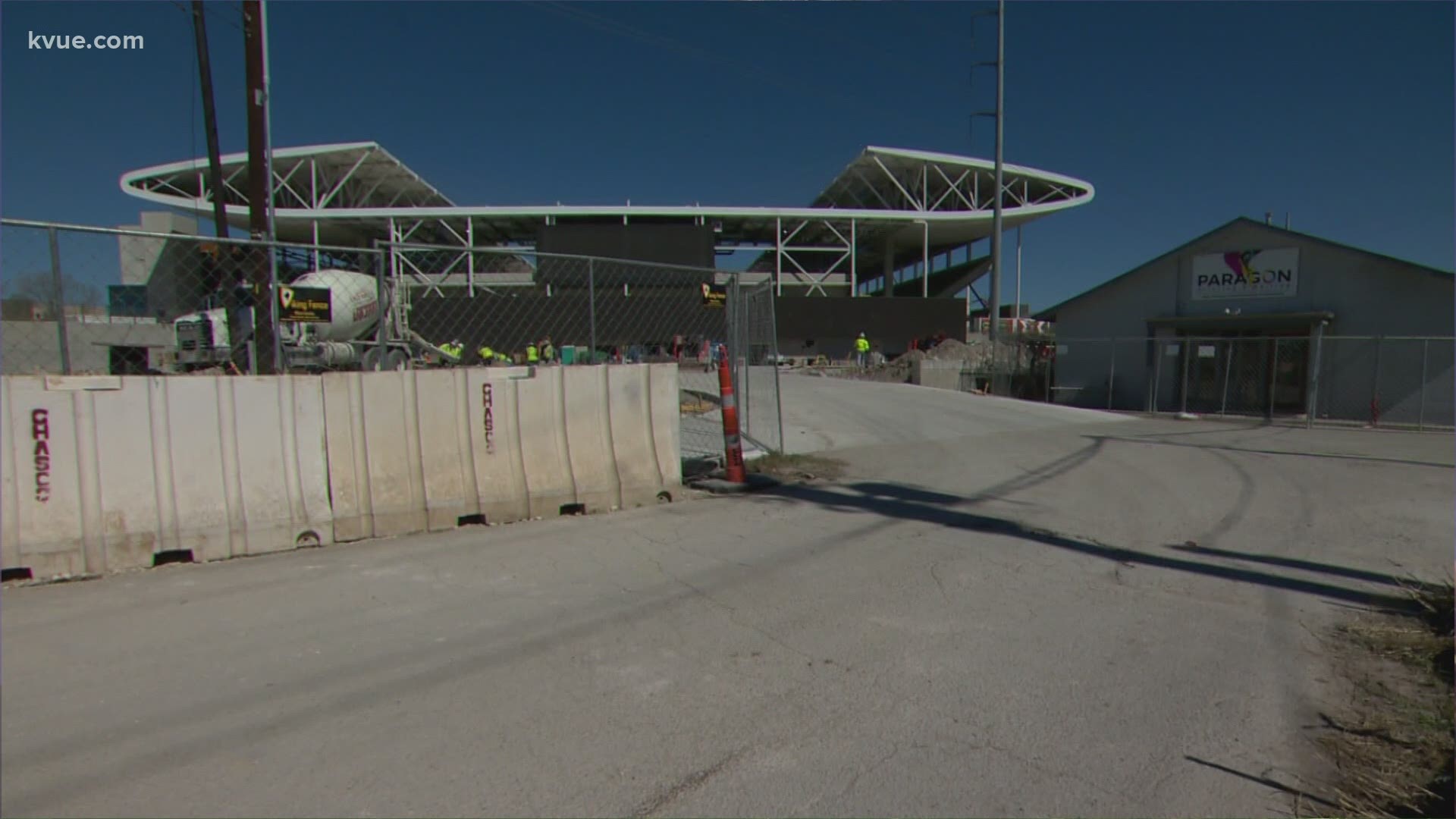 AUSTIN, Texas — One local business is looking at Austin's new stadium as a good thing, but one part of the construction has it concerned.

Things are always moving inside Paragon Printing in North Austin.

"Usually we'll put into the 100s of thousands of pieces of mail a week," said Robert Romero, the operations manager at Paragon. "We're constantly going."

Romero has been with the business since it opened, staying with it as it moved to Austin 21 years ago.

"Whenever those machines are running then life is good," he said.

Owner Don Murphy and Romero both say the company has made it through a tough year, with less business than usual. But now they're concerned about another change they fear will hurt business.

"The soccer stadium has definitely impacted us. We never thought we would have a driveway for the stadium, right at our front door," said Murphy.

"You know, we bring people in and right now it looks like a construction zone," added Romero. "I don't think anyone took into consideration the impact it would have on this business."

"It would have been nice to have some input on the front end, and so I think because maybe it didn't happen in an ideal way, they're giving us the opportunity to say what else can we do to try and help you out."

The City may let Paragon place the fence that secures its building more into the road, rather than just the property line.

"I think most people just logically thinking would think, 'Why would you put a driveway right outside their front door?'" said Murphy.

But now all they can do is keep everything moving, even with the changes happening outside.

"We have to – that's how we keep the doors open. That's what our customers expect from us. This is what we do," said Romero.

'A people-first leader': Kent Taylor, founder and CEO of Texas Roadhouse, dies at 65