The new KMFA radio station will allow the public to see the announcers live on the air. 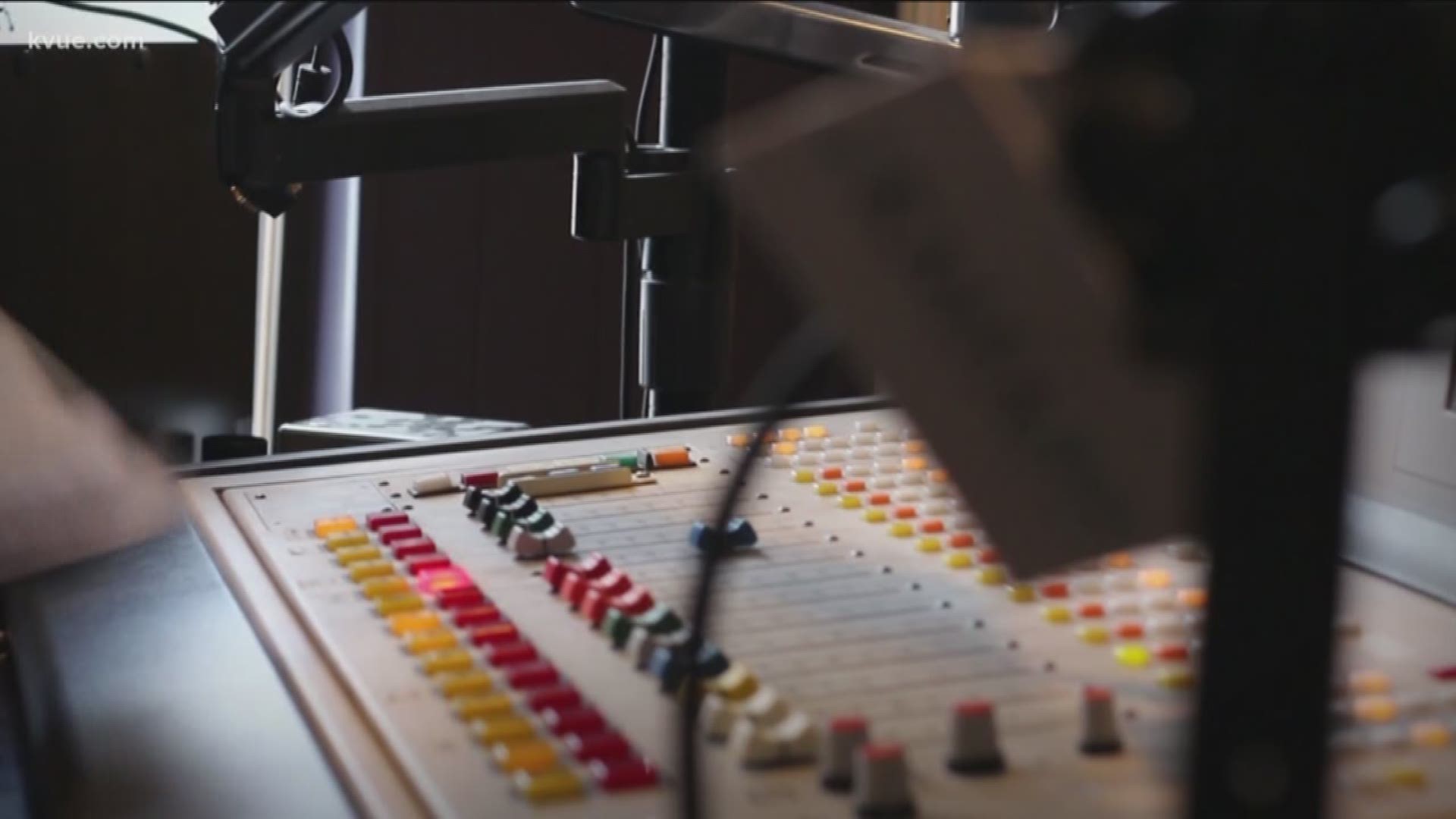 AUSTIN, Texas — The oldest independent all-classical radio station in Texas is getting a new home. KMFA - FM 89.5 will be moving to East Austin.

The new building will be about three times larger and located at the Rebekah Baines Johnson Center (RBJ Center) as part of a mixed-use development just east of Interstate Highway 35 on the north shore of Lady Bird Lake.

This is the biggest move the radio station has had since they've been on the air since 1967.

"We register in about 100,000 listeners a week," said Ann Wilson, president of KMFA.

She said people listen to the station also on the website and through their app.

"We have listeners all around the world," Wilson said.

The old building is on the corner of North Lamar and W. 30th Street.

"This is a very vulnerable building," Wilson said. "We've outgrown it and no longer serves our needs as a technology broadcaster."

The radio station will be breaking ground in the next few months and is expected to be complete in 2020.

Jeffrey Blair has been working with KMFA for almost 20 years.

"We are going to be able to do more things," Blair explained. "The recording and performance space we have now is small."

The new, permanent home will be about three times larger than the current leased building. It will feature an expanded studio, a performance and recording venue, expanded offices and both lobby and patio spaces to welcome the public for events or everyday discovery.

The new development will incorporate KMFA as the cultural anchor and will also feature retail, green spaces, affordable housing and offices.

"If this is the Live Music Capital of the World, then classical is the heartbeat of it." said Wilson.