The multi-use development is splitting Highway 130 near Typhoon Texas and Hendrickson High School, which concerns some people in Pflugerville. 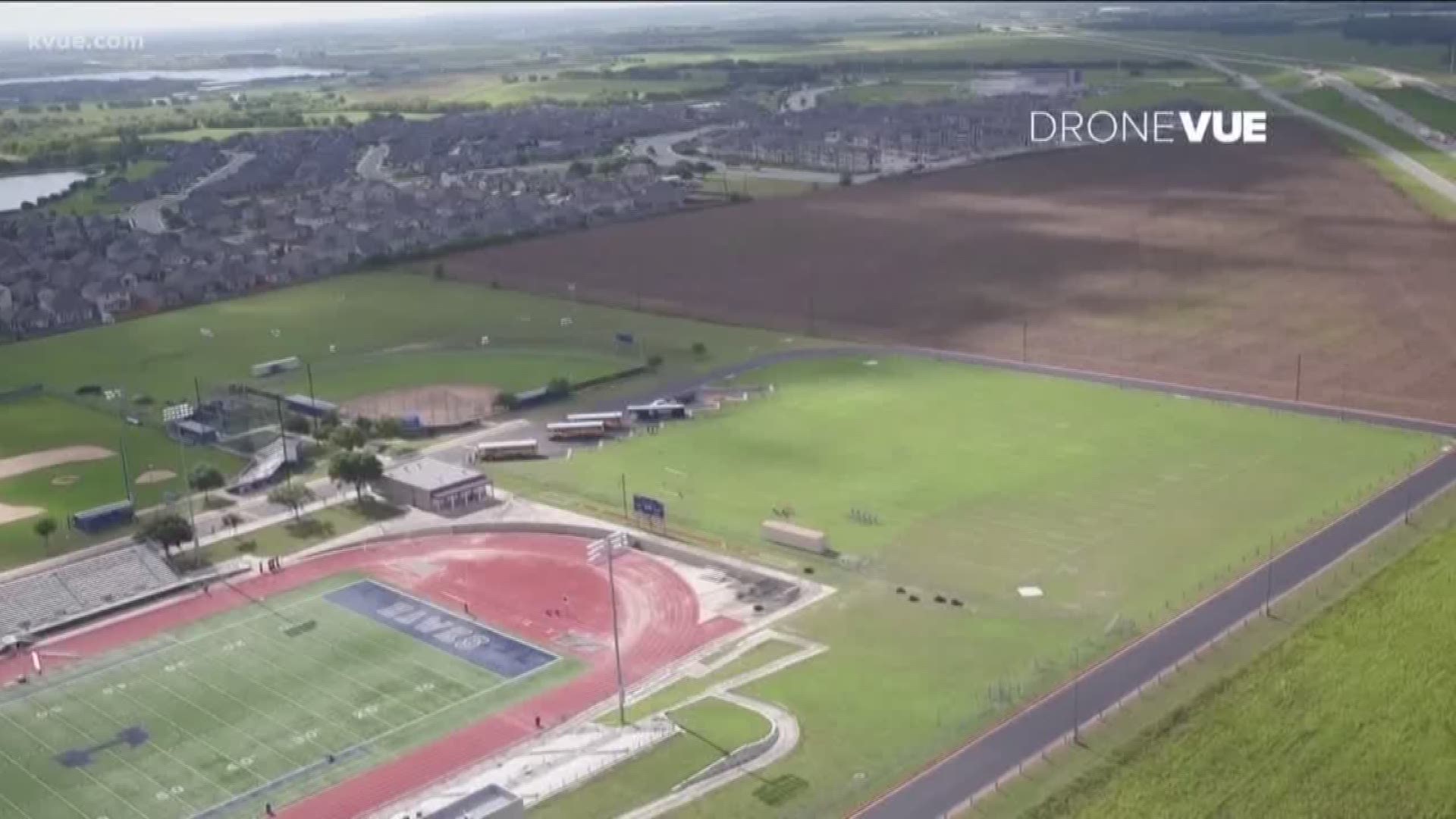 PFLUGERVILLE, Texas — Pflugerville is closer to getting a new multimillion-dollar development. The project is called NorthPointe and would be a mixed-use development with shops, businesses, apartments and much more.

On Wednesday the project took a step forward after Pflugerville's City Council voted to rezone the area.

The 120 acres straddle Highway 130. A portion of the development is right next to Typhoon Texas and the other is next to Hendrickson High School right near the football field.

The project has been compared to The Domain in North Austin. Some wonder whether the location is ready for something like this project.

"I personally feel it is not the right place for it because of the school impact," said Pflugerville resident Anita Taylor. "I want to say it takes people 10 to 15 minutes to get through two stop lights in that area, and if you are trying to drop your kids off, you are going to lose your mind."

"That is some serious growth – I don't know if I am particularly a fan of it," said Pflugerville resident Meghan Overson. "I think I like Pflugerville because it is sort of off of Austin and you don't have that traffic and people."

According to the developer, the NorthPointe project will be an experience with an amphitheater, bridges, apartments and shops.

"I like the idea of more shops and not necessarily complexes," explained Pflugerville resident Janice Taffinder. "We don't have any place here in Pflugerville to shop at except Walmart and Belles, which is closing."

While some neighbors are worried about the increase in traffic, the developer says it has taken that into account. It is planning to build a road that connects FM 685 to Highway 130, linking the two campuses.

The developer also says the roads within the development will be narrow to lower the appeal of cutting through.

"It will be great. We need all we can get out here, especially for job opportunities for people to come," said Pflugerville resident Roderick Green.

The developer also says its plans on breaking ground next year, but before it does that, it still has a few hurdles to clear. The developers will meet with the council in January to finalize the public improvement district and tax increment reinvestment zone for the project.