Unlike the single-family homes they're known for, there will be 11 homes attached side by side with a shared wall. 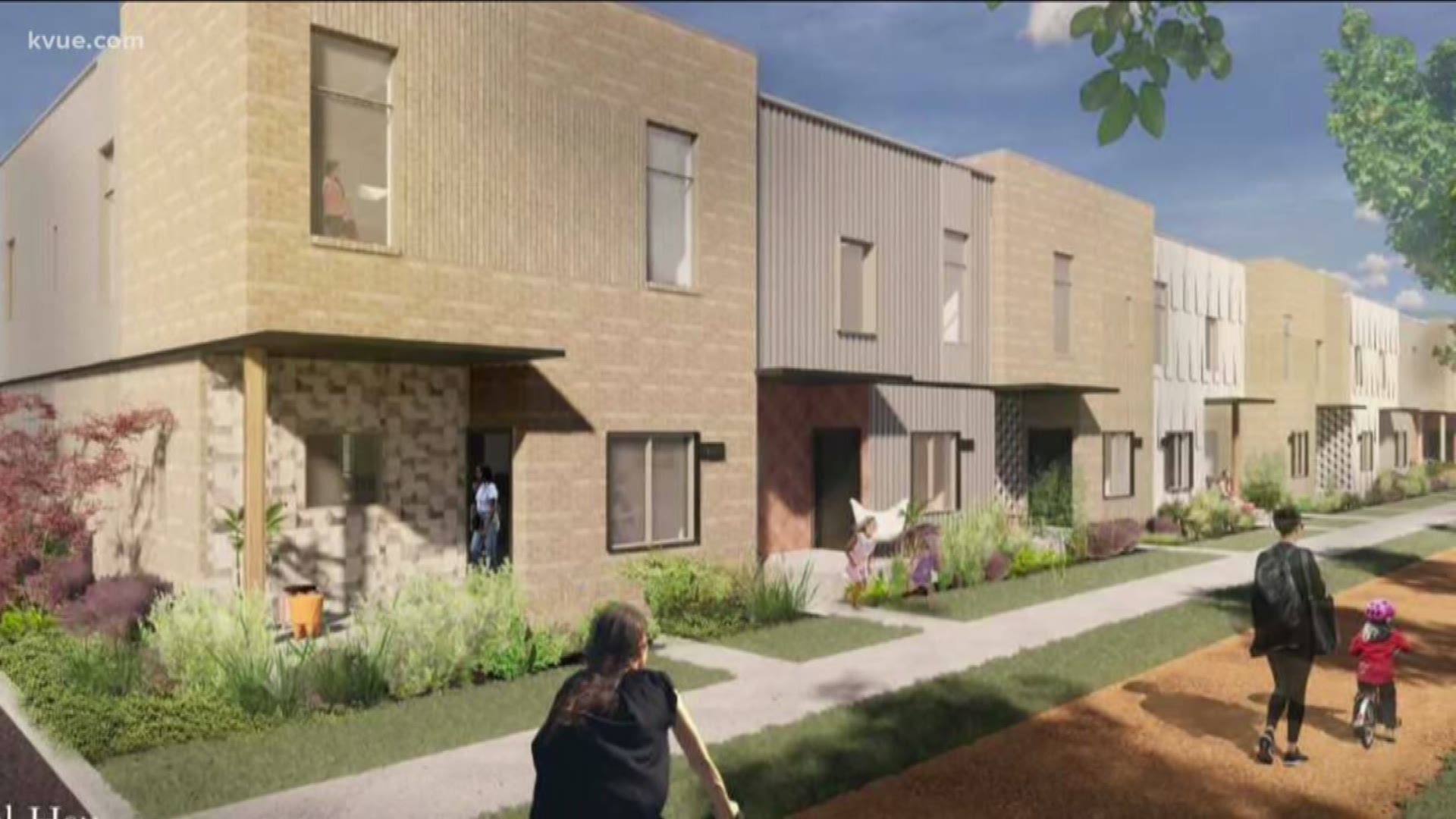 AUSTIN, Texas — Habitat for Humanity is building more homes in East Austin and it’s something new for the organization. It’s an answer for those struggling to find affordable housing.

Unlike the single-family homes they're known for, there will be 11 homes attached side by side with a shared wall. They're called row homes and this is the first time they're building something like this.

The homes have a contemporary look and have three to four bedrooms. They'll include a gravel hike and bike trail, sidewalks and parking in the back.

Billy Whipple, the vice president of Construction for Austin Habitat for Humanity, said with Austin's growth, they're trying this style out because it's a way to keep clients close to the city with using as little land as possible.

It sits on Philomena Street, just south of East 51st Street. If you drive by you'll see lots of homes going up as affordable housing is mixed in the Mueller community. With a grocery store around the corner, entertainment and schools, Whipple said this model will be perfect for families.

"It's going to be great because it's a different housing type,” said Whipple. “It's a different option, a different opportunity for people that want to buy their first house but what to be close in all the amenities that Mueller has to offer,” he explained.

They're looking to help people such as teachers, firefighters and those starting out. For example, for a family of four that's making $30,000 to $75,000 a year. If that's you, you could qualify.

"This housing is missing in our market so the average cost of a home is much higher than what a lot of people can afford that work full-time jobs here in Austin," said Whipple. This is an opportunity for someone to buy a house that works hard and has a job but it's a price point that the city doesn't naturally hit."

This isn't all they're working on. In May, we told you about a new condo in the works. It'll be on the corner of Fourth and Onion Streets in East Austin.

This Mueller development will be finished first. Habitat is closing on the purchase next week and is expected have it completed in October of 2020.