Austin is earning the nickname the San Francisco of Texas. 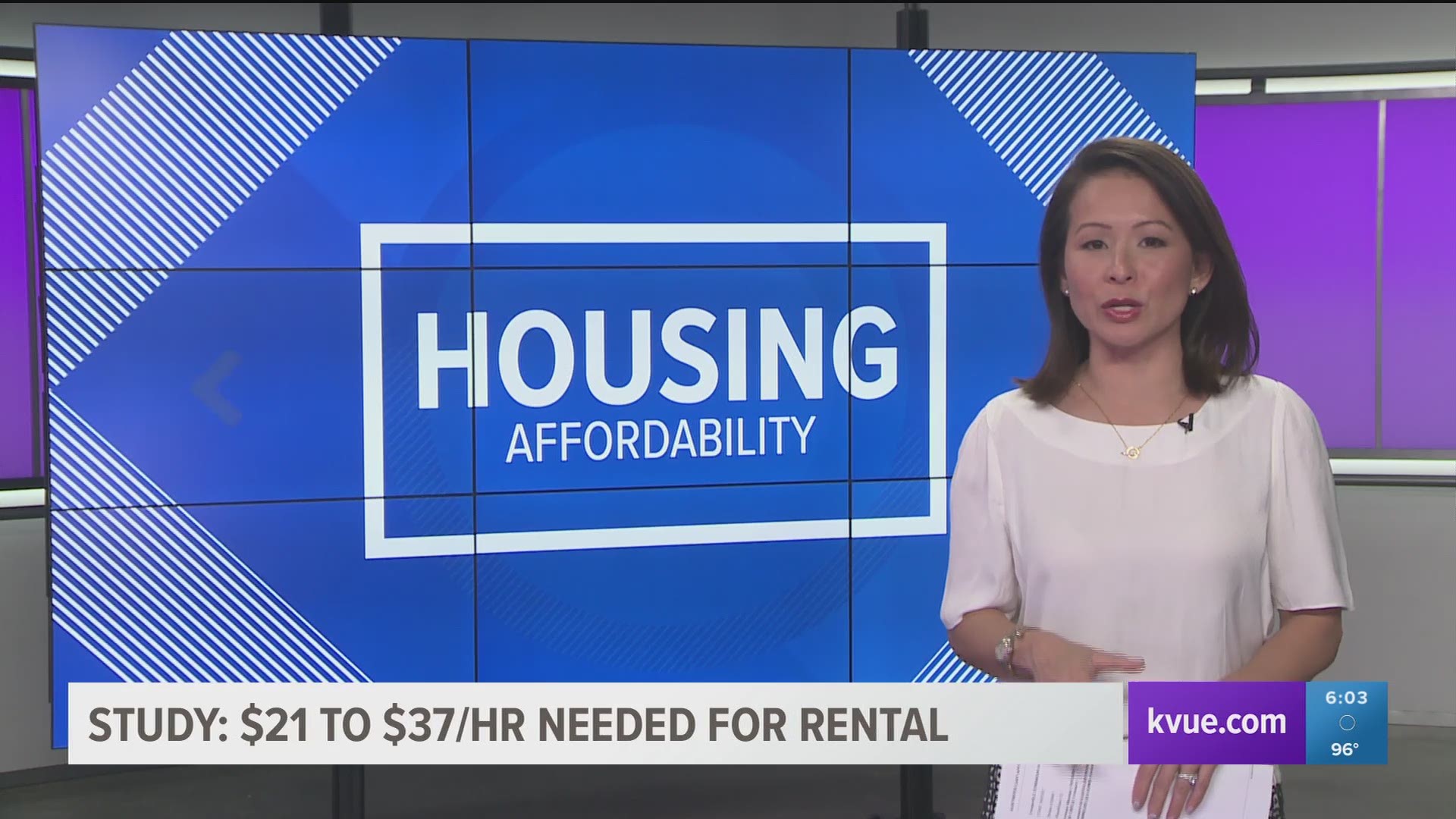 AUSTIN, Texas — Austin is earning the nickname the San Francisco of Texas because the cost of living keeps going up.

Now, the National Low Income Housing Coalition released a study saying it would take a job earning $21 to $37 an hour to afford a two-bedroom rental home in the Austin area.

We visited Thai Fresh, a restaurant that pays their employees more than twice the minimum wage, or $7.25 an hour.

Jam Sanichat is the owner. She said she wanted to pay the front-of-house the same as the back-of-house. So she raised the food prices and cut out the tipping. No worker makes less than $15 an hour.

"Austin is such an expensive place so $12 is not quite enough. I was reading the calculated living wage by the City of Austin is $11.39, so I feel that that is definitely not enough," said Sanichat. "So I doubled the minimum wage -- I think that's what I was trying to do -- double minimum wage would be $14.50, so okay $15 would be a good start."

Autumn Roe makes $18.50 an hour as a pastry chef. Before moving into her three-bedroom home in East Austin with her partner and two children, she lived in an apartment near Thai Fresh on Mary Street in South Austin.

"I was going to resign my lease and it went up to $1100, but it's an outdated apartment and it wasn't worth it," said Roe.

It's a trend that doesn't seem to be changing anytime soon in Central Texas.

Socar Chatmon-Thomas is a real estate broker with Elegant Estates.

"In comparison to all the other cities in the state of Texas, Austin is the San Francisco of Texas," said Chotman-Thomas.

She said while federal guidelines suggest not spending more than 30% of our income on housing, ironically, it's the low-income population who is spending more.

"But with the prices that we have in Austin, people routinely spend between 40% to 50% of their income on housing and that's just too much," said Chatmon-Thomas.

RELATED: Austin unaffordability: The good and bad for local businesses

All of this leaves a sour taste in Roe's mouth, who just moved to Austin from Michigan six years ago.

"Slightly disgruntled to be honest with you because Jam pays well above the average wage but it's not enough to keep up with the housing market in Austin because it's ridiculous," said Roe.

To see how much you need to make to afford a two bedroom rental by zip code, visit the Out Of Reach website.