The data released by CapMetro shows they provided an estimated 195,000 more trips than in January of 2019. 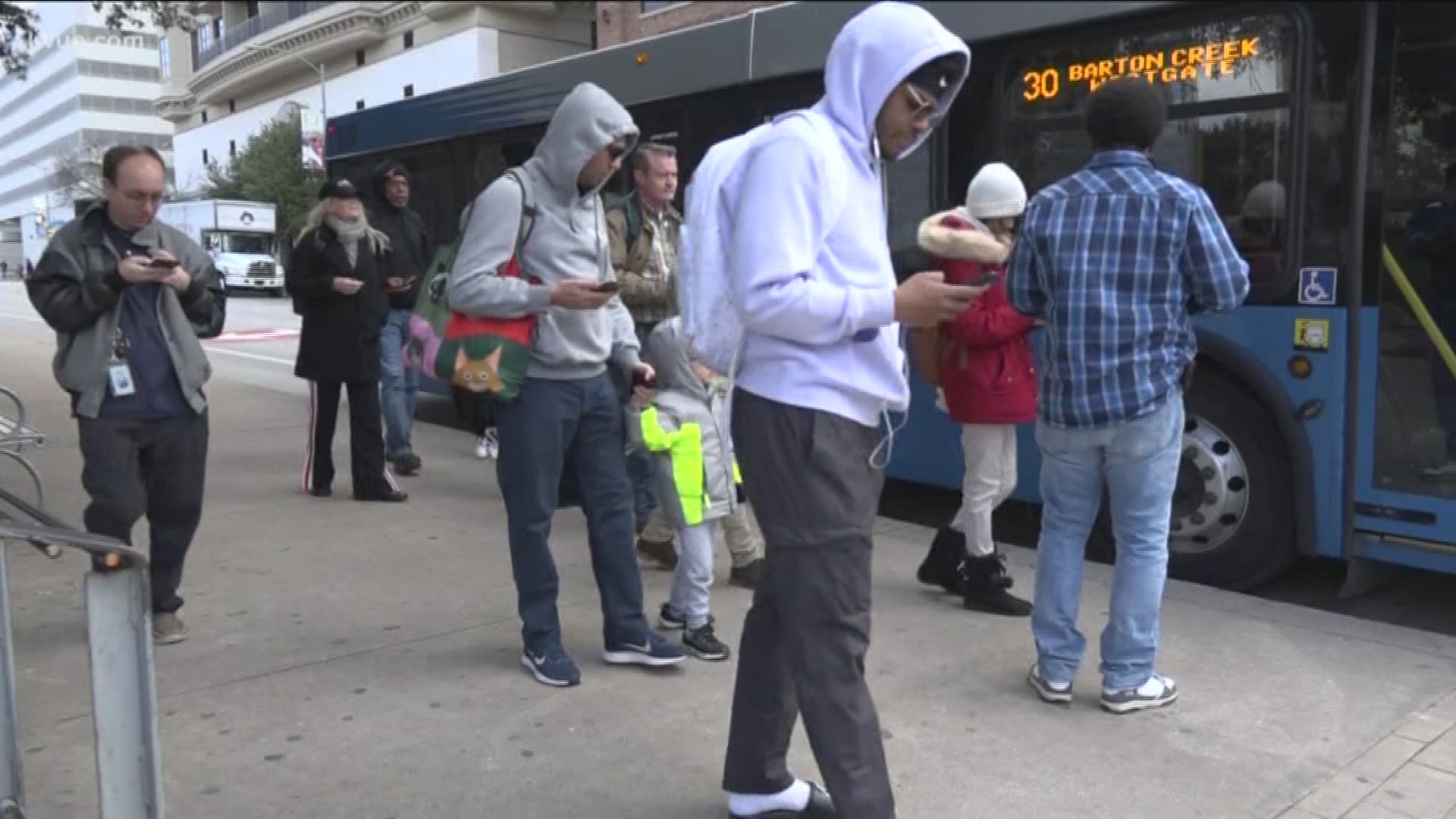 AUSTIN, Texas — Capital Metro released data showing the agency's ridership has increased for 16 consecutive months. According to the agency's deputy chief of staff, Sam Sargent, they provided an estimated 195,000 more trips last month than in January 2019, which is about an 8% increase.

Rooney just moved to Austin for a new job.

"I live in South Austin and parking for the American Center is $250 a month," he said. "Instead of doing that, I park at the Westgate Transit Center and I take the bus home."

While affordability is why Rooney rides, the time savings is why Chris Sherman hops on.

"It's quicker, more economical. So, just in the situation I am in, it's something that's in my budget," said Rooney.

Sargent credits a large network redesign they did back in 2016 for their growth.

"It's been really good. The bus is almost always on time, I've never had any problems with that," said Rooney.

Sherman said he hasn't been that lucky.

"I feel like the time tables are a little bit not so accurate here as much as I would like and there is not as many buses here, but I see that they are trying to improve," he said.

To improve, CapMetro proposed ProjectConnect, which includes more MetroRail options and the construction of an underground tunnel housing a light rail system in the Downtown Austin area.

"I think the ProjectConnect will provide a lot of high-capacity transit opportunities for people in the city," said Sargent. "Whether or not you're on the bus and get that easy commute and don't have to drive, or we have gotten people out of your way if you are in your car, so the name of the game is providing as many options as we can."

Sargent said they just hit their one-billionth rider mark. In 2021, they expect to reopen their downtown rail station, which is a $37 million project.

Sargent said these numbers are preliminary and they will release the official numbers on Tuesday.