Tuesday's "Topping Out Ceremony" indicates the steel-framing structural phase of the project is complete. 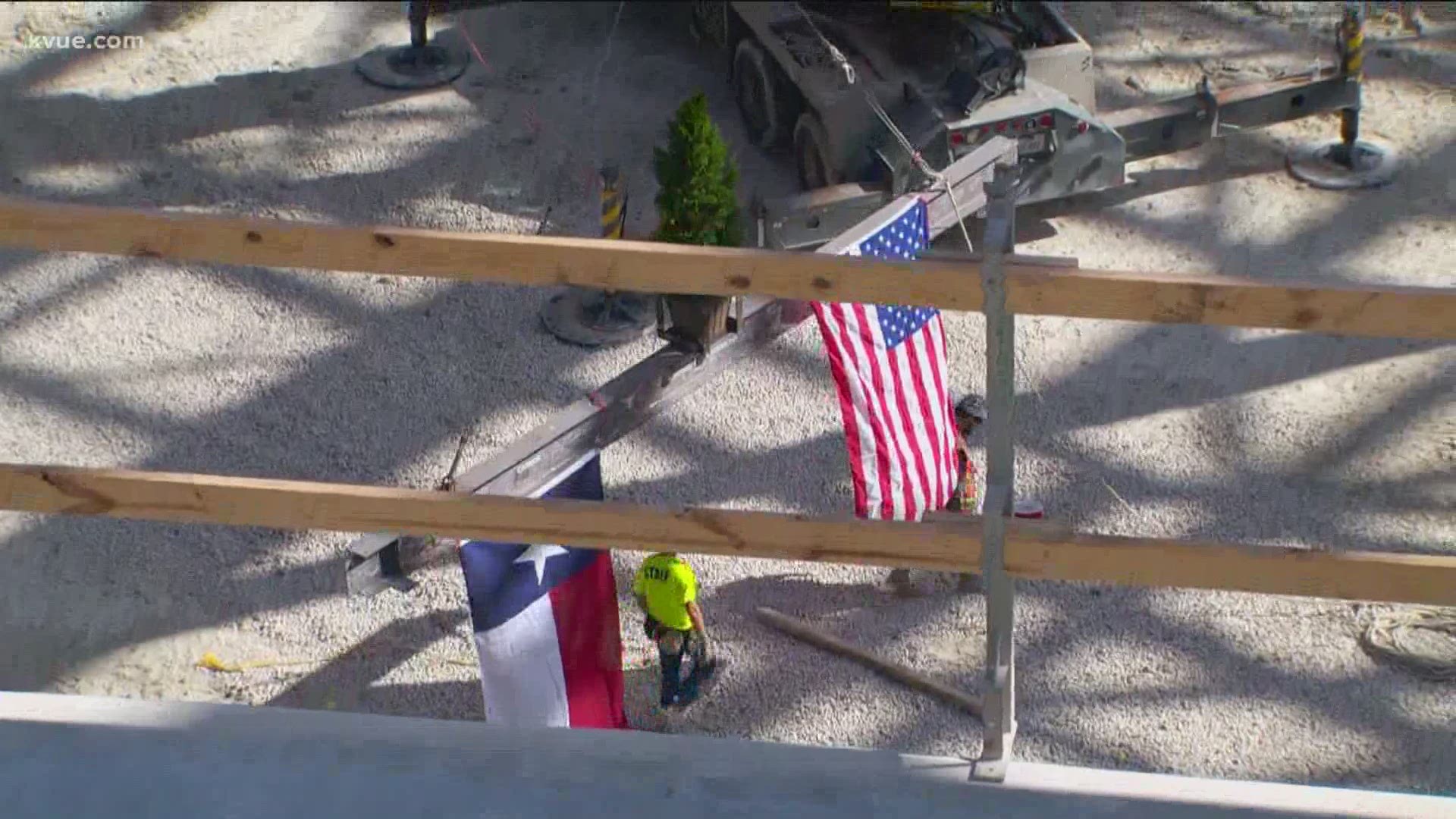 AUSTIN, Texas — Austin's Moody Center is one step closer to completion. On Tuesday morning, the venue celebrated its final beam placement with a "Topping Out Ceremony."

According to a press release, a topping out ceremony indicates the steel-framing structural phase of a project is complete. The ceremonies "have a centuries-old history with a tree affixed to the final beam as a symbol to show no structure is taller [in spirit] than a tree," according to the release. The tree stands as a talisman for good luck and prosperity for the future occupants of the building.

"It’s an exciting time for Moody Center,” said Jeff Nickler, general manager of Moody Center and senior vice president of OVG Arena and Stadium Alliance. "The placement of the final interior steel beam marks one of our biggest moments of construction to date. This past year has been full of unprecedented events, not to mention weather challenges, and yet the women and men working on this project continue to deliver. We hold a sincere appreciation for everyone who has worked on Moody Center and can’t wait to open its doors to Austin next spring."

The 530,000-square-foot arena is scheduled to open in April 2022 and will be home to University of Texas men's and women's basketball games, as well as many concerts. The more than 15,000-seat venue will replace the 42-year-old Frank C. Erwin Jr. Center.

Back in April, KVUE got an inside look at the new state-of-the-art venue. KVUE's Jake Garcia took part in a hard-hat tour. We also got an aerial view of the construction at the Moody Center:

The Weeknd announced in February that he's bringing his After Hours Tour to Austin as part of the arena's grand opening festivities. The concert is scheduled for April 18, 2022. Other inaugural-year acts will include Justin Bieber, The Killers and John Mayer for two nights.

The Moody Center's topping out ceremony was held at 8:15 a.m. Tuesday at the arena, located at 2001 Robert Dedman Drive in Austin.

The Moody Center is separate from the new Moody Amphitheater in Downtown Austin, which is set to have its grand opening on Saturday, Aug. 14. The amphitheater will host a "Taste of Austin" concert showcase that evening. Gary Clark Jr. will be the first ticketed concert to take place at the Moody Amphitheater on Aug. 20.