With nearly a dozen planned bars, is Manchaca the new Rainey Street?

Developers and bar owners have been buying old homes on large properties and turning them into bars like Indian Roller and South Austin Beer Garden. 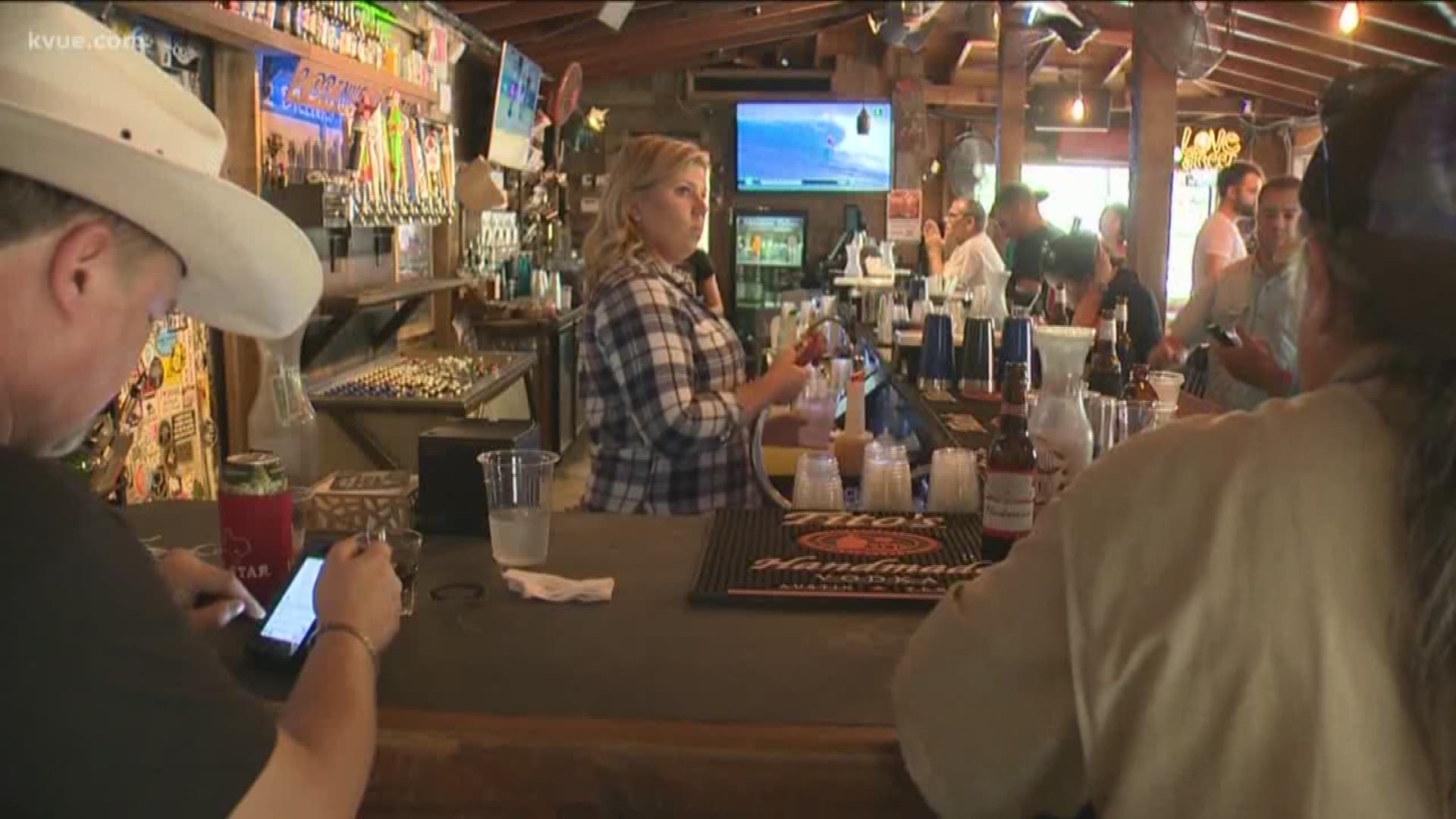 AUSTIN, Texas — The next Rainey Street? That's what some people have started calling the stretch of Manchaca Road from Slaughter Lane to FM 1626.

Developers and bar owners have been buying old homes on large properties and turning them into bars like Indian Roller and South Austin Beer Garden.

The original home-turned-bar on Manchaca Road is Moontower Saloon. Josh Bumb and his partner, Richard Veregge, opened Moontower in 2012.

Earlier this year, one of the original bar owners on Rainey Street announced she was opening a bar on Manchaca Road as well.

Bridget Dunlap, the creator of Lustre Pearl, announced to Austin Eater she plans on opening Lustre Pearl South on 10400 Manchaca Road, just down the street from Moontower.

But there are several big differences between Rainey and Manchaca Road, according to Bumb.

First is density. While there are a lot of neighborhoods and apartments surrounding the Manchaca area, it's a lot more spread out than downtown.

Additionally, the road is far more wide and dangerous than Rainey, Bumb said.

"I see it all the time, people crossing the road at random areas with no lighting. It's dangerous," said Bumb.

The Texas Department of Transportation lowered the speed limit on the stretch of Manchaca near the Moontower by 5 mph. However, Bumb says cars still come flying down the road, it's dark and there are no sidewalks.

That's a big concern considering there are plans for even more bars to be built up and down the busy road. Currently, there is a music venue under construction right next to Moontower.

Bumb worries people will walk along the dark road to go to different bars, like people do on Rainey Street.

One of the first bars to ever open on Manchaca Road is Giddy Ups. The building, near FM 1626 at the end of Manchaca Road, originally opened in 1957, according to current Giddy Up owner, Nancy Morgan.

"Yeah, there's a lot of history here," said Morgan. "I had cowboys over there [across Manchaca] ride their horses to train for the rodeo, and then they'd come over here, and that's why I have a rail out front, so they can tie their horses up."

Now, that former horse arena is a storage facility. It's just one of hundreds of changes along Manchaca Road.

The one thing that hasn't changed near her bar, however, is Manchaca Road itself.

"It was going to be four lanes with a turn lane, and they were gonna come down and put in sidewalks and bike lanes," explained Morgan. "However, TxDOT delayed that project, so the road is still one lane in each direction with a turn lane in the middle. There are no sidewalks."

That's why Bumb says even if people are calling this area the "next Rainey Street," it's not designed to be that way.

He does think, however, that this is one of the big up-and-coming entertainment districts in Austin.