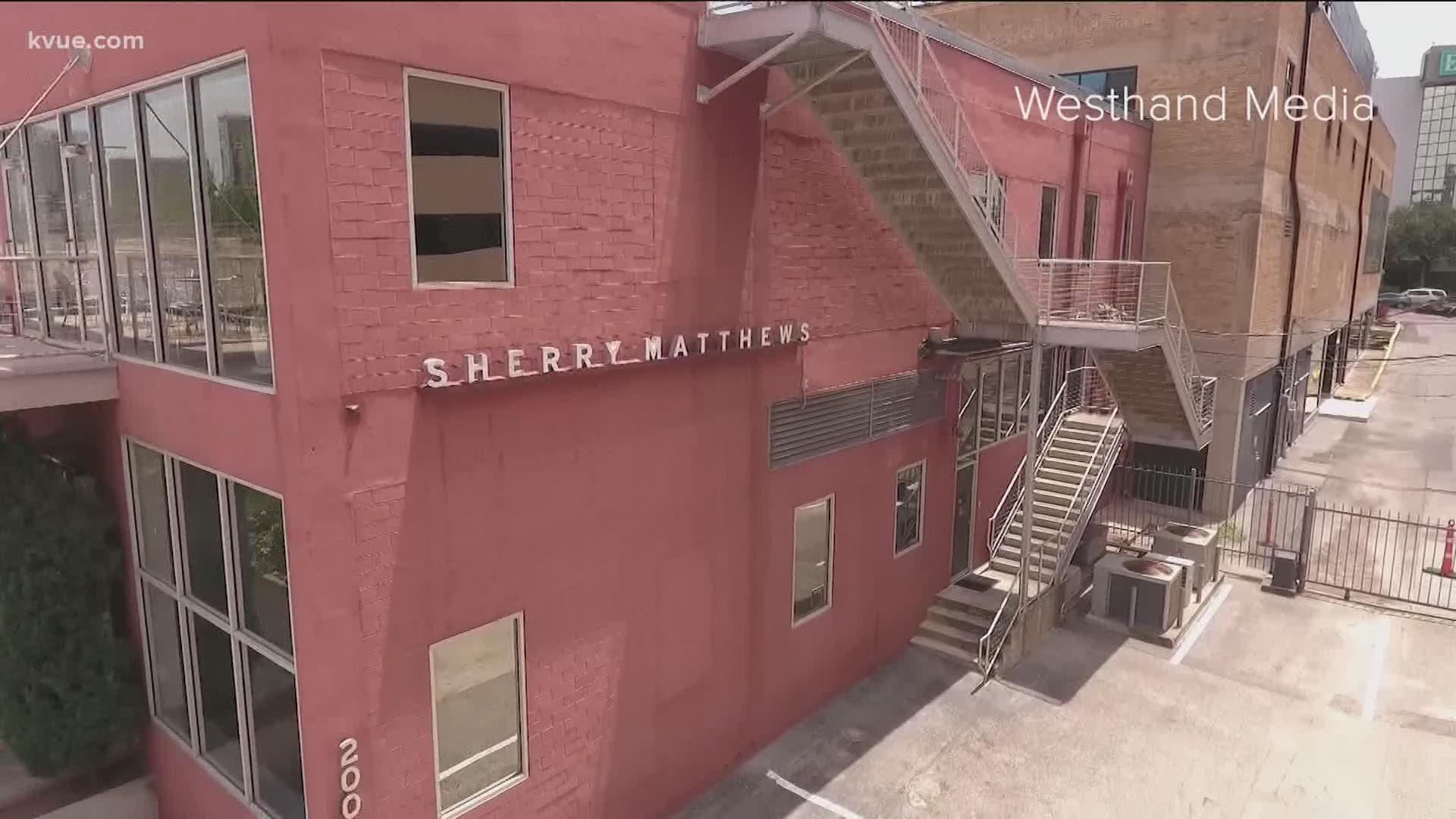 AUSTIN, Texas — Blocks from the colorful shops on South Congress Avenue, and tucked behind YETI's flagship store, sits a building that stands out painted in red.

Now, the building at 200 S. Congress Ave. is hitting the market after housing the marketing agency Sherry Matthews Group for roughly 20 years.

RELATED: What kind of jobs will the new Austin-area Tesla plant be looking to fill?

“This is a really, really unique piece of property," said Michael Bullard, the principal and broker with Dovetail Commercial Real Estate, who is marketing the property.

Bullard told KVUE on Wednesday the company there is potentially moving to a virtual setting.

"They’re a digital marketing agency, and I think their employees can work just as efficiently from home and have actually been discovering they prefer to work from home. That’s been something that’s been in the works for quite a few years, and the COVID world has just accelerated that process," Bullard said.

As of right now, there is no price for the property, but according to the Travis Central Appraisal District, the property's appraised value is $3.78 million.

Bullard added he wanted to take time with the process since he believes different types of buyers could approach to buy the property.

“I think people are going to put their best foot forward, so I’d rather run a process on it, let as many people get eyes on it as we can and, because it could be used as so many different things. I want to have people have some time to really study it," Bullard said.

RELATED: Report: Austin has 6th largest drop in rent in the country since March

It's not Bullard's first time marketing a property on South Congress. In fact, he's been around long enough to see the transformation of "SoCo."

Working with South Congress Avenue properties that now are all stores for YETI, Tom's and Kendra Scott is one of his areas of focus.

"If I’d say who I hope gets it, you know, a real rockstar local Austin institution is who I’d love to see get it, but we’ll see what happens," Bullard said.

There's been a lot happening south of Lady Bird Lake in recent years.

Joe's Crab Shack on Riverside Drive closed last year and had plans to turn into an arcade and cider bar. Also, last year, Austin-based Endeavor Real Estate Group purchased the one-acre site on Barton Springs Road that is currently home to Aussie's Grill & Beach Bar, according to our partners at the Austin American-Statesman.