Left in the Dust: Will Texas put more rock mining oversight in place? 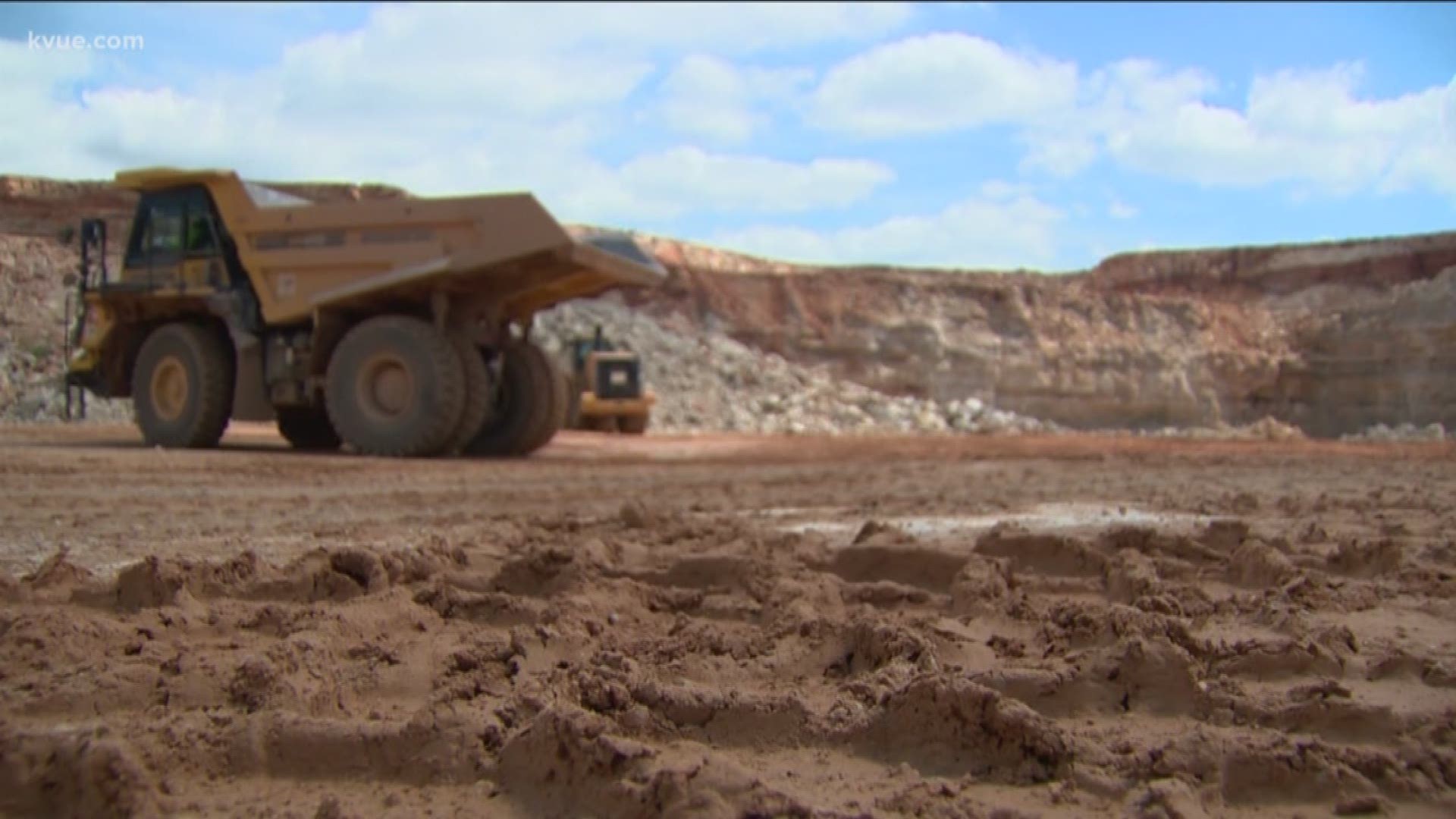 The Six Flags Fiesta Texas amusement park in San Antonio stands as an example of what can happen after land is mined for minerals needed for the state’s booming growth.

But there is no statewide requirement for restoration of most retired quarry land.

It’s one of many gaps that critics say lawmakers should try to correct during the next legislative session in 2021.

“I was really surprised to understand that, frankly, Texas is No. 50 in terms of managing or providing oversight to surface mining,” said State Representative Terry Wilson, a Republican from Burnet County. “There is very little regulation.”

Texas has flirted with more regulation of rock mining operations and quarries for more than a decade, dating at least back to 2009 when then-governor Rick Perry created a special committee to evaluate the growing industry in the Texas Hill Country.

Some of the committee’s recommendations were put in place, but some of the report’s other suggestions – including a statewide reclamation law – were not.

It is difficult to know why lawmakers have not adopted more laws that some neighboring communities have sought.

David Perkins, who leads the Texas Aggregates and Concrete Association, said the industry is already tightly regulated, with more than 15 agencies watching over operations. They think stronger partnerships with communities can also help resolve some of their concerns.

More regulations, the group says, are unnecessary because quarries already operate safely. And more rules will make their products and providing for the state’s growing needs more expensive.

However, some critics point to money, notably that the industry has funneled $400,000 in campaign contributions to lawmakers in the past five years, including tens of thousands of dollars to Gov. Greg Abbott and Lt. Gov. Dan Patrick.

“Many members privately gave us a lot of positive feedback but when push came to shove stated that they just couldn’t support this kind of legislation right now,” said David Drewa, spokesman for the groups Stop 3009 Vulcan Quarry and Friends of Dry Comal Creek, which is fighting a proposed quarry near New Braunfels.

Wilson said he hopes to take up the issue again at the 2021 legislative session.

“There are some very simple things that our citizens are asking for that we should try to meet,” he said.

This is Part 3 of the "Left in the Dust" series. You can watch Part 1 here and Part 2 here.