A six-month investigation highlights a boom that some say threatens the cherished Texas Hill Country. 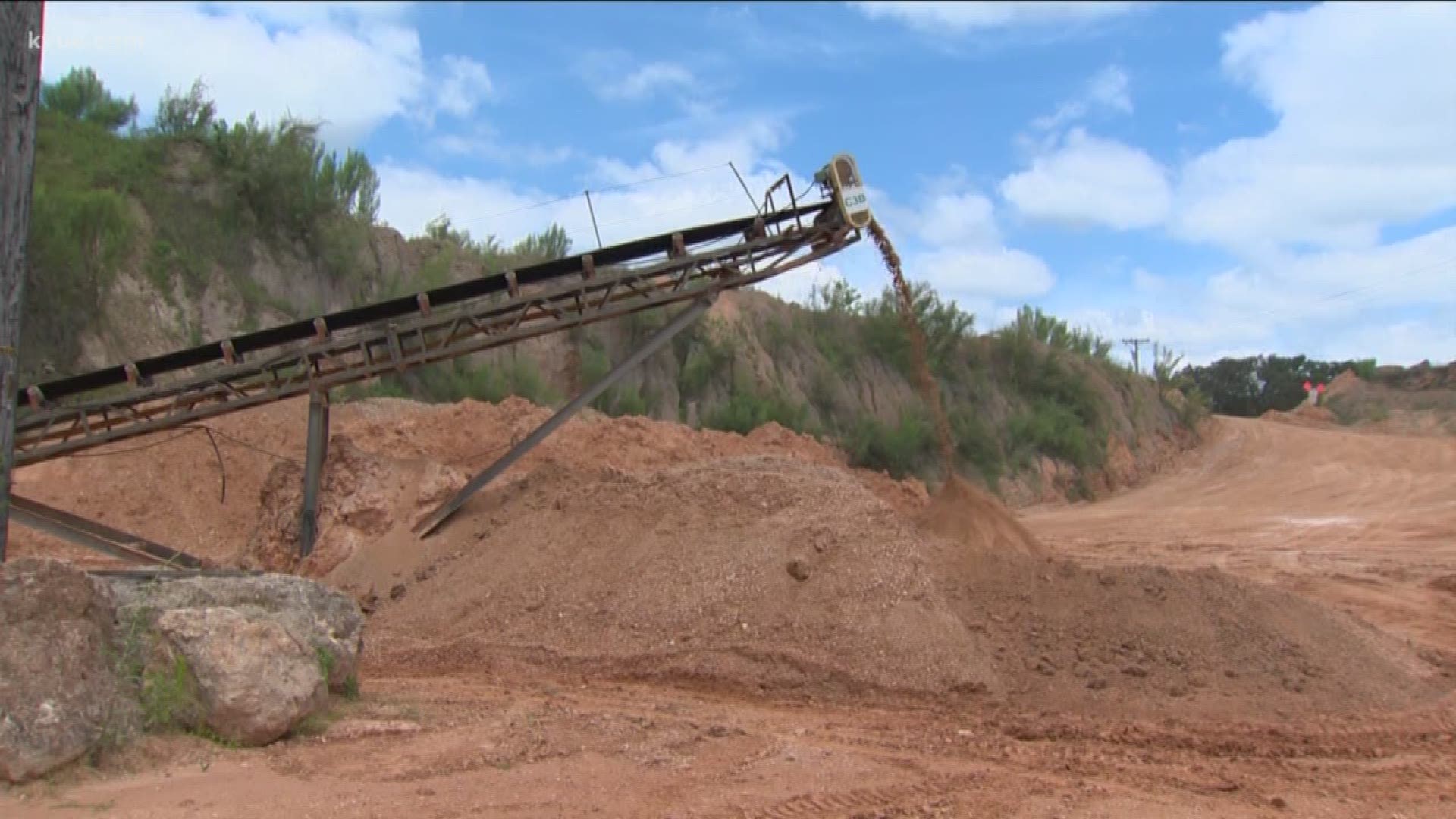 The Texas Hill Country is one of the most treasured parts of the state, home to tourist attractions such as Pedernales Falls and Lake LBJ, and the site of vacation and dream homes tucked in the rolling hills.

But in recent years, residents say that beauty has begun giving way to a booming, multi-billion-dollar business they say is literally chipping away the land, transforming once-pristine cattle ranches into industrial zones.

As Texas continues rapid growth, the mining of limestone and other rock is necessary to help sustain that growth – material used to make everything from houses to highways.

But a six-month KVUE Defenders investigation, in partnership with the Austin American-Statesman and as part of our Boomtown 2040 series about how Texas will look in 20 years, has found that in many ways, the industry’s growth is outpacing state regulation.

The void has left communities clamoring for more oversight, which they say is necessary before the serenity of the Hill Country is destroyed.

“It’s rapidly becoming scorched earth,” said Kevin Baum, a retired assistant Austin fire chief who now lives in Burnet County. “You want to live in the Hill Country, you want that scenic view, the sound of the birds, that tranquility and serenity that comes with living out in nature. We don’t have that anymore.”

Measuring the industry’s growth is difficult, but industry experts and regulators agree it is increasing dramatically.

According to data from the Texas Commission on Environmental Quality, the number of registered aggregate production operations including quarries, concrete and sand plants – has increased from 52 in 2012 to nearly 1,000. Officials point out that not all of those operations are new – that many were already in business but registered well after the requirement to do so.

Additionally, as other evidence of industry growth, in the past five years, TCEQ has granted 334 air quality permits for rock crushing equipment, which is generally for quarries but may also be for portable crushers at construction sites or concrete plants.

Among registered operations, more are in Williamson County than anywhere else in the state, according to TCEQ data based on company registrations. And among Hill Country counties, Burnet – where Baum lives – has the second most behind Williamson.

In some spots, the growth has gone largely unnoticed, either because it is not near residential areas or the business was already operating before neighborhoods grew around it.

But, in others, the industry’s growth is sparking a battle between dream homes and business.

Experts say the growth is necessary because of up to 1,500 new residents moving to the state each day.

“It’s a direct correlation with population, expansion and the need for natural resources to support that growth,” said Jill Shackelford, who transformed a cattle ranch into a quarry in 2011 and is now an industry consultant.

One of Shackelford’s goals across the region is to try to help quarries and landowners coexist by urging operators to take steps to limit noise and dust.

For instance, at the Hays County quarry she used to operate near Buda, the rock crusher is positioned in an excavated part of the quarry to provide a noise barrier; conveyor belts going in and out of a rock crusher are covered.

To extract rock from the earth’s surface, workers usually blast several feet deep to loosen it, then use heavy equipment to transport it to a nearby crusher where it is chopped into smaller rocks. The material is stored in large stockpiles, sometimes several stories tall, then sold to anyone from the state Transportation Department to private businesses in Central Texas and beyond.

But many Hill Country residents say voluntary steps, such as that Shackelford encourages, aren’t happening fast enough and that they need more enforcement from the state.

They cite several examples: The state has no permitting process for quarry operations, although aspects of the operation undergo a more extensive permitting review. To crush rock, companies must supply modeling to the TCEQ that they will not exceed regulation for the release of dust particles.

The state reviews that modeling but conducts no independent analysis of that information.

And while quarries face state inspections, the TCEQ does not routinely monitor air around quarries to ensure they are not releasing excessive dust.

Spicewood neighbors can voice their concerns about rock quarry this week

Neighbors and health experts, including the Texas Medical Association, worry about health implications to those who may be exposed to what the industry calls “particulate matter” that travels to their nearby properties.

“It is a serious problem,” said R. Keith Randolph, a recently retired biomedical scientist who is now working with a Comal County group that is trying to stop a quarry. “It would be my prediction in the coming decade, if nothing happens, that we are going to have some seriously ill people living in proximity to these quarry operations.”

“Right now, there doesn’t seem to be a 50-yard line," Baum added. "There only seems to be an end zone, and in the end zone are the corporations and the state, and the rest of us are out here in the dust trying to find out are we safe.”

Industry officials say they are regulated adequately by more than a dozen local, state and federal agencies.

“These standards are made to ensure that the health of people and the environment are protected,” said David Perkins, who heads the Texas Association of Aggregates and Concrete.

They said that while neighbors may contend with dust on their patio furniture, it is not dangerous.

They also add that while the industry is necessary for the state’s growth, it also is pumping $4.8 billion to the state’s economy and provides up to 100,000 jobs directly and in associated businesses.

“I think the best thing we can do as an industry and as an association can do is work to educate and have a good, productive dialogue,” Perkins said.

This is Part 1 of the "Left in the Dust" series. You can watch Part 2 here and Part 3 here.