Some towns are turning to lawsuits and incorporation in their fight against rock quarries. 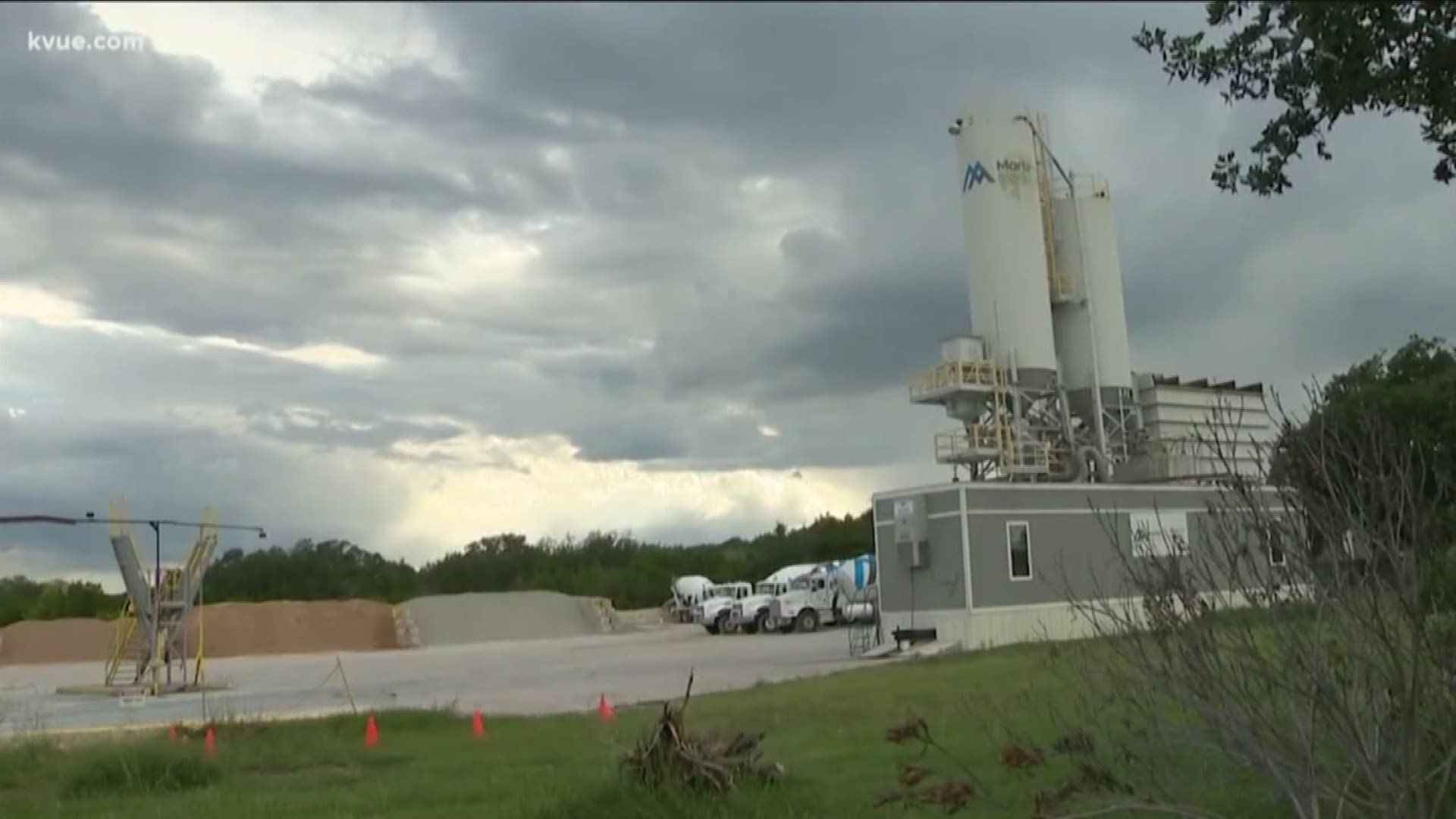 Last year, residents of the Double Horn community off Highway 71 in Burnet County saw a sign about a new quarry set to be built between two subdivisions.

They quickly mobilized to try to stop it, only to learn that they were too late. Spicewood Crushed Stone already had a state air quality permit and was soon free to start mining.

Double Horn came together with an unusually aggressive option: Incorporating as a town to try to stop future growth of an industry residents say threatens the Hill Country.

“It became about future growth,” Mayor Cathy Sereno said. “It’s certainly about the health and safety of our citizens, but it is also about property value and property rights.”

Double Horn is one of several Hill Country communities that have taken steps to try to push away the growing rock mining industry, which residents say brings dust, blasting noises and traffic to already busy roadways.

The KVUE Defenders, in partnership with the Austin American-Statesman, spent six months exploring the implications of the growing industry, which critics say faces lax regulations and is outpacing state oversight. That gap, some say, is leaving them to fill the void that regulators and lawmakers have filed to fill.

The City of Marble Falls and several other plaintiffs have filed a lawsuit with the Texas Commission on Environmental Quality (TCEQ), saying that the TCEQ too freely grants air quality permits that they say allow quarries to easily go into operation.

“We are not anti-mining. We are by no means looking for anyone’s job. We just know there is a better way for everyone to do business,” said Grant Dean, who lives near a proposed quarry site and helped bring the lawsuit with the City.

Industry officials say they realize that in some instances, they are going against the wishes of residents. However, they say that they wish to work more closely with neighboring property owners to find ways to coexist.

“It’s the process; it’s the journey. And that’s something that we as producers, as well as those who live in the areas where we are, all have to be willing to work toward and walk along together,” said David Perkins, who leads the Texas Aggregates and Concrete Association.

Weeks after narrowly voting to incorporate and electing the first City officials, the Texas Attorney General’s Office sued Double Horn. The AG’s office claimed that to incorporate, the town had to first be a village or town and instead was merely a subdivision. It also accused Double Horn of trying to stop a company from legally using their land.

"We are law-abiding,” Mayor Sereno said. “We believe we absolutely followed the law when we incorporate, and we had no intention of putting ourselves in a position where we would end up in litigation.”

The town won in an early legal fight, but the attorney general’s office is still suing.

The office said the case is a matter of “defending the rule of law, preventing an abuse of power by a neighborhood and protecting property rights for all Texans.”

This is Part 2 of the "Left in the Dust" series. You can watch Part 1 here and Part 3 here.