The Northline developer wants the project to be the new downtown. 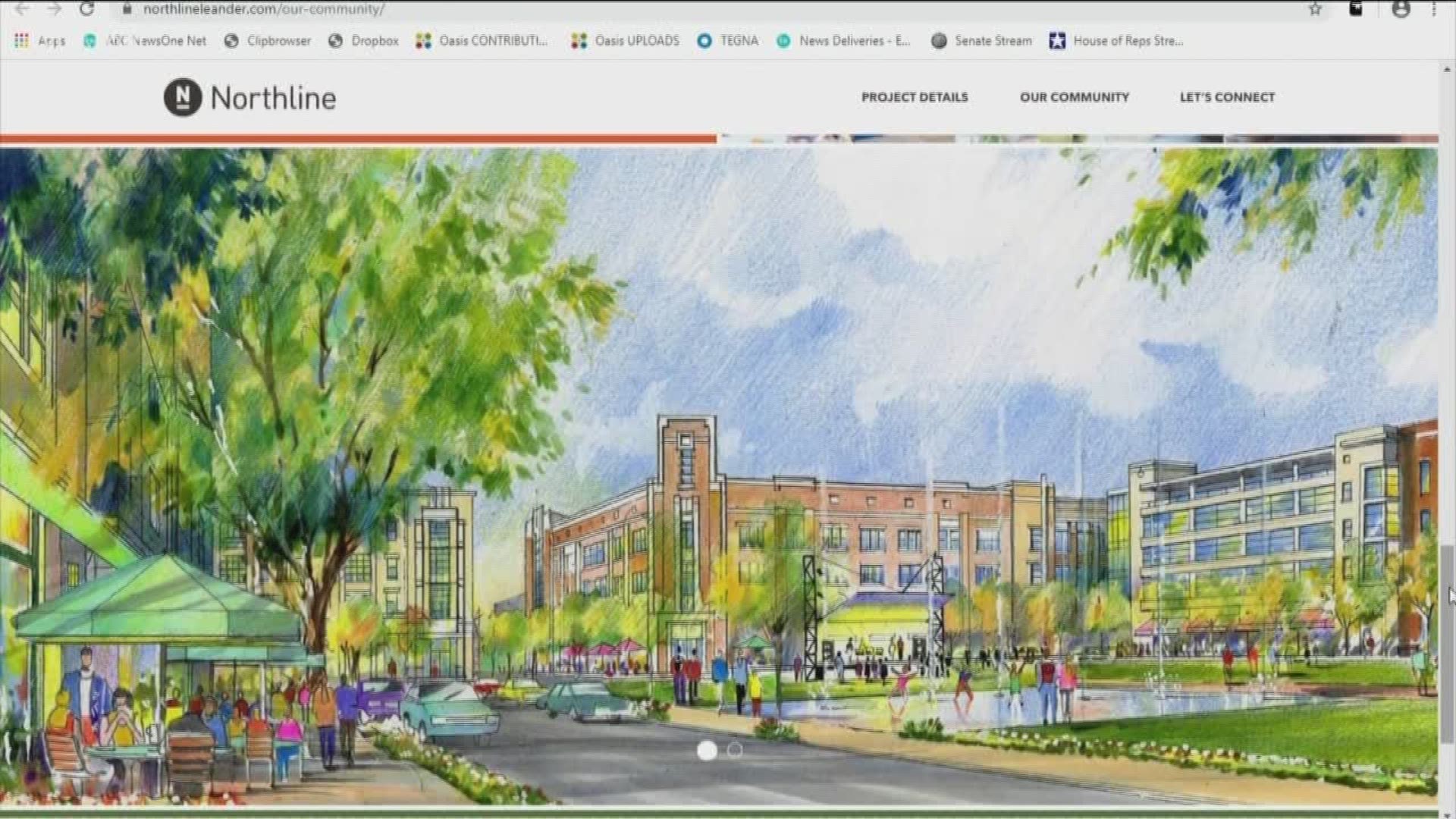 LEANDER, Texas — Less than 30 miles away from Austin is one of the fastest-growing cities in the country.

On Wednesday, Leander announced a development that city leaders hope will bring new visitors to their city.

Developer, Alex Tynberg, called it a game-changer. He said when he first saw the 115-acre property four years ago, he knew it was the spot.

It was right off the 183 A toll and near the Capital Metro Rail. It's also tucked between the San Gabriel ACC campus and St. David's Emergency Center.

He wants this to be Leander's new downtown.

"And I felt like of all the places in the whole region, the growth that's happening to the northwest, that this opportunity for the city of Leander and for me to try to generate a downtown district just came together," he said.

Right now, the development will include 2,300 new homes, two hotels, retail and office space and perhaps even a convention center.

Tynberg said it should generate nearly $773 million in property tax revenue. That's a 2018 projection and not including sales tax.

So how is the city getting ready for all that growth?

"We're doing a traffic study right now, which is actually the first one that Leander's ever conducted," Mayor Troy Hill said.

Because the mayor said his city isn't shying away from growth. They are embracing it and not waiting until it's too late.

City leaders have already approved expansions of 183 A and 2243. The latter connects to Interstate 35.

"Any place around Austin is growing. The question is how you grow," said the mayor.

Because Mayor Hill wants people to not only visit Leander but to have a pleasant experience getting around it as well.

Mayor Hill said his city is growing by 12% every year.

By the way, the first phase of Northline is expected to be done in a year-and-a-half.

More information on the project can be here.