It will be located in the Kyle Crossing Business Park. 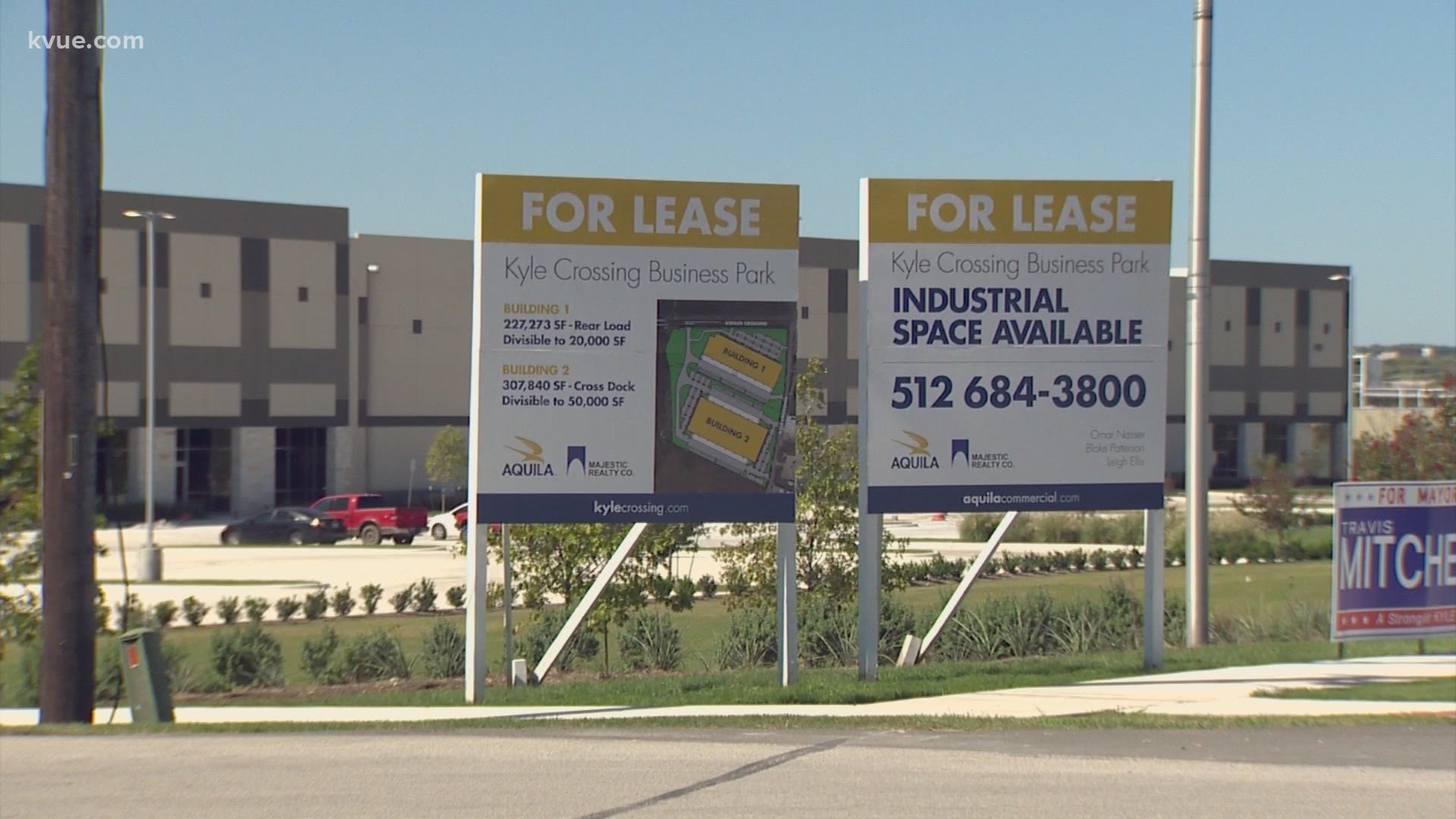 KYLE, Texas — Editor's note: The video above is about Amazon's expansions in Kyle.

The City of Kyle is getting a new addition to it's growing community with a new Lowe's distribution center.

The major employer signed a lease for 120,000 square feet in Kyle Crossing Business Park. It plans to open a distribution center in Plum Creek, which is adjacent to where Amazon plans to open its facility. The 2,200-acre community houses about 7,000 people.

The business park is 40 acres and located one block west of Interstate 35, about 20 miles south of Downtown Austin.

“Plum Creek has become a major employment center in Kyle because it offers a convenient and highly accessible location in a true live-work-play environment that appeals to companies and their workers,” said Momark Principal Terry Mitchell, who oversees development at Plum Creek. “This combination is difficult to find anywhere, especially in an environment that is as business-friendly as the City of Kyle and the State of Texas.”

A 55+ active adult community called Sage Plum Creek is also coming to the area. The first residents are expected to move in toward the end of 2021.

Amazon announced back in July its plans to open a sortation facility in 2020. The facility is expected to employ more than 200 people. Kyle isn't the only Central Texas stop on Amazon's list. The company also announced recent expansion projects in Buda, Pflugerville and Round Rock.

WATCH: A look at the City of Kyle's strategy for booming growth