On Wednesday, the pieces were delivered after a six-week journey from Cape Town, South Africa. 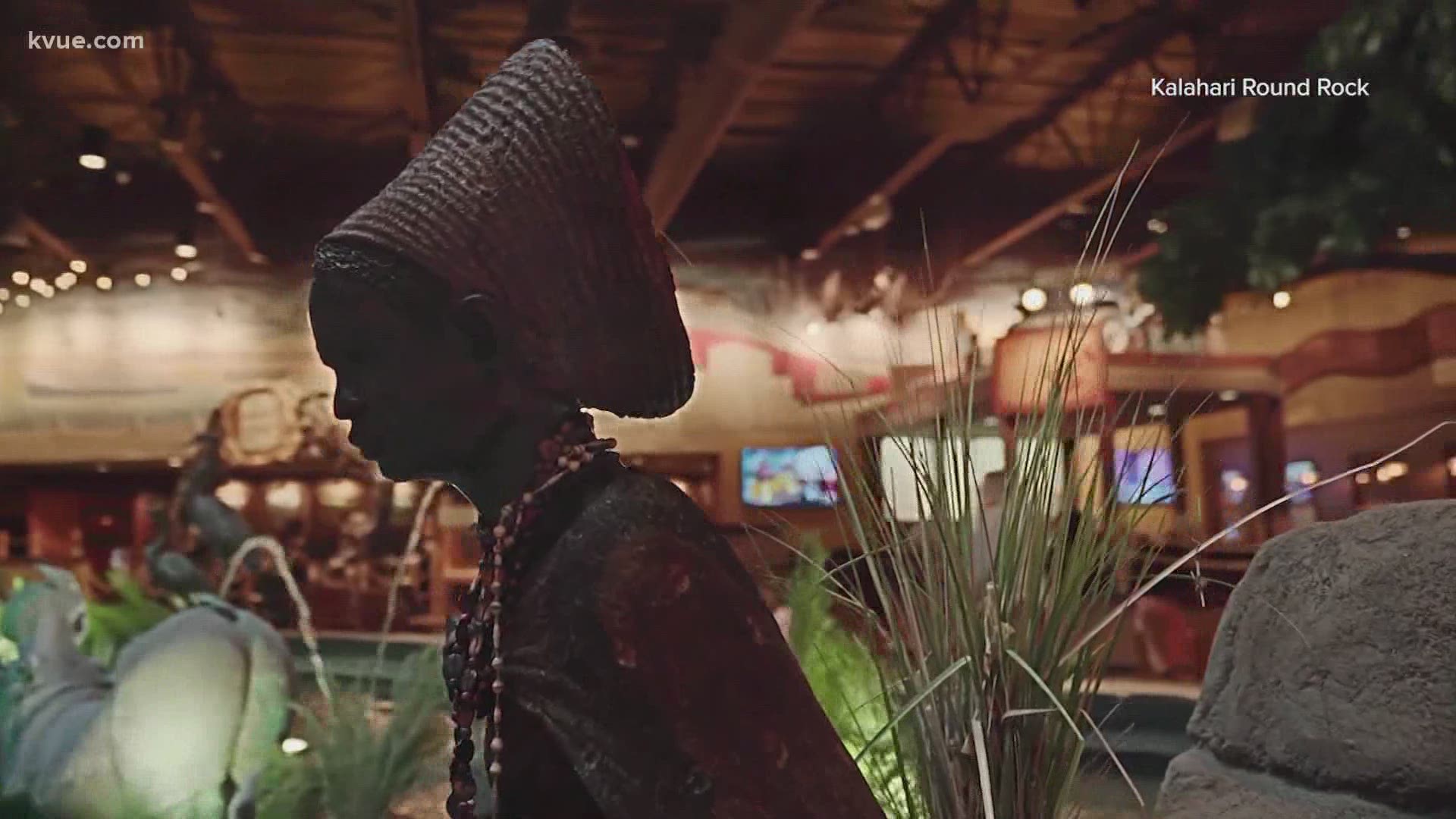 ROUND ROCK, Texas — Next month, America's largest indoor water park resort is set to open in Round Rock. Now, the Kalahari Resort has more than 1,000 original African art pieces.

On Wednesday, the pieces were delivered after a six-week journey from Cape Town, South Africa.

So far, the resort has invested $5.5 million to purchase African art. Kalahari says it's part of an ongoing commitment to the people, places and cultures that inspire the resorts.

The resort is expected to open on Nov. 12.

Kalahari Resort will have a 975-room hotel and a 200,000-square-foot convention center inside a 1.5 million-square-foot resort.

The $350 million development is sitting on 351 acres of land on U.S. Highway 79 across from the Dell Diamond and Old Settlers Park.

Day passes to the park haven't been announced yet, but passes at other locations around the country cost between $20 to $80.

Construction on the resort began in May of 2018.