According to the restaurant, it's "closed for repairs." But a real estate group claims otherwise. 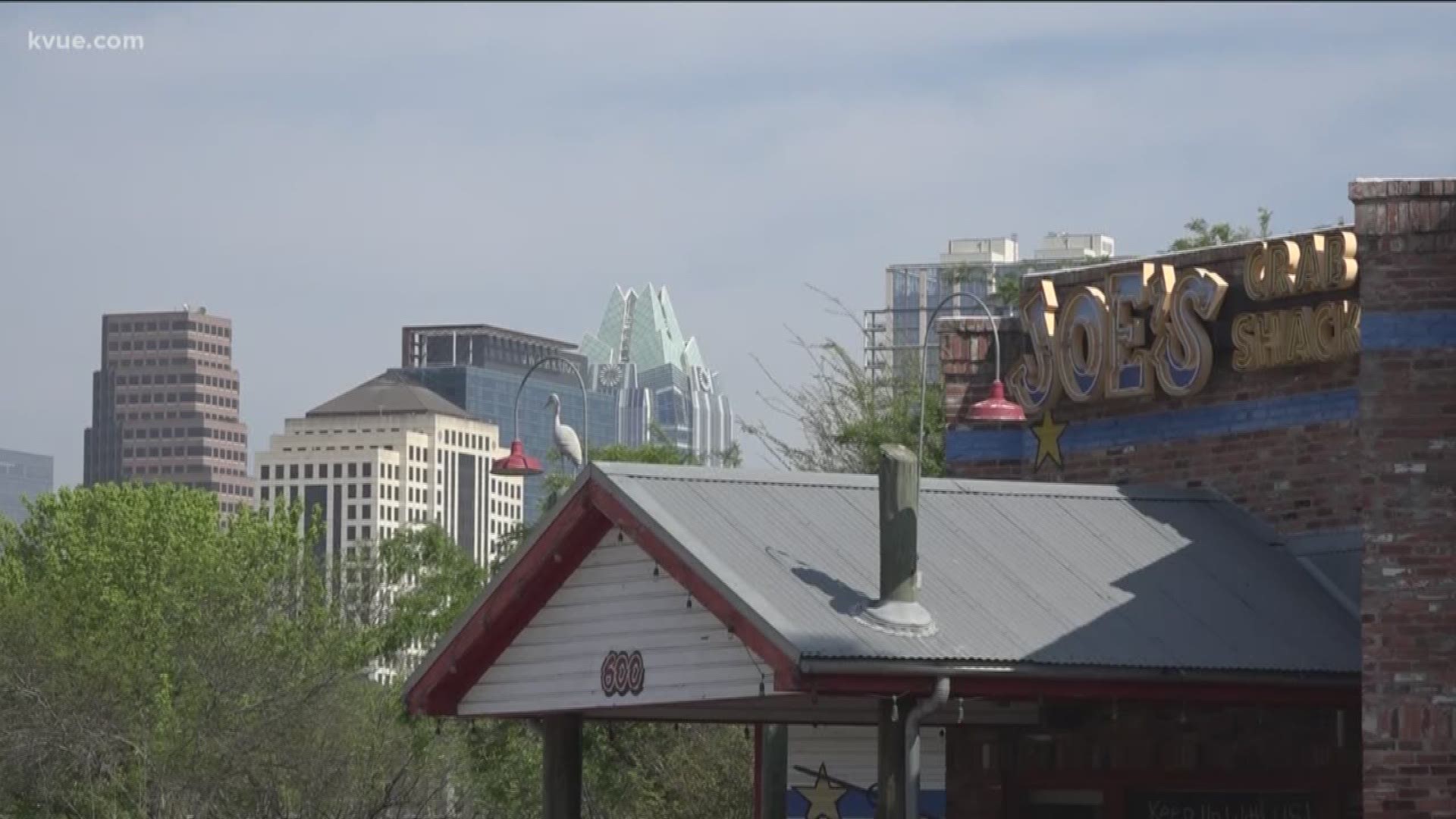 AUSTIN, Texas — Joe's Crab Shack has one of the best locations in the City of Austin with a perfect view of Lady Bird Lake. But after a 16-year run, it seems this Austin location is going to have to shut things down because it can't pay rent.

There are currently three signs on the door of Joe's Crab Shack on East Riverside Drive.

According to the restaurant, it's "closed for repairs." But a real estate group claims otherwise. Their signs clearly state that the "crab shack's" lease has been terminated over $10,000 in unpaid rent and $100,000 in unpaid property taxes.

According to the Joe's Crab Shack in Austin Facebook page, the location "temporarily closed for repairs" back in September.

There are still six Joe's Crab Shack locations in Texas, including one in Round Rock.

In a statement to KVUE, the property manager, Endeavor Real Estate Group, said:

But KVUE spoke to Austinites in the area, and they had a few ideas for what they would like to see at the piece of prime real estate.

“I think either a community garden or a park," Malorey Bechtold said. "The view is amazing."

Others think the view is perfect for a different bar or restaurant.

“I definitely would love to see some kind of waterfront bar or restaurant – just something that brings more people over here," Morgan Miller said.

“Somewhere where people can take their dog, hang out with their family, maybe live music, something like a coffee shop or a juice bar," Anna Armstrong said.

And although some say it's a shame that it closed, they understand and say change is inevitable.

“I feel like change no matter what is gonna happen, but I definitely think Austin should work on keeping the old Austin alive as well," Miller said.