Many business owners like the idea, but some shoppers say the parking garage that might be built at Main and Sixth streets is too close to downtown. 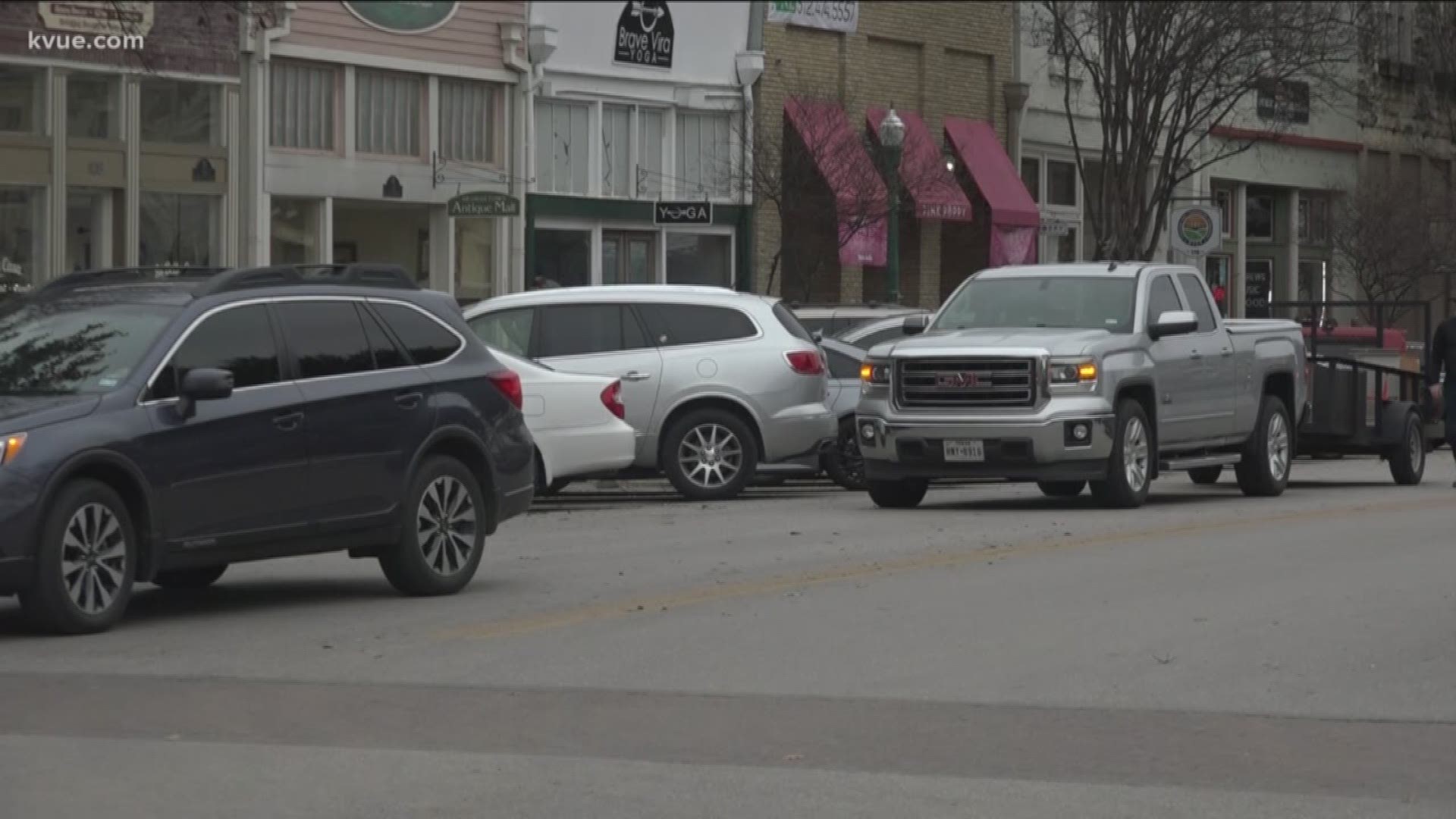 GEORGETOWN, Texas — Editor's note: The city council previously discussed the location in sessions and workshops that were open to the public.

Over the next few months, Georgetown City Council will be looking to finalize plans to build a new parking structure to help with perceived congestion downtown.

Some business owners agree with that idea. The parking garage right now is slated to be erected at the corner of Main Street and Sixth Street, but no plans are set in stone.

"Not only is it the site that they are proposing, but how was that site determined," Foliot asked.

Foliot said he understands additional parking will be needed at some point, but he's not so sure that the time for more parking has arrived. He cited the Georgetown Downtown Master Plan that was finalized in 2014.

"There is a perception that we need more parking downtown. Did we do a study? Where's the data that backs that up, or is it just a perception," Foliot said.

For All Things Kids owner Karen Soeffker, she does not need the hard data. After nine years in business in the downtown square, she said the area has boomed the last few years.

"Typically, on a Saturday, it’s packed," Soeffker said. "When we opened here in 2011, we were literally maybe a handful of stores downtown."

Soeffker hopes to see the parking garage built so close to downtown as she sees a lot of new families with young kids, as well as seniors shopping around the historic area.

"We do have a lot of good opportunities to park downtown but none of them are that close to everything that people need to be able to access in the downtown," Soeffker said.

Soeffker voiced her thanks to city council in a meeting earlier this month. After that, she received a written note sent to her home telling her to "move to f------ Houston with your shop" for supporting the idea of a parking garage near downtown.

Construction on the garage, if built at that site, would start in Dec. 2020.