According to Facebook, Facebook Austin opened on May 3, 2010, with only seven employees. It now has more than 1,200 employees. 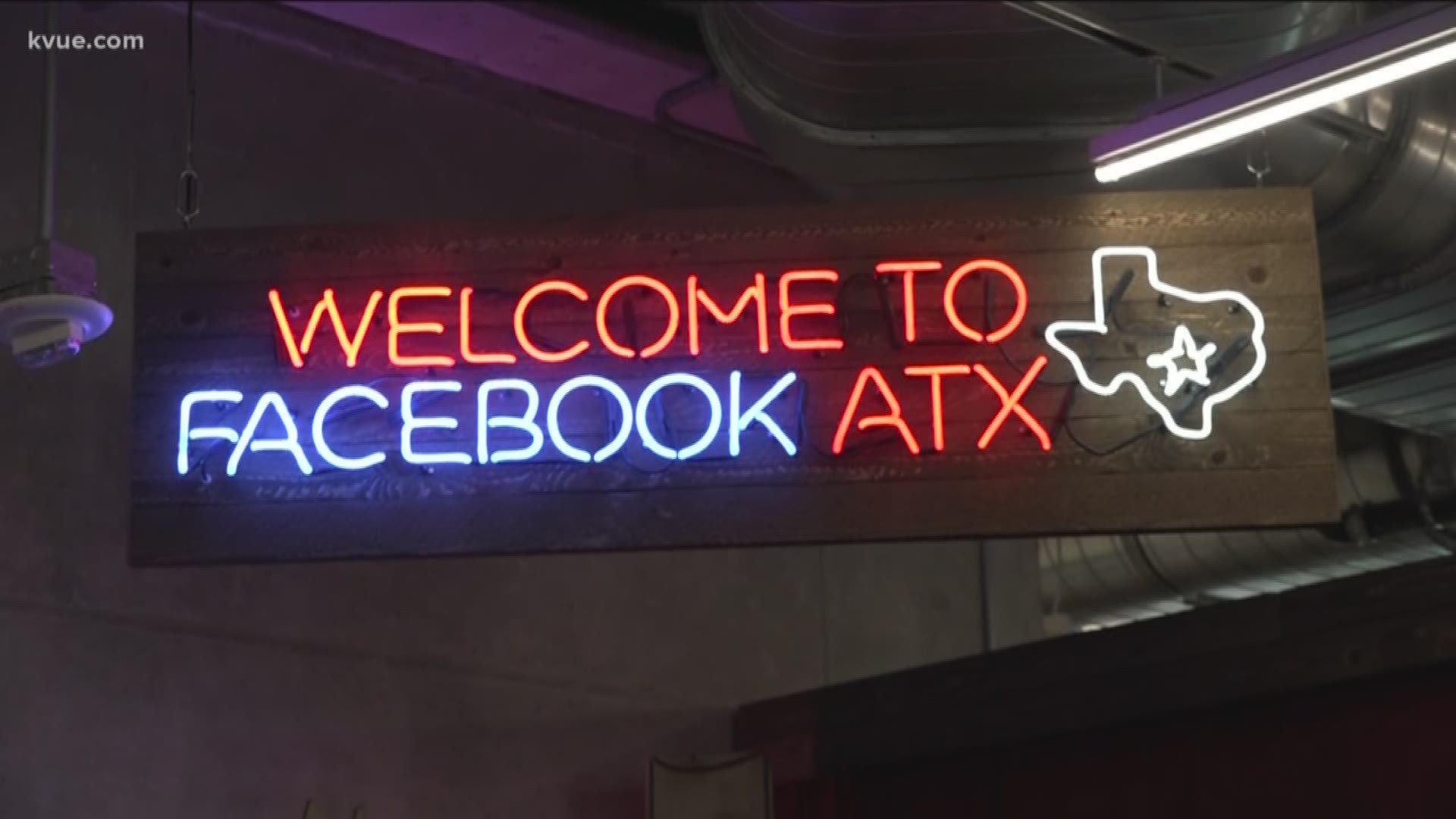 AUSTIN, Texas — Facebook is expanding its presence in Austin.

According to Facebook, Facebook Austin opened on May 3, 2010, with only seven employees. It now has more than 1,200 employees working across teams including Small Business, Human Resources, Community Operations and Finance. Facebook Austin is the company's fourth-largest office.

"We're excited to open our newest Austin office at Third and Shoal. This office will support Facebook's growth in Austin and help us attract people from the region's tech community," said Katherine Shappley, Facebook Austin Head of Office. "As we continue to grow here, we remain committed to being a good neighbor and having a positive impact on the community."

VERIFY: Facebook is getting rid of chat rooms in 'groups,' but not 'group messages'

Inside the new space, there are a lot of cool features. The first thing you notice is the big, bold artwork designed by many local artists. There are more than 200 hundred conference rooms. There's also neat perks for its employees like a music recording studio, free laundry drop off and pick up and a space just for nursing mothers.

There will be a dedicated pop-up shop area for local small businesses to sell goods to employees. The head of Facebook Austin told KVUE there’s 90 million small businesses using its platform and that’s really led to the company’s growth here.

"Our global business group has grown the team that I lead that calls on advertisers and agencies. It has more than doubled in the last few years," said Shappley.

"Here in Austin, it's about technology," said Adler. "It's more than that – it's about innovation and creativity and then taking risks which I have always thought keep Austin weird, which I think Austin has always been about."

This new office space is in addition to its location on West Sixth Street.

In September 2018, Facebook announced that it had partnered with Austin Community College to create a digital marketing certificate program, aimed at making training in digital skills more accessible to the community and equipping graduates for careers in the digital workforce. Facebook said it has been collaborating with ACC on the curriculum for the past year.

“It really means a big difference because 50% of marketing dollars spent today throughout the United States is spent through digital media and through social media," said Richard Rhodes, president of ACC. "So to put the tools in their hands, it’s going to help a small business grow. It’s going to help students get jobs – the right jobs."

Police: 26 kilos of cocaine wash up on Florida beach during Hurricane Dorian