Jumpolin, which opened at its original Cesar Chavez location back in 2002, has a long, controversial history with development in the area. 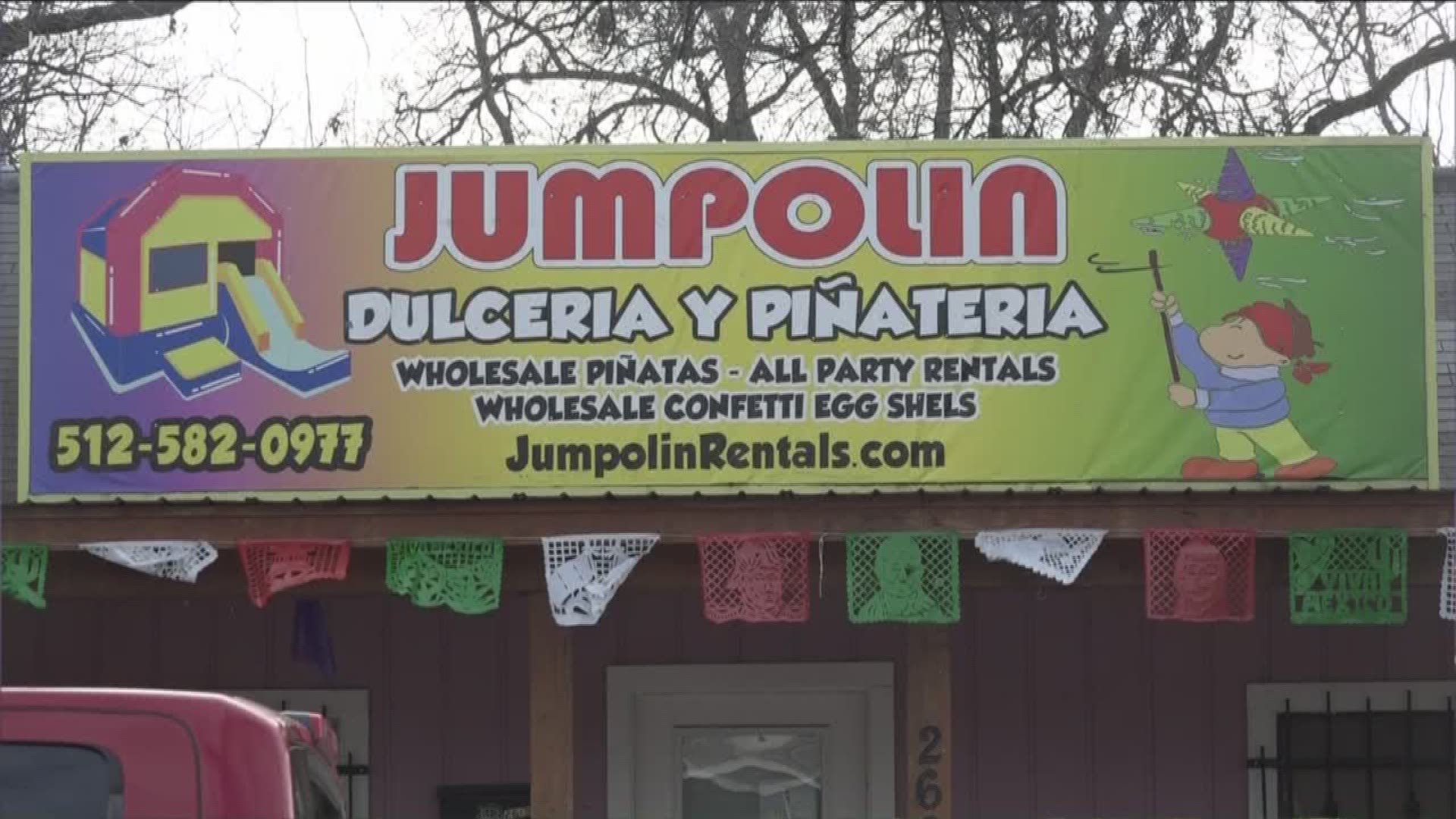 AUSTIN, Texas — In a Facebook post, the owners of Jumpolin, a piñata store located on Cesar Chavez Street in East Austin, announced they will be permanently closing their storefront at the end of January.

In the post, Jumpolin's owners, the Lejarazu family, wrote that they are closing as a result of gentrification in the community.

"It’s no secret that Austin is changing rapidly and that the primarily working-class community that once supported our business is dwindling fast, pushed further and further out," the family wrote.

Jumpolin, which opened at its original Cesar Chavez location back in 2002, has a long, controversial history with development in the area. Back in February 2015, Jumpolin's original storefront was demolished by F&F Real Estate Ventures – without notice, according to the Lejarazus, who said they arrived at the building to see demolition crews tearing it down with everything still inside. The story made national headlines.

In August 2015, when construction for the Blue Cat Cafe began on the property, Sergio Lajarazu said contractors violated a March court order he had filed to prevent further construction there. Protests followed, calling the store's demolition and the subsequent construction of the cafe an act of gentrification. However, both sides eventually reached a "mutual resolution ... and agreed to keep the terms private." The owner of Blue Cat Cafe told KVUE that she never had anything to do with the demolition and that it was decided upon by the landlord of the property.

In the time that followed, Jumpolin operated at temporary locations until they reopened at a new location on Cesar Chavez in August 2017. In February 2019, it was announced that the Blue Cat Cafe was temporarily closing and it has since permanently closed.

Now, years after the original battle, the same is true for Jumpolin.

"The horrors that gentrification has inflicted on not just our business and family but of others as well did not discourage us, but rather inspired us to resist the 'this is inevitable' mindset, which encouraged us to reopen along Cesar Chavez," the Lajarazus wrote in their Facebook post. "But even if we hadn’t experienced the demolition that made worldwide news, it’s very possible that we would be in the same position we are today because gentrification isn’t always an overnight thing but a gradual process. With our store closing, we are being pushed out not by the vindictive act of a landlord, but the reality of a city and system that actively denies opportunities to the working class and the businesses that serve them."

Sergio Lejarazu told KVUE Wednesday that there is no tension between the business and their landlords.

As for plans for the physical store itself, Lejarazu said the landlords want to keep the culture in the building.

"I know the people who own this place, they want to keep it in Hispanic hands to protect our society, the character of the neighborhood," Lejarazu said. "We understand it's possible that someone will attempt to do a Hispanic business here, but I'm not sure."

Though the Lejarazus will not be opening a new physical location, Jumpolin will continue to provide party rental services and custom piñata orders through phone reservations and email. Their Facebook and Instagram pages will also remain up as a way for customers to contact them.