Austin nonprofits are teaming up to repair homes for low-income homeowners free of charge, in hopes it helps families stay in the community amidst rapid growth. 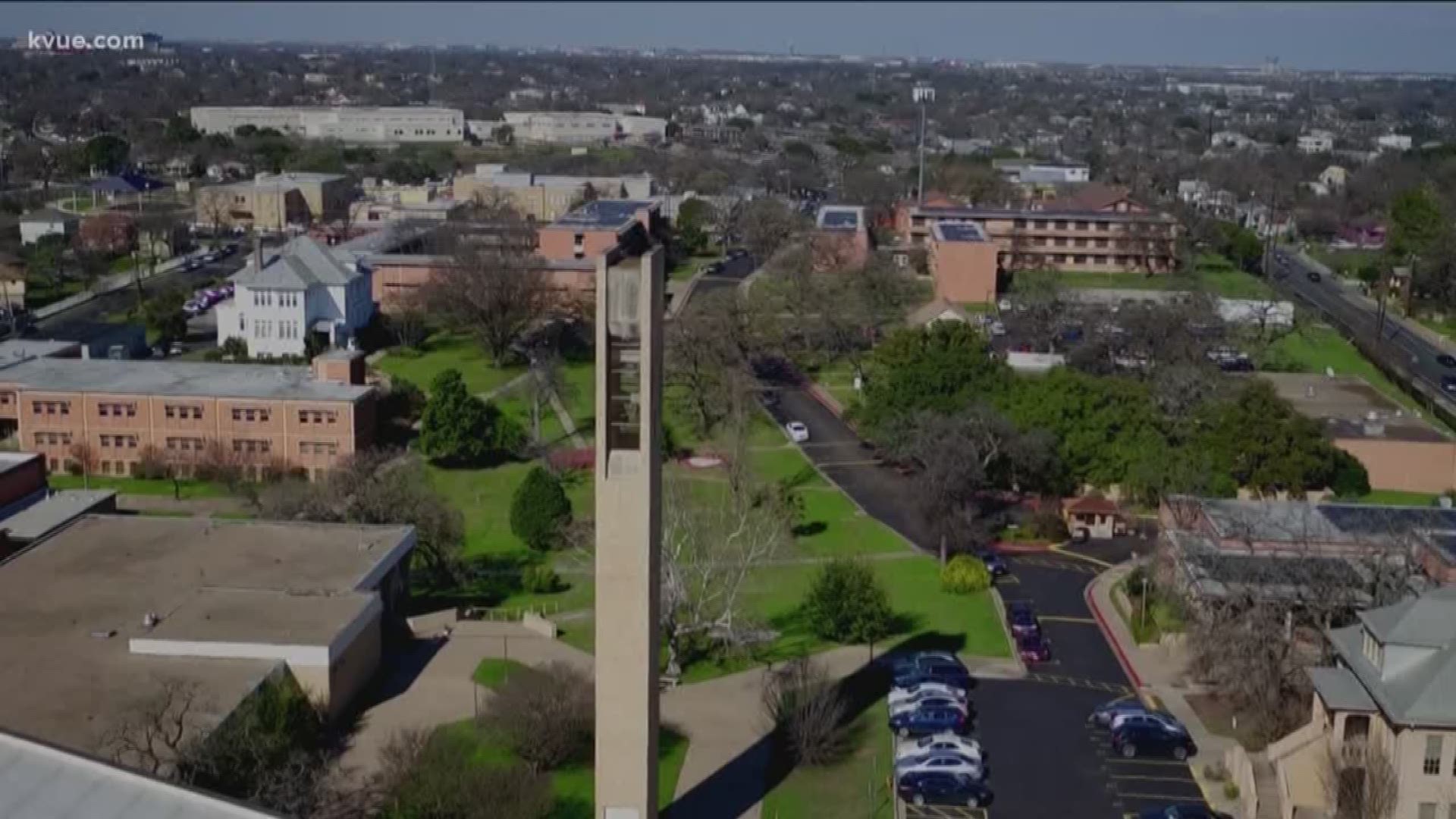 AUSTIN, Texas — As East Austin feels the impact of Austin’s growth, Huston-Tillotson University is teaming up with organizations to help preserve what’s left of the historically black community.

You don't have to be from East Austin to see the difference a few years can make.

“When I moved here, wasn't anybody out of here,” said Ronald Ford, an East Austin homeowner. “It was like six houses in the whole area.”

A once thriving, historically black community is fading away

“I get these little letters in the mail that say I want to buy your house,” said Ford.

Old homes are being sold and gutted to be replaced by brand new ones. Homeowners like Ford, who've lived in the same neighborhood for nearly 40 years, aren't looking to leave anytime soon.

Because when there's rich history all around you, you do everything you can to hold on to it. That's something Dr. Colette Pierce Burnette is working to do.

Burnette is the president and CEO of Huston-Tillotson University, the only historically black university in Austin. She's the first female to hold the title since two colleges – Samuel Huston College and Tillotson College – combined in 1952. Together, the institutions have sat in the heart of East Austin for more than 150 years.

“When our founders came to find a location to start a black college, Bluebonnet Hill was cheap,” said Burnette. “Now we have a bird's eye view of the capitol. We have a beautiful view of downtown. We sit on very valuable property and it's our job, our role is to develop that property in line with the mission of the institution.”

That mission includes keeping a valuable part of Austin’s history, East Austin, intact despite the drastic changes. She's doing this with the help of her team at Huston-Tillotson.

“You can see the displacement in action on many of these streets in East Austin,” said Amanda Masino, Huston-Tillotson professor and co-founder of the nonprofit Austin Community Data Coalition.

KVUE’s Kalyn Norwood met up with Amanda Masino. They walked the streets of the Holly neighborhood in East Austin where you can see the effects of Austin’s rapid growth.

“We're walking right by an empty lot, which, if you look it up on Google Maps, there was a home here not too long ago that was torn down, so this is pretty common,” said Masino.

She said it's common to see 60-year-old homes torn down to make room for new construction. Masino will tell you families have either been priced out or offered big money to leave. That's gentrification. She said there are several groups working together to fix the problem by repairing things.

“A lot of the repairs were exterior,” said Masino. “So, they might have cracked sidewalks missing or damaged ramps or stairs, or foundation issues.”

Who the coalition is helping

“It started with the water coming in my house,” said homeowner Ronald Ford. “Roof needed fixing, the fence needed fixing.”

Army veteran Ronald Ford is among those the coalition is helping. Now, he has a brand new carport to replace his leaky one, wood flooring instead of old carpet, and new gravel and a retaining wall in his backyard that replaced grass to prevent any flooding after a rainy day.

“I feel a little different now,” said Ford. “I can't wait for it to rain.”

That's an estimated $20,000 worth of repairs done to his home thanks to local nonprofits, and he's not the only one benefiting. The coalition has helped more than 300 families like his in East Austin, but how effective are they in their goal? That's where Huston-Tillotson steps in. Masino said they surveyed families who had their homes repaired by the AHRC. The response was overwhelmingly positive.

According to the survey, 97% of those who had repairs done within the past two to three years said it helped them afford to stay in their home.

Credit: KVUE
Results from survey families who had their homes repaired by the AHRC.

“That's 331 people plus who are better able to stay in place and have a good life in their homes thanks to these repairs,” said Masino.

“Austin could be a role model for what revitalization really means when it comes to equity for all people,” said Burnette.

This is just part of Burnette’s goal to preserve and revitalize the surrounding community and just maybe with help from HT and nonprofits, families who have spent their lives in east Austin can stay a little longer and the next generation can call east Austin home too.

Members of AHRC said Huston-Tillotson’s report helped the coalition get double the funding from the City of Austin for the 2019-2020 fiscal year. The overall budget for home repairs went from $3 million to more than $5 million a year to focus on home repairs for low-income families.

If you or anyone you know is low income and is in need of repairs, you can reach out to the coalition on the Neighborhood Housing and Community Development's website. If you would like to donate to the cause, you can get connected to the individual organizations involved.