Capital Metro is going to be busy building its new Downtown Station – and that's going to cause some commuter pains. 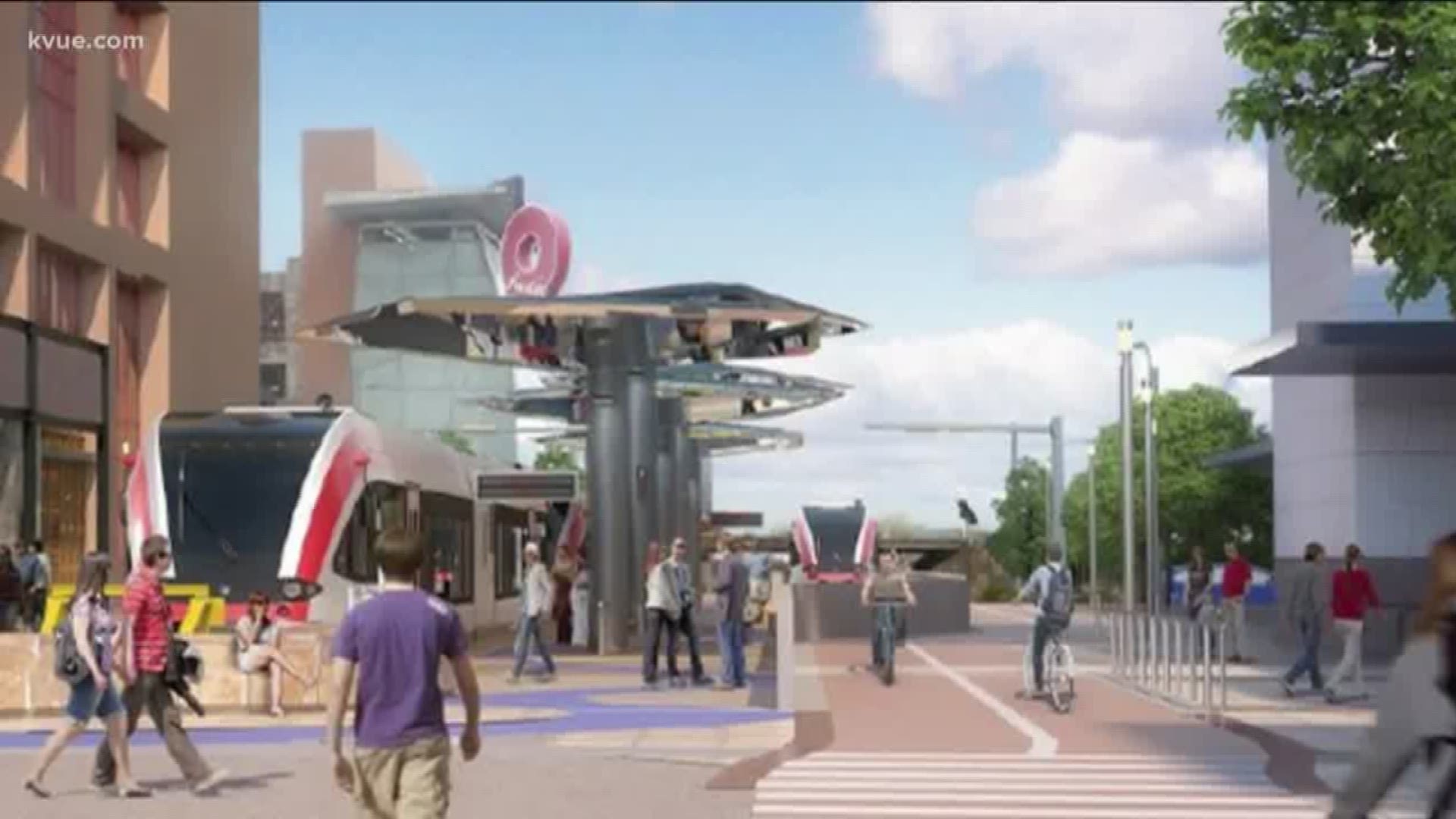 AUSTIN, Texas — The downtown MetroRail station is closed and will stay closed for the next few months.

Capital Metro is going to be busy building its new Downtown Station – and that's going to cause some commuter pains.

A spokesperson for CapMetro said they will be providing a shuttle at the Plaza Saltillo station to help riders reach their destination, with some alternatives including the Metro Express. CapMetro hopes this doesn't have too big of an impact on ridership.

"I expect this to have a decent impact, but we know a lot of people get off the train station and they connect with another bus to get to their final destination, or they take a scooter anyway, and so it's not too much further," said Chad Ballentine with CapMetro. "It will be an impact, but I think the final result of having an amazing station downtown will be worth it."

The new downtown station will be bigger and better. They'll be able to park multiple trains at the station, which will help keep things moving for big events like SXSW. It'll also include a plaza of its own, where a farmer's market could be placed.

The weekday alternatives to the MetroRail are:

MetroRail weekend service is also coming to a halt to accommodate the implementation of the "positive train control system," but CapMetro is adding bus routes on the weekends to make up for it.

The weekend alternatives are:

This is coming at a time when ridership has been going up for CapMetro. So, they're hoping to keep up the momentum during this process. In addition to shuttles, they are looking to have scooters and bikes readily available at the last stop for their riders to get to their destinations.