'We will be back downtown.' | Austin staples leave downtown, open elsewhere with plans for the future

While Easy Tiger and P. Terry's announced the closure of their downtown Austin locations, both plan to open new restaurants in the near future. 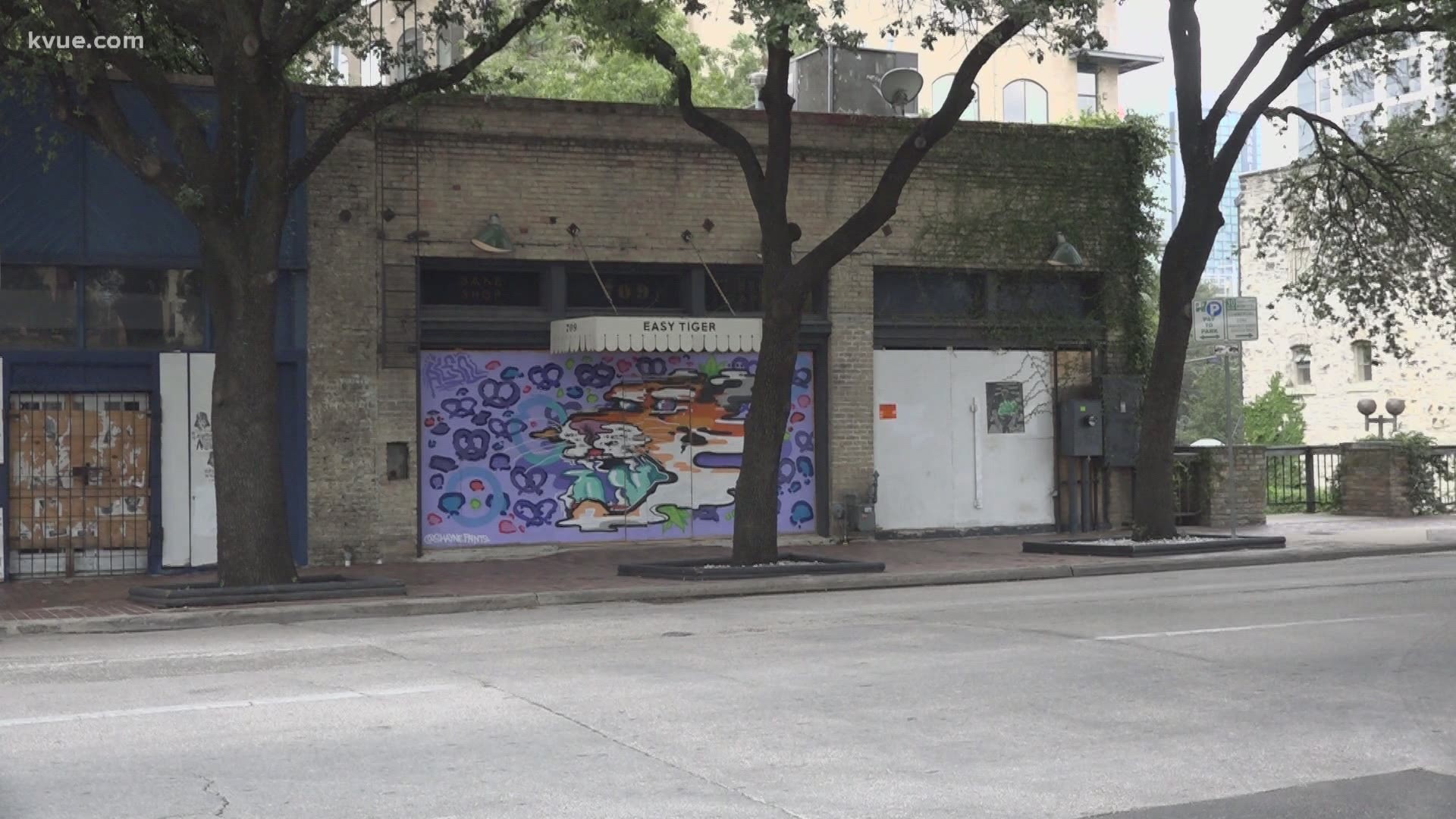 AUSTIN, Texas — Easy Tiger makes a lot of bread – thousands of loaves a week for bakery sales and partnerships with Whole Foods, Randall's and H-E-B.

On Friday, Easy Tiger announced the closure of its very first location on East Sixth Street in Downtown Austin.

"That's where we began," David Norman, the head baker at Easy Tiger (a.k.a. the Head Doughpuncher), said. "Actually, it was kind of the magic of that spot that even got us those two concepts together at the time."

Easy Tiger sells bread, pastries, and beer – all things that take a long time to make but are served very quickly to customers. Norman attributed the downtown closure to the lack of foot traffic because of COVID-19.

"It just became unfeasible through this," Norman said. "I mean, that downtown Sixth Street corridor is just shut down."

Easy Tiger isn't the only one to close up shop downtown. P. Terry's Burger Stand is among the most recent Austin staples to shutter the downtown location. In a statement, P. Terry's management cited the lack of foot traffic due to work-from-home routines and the COVID-19 pandemic-related shutdown.

“With offices and hotels virtually empty in the downtown area, we have seen a dramatic drop in sales and traffic over the last several months,” said P. Terry’s CEO Todd Coerver.

Both Easy Tiger and P. Terry's are opening up other locations in the meantime. Easy Tiger will soon have a new south Lamar Street bakery and beer garden and P. Terry's will open up in Pflugerville and New Braunfels.

Even with the two Austin mainstays leaving downtown, at least for the time being, the city's Economic Development Department continues to work with owners to create financial solutions.

"Even us as a city didn't realize that we would still be here come September, but here we are," Veronica Briseno said. "Small businesses, in particular, have shown us what they do best, which is they are nimble, they're resilient, they're feisty, they're smart and they adapt."

Briseno, Norman and Coerver are all continuing to look forward rather than dwell on closing doors.

"Downtown businesses and businesses across the city are thinking about how can they do business outside of their establishments and have, you know, folks socially distance and be safe but still be able to continue on with their business," Briseno said.

"One of the things that I'm looking forward to [at our south Lamar location] is sort of bringing the bakery and kitchen together more and doing products that kind of come from both at the same time, some stuffed breads and different warm sandwiches," Norman said. "That collaboration between the kitchen, the beer garden kitchen and the bakery is going to be even more than we've ever done."

WATCH: Revealed: How many Austin-area businesses closed since March

Coronavirus updates in Central Texas: What to know Saturday