Over the past few years, TxDOT has been planning to update I-35 from Round Rock to Buda. One idea is to lower the interstate, which could lead to more development. 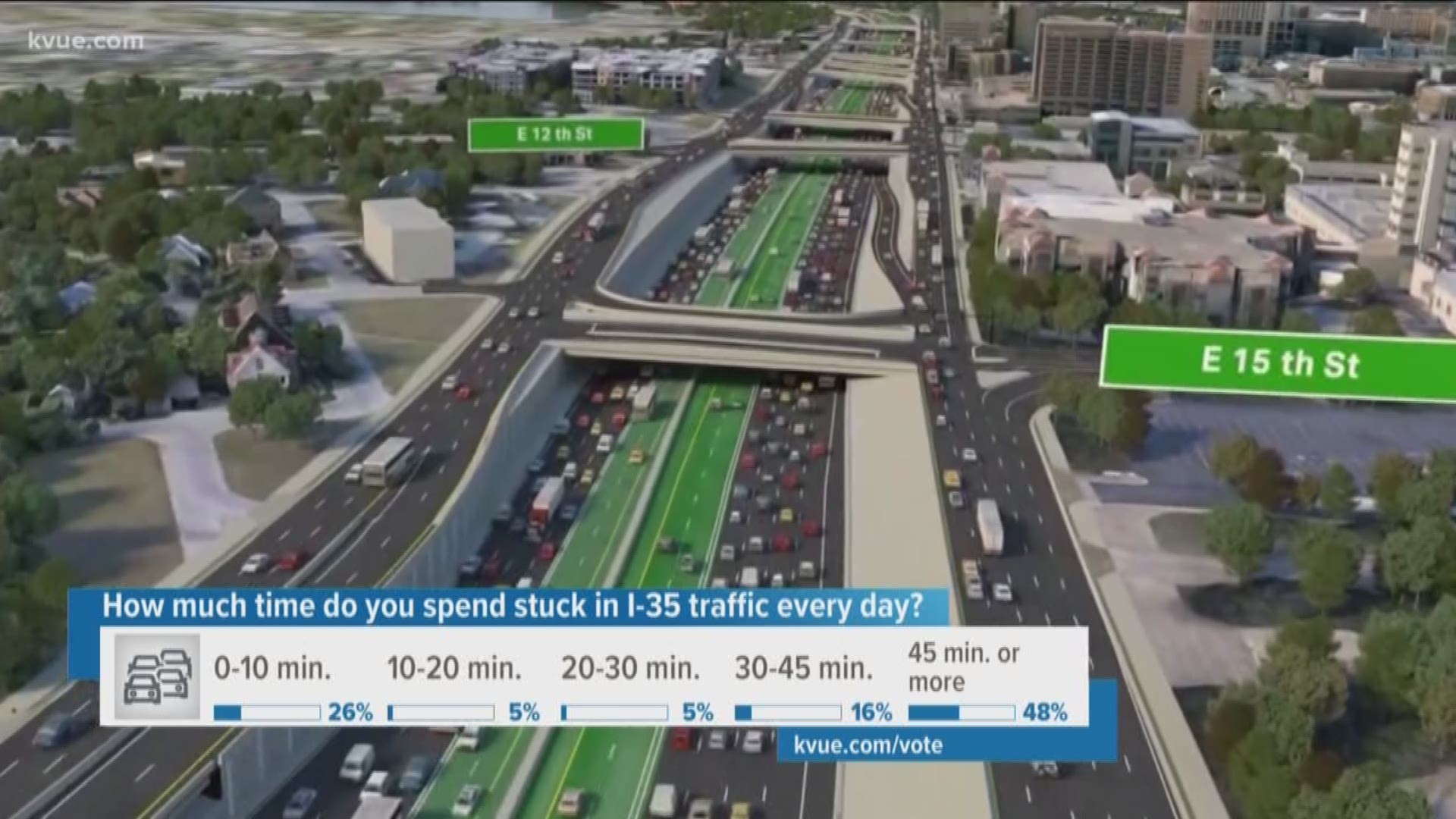 AUSTIN, Texas — In 2019, TxDOT proposed $8 billion worth of changes to Interstate Highway 35. Those changes would take place from Round Rock to Buda.

One change that is on the table, but subject to change, would be removing the upper levels of I-35 between Airport Boulevard and Downtown Austin while adding "managed lanes" similar to MoPac's toll lanes. One of the biggest ideas, and one of the most supported by some economic developers, is to lower the highway below ground level.

“If you look at the surrounding area, both Downtown and East Austin, there’s an opportunity to do what we’re calling 'equitable development,'” Dewitt Peart, the CEO of the Downtown Austin Alliance, said. “We know that development is happening in East Austin. We know there has been somewhat of an exodus. This is an opportunity for us to think strategically about how we can bring people back.”

The Downtown Austin Alliance will partner with Urban Land Institute to make recommendations on what should happen with the interstate and surrounding areas. In addition, Downtown Austin Alliance says a nine-person panel of experts in economics, community engagement and equitable development will "interview 100 Austin stakeholders" to gauge ideas on how best to capitalize on interstate changes.

"That presents a generational opportunity for us," Peart said. "We want to do this right, because we have, essentially, one chance to do it."

On Feb. 28, the panel will present some of the suggestions and ideas discussed while doing site visits and meeting with the 100 stakeholders. According to Peart, the panel will sequester itself for two days before presenting their findings.