Through Natiivo Austin, individuals can purchase their own hotel rooms to rent out through Natiivo's partner, Airbnb. 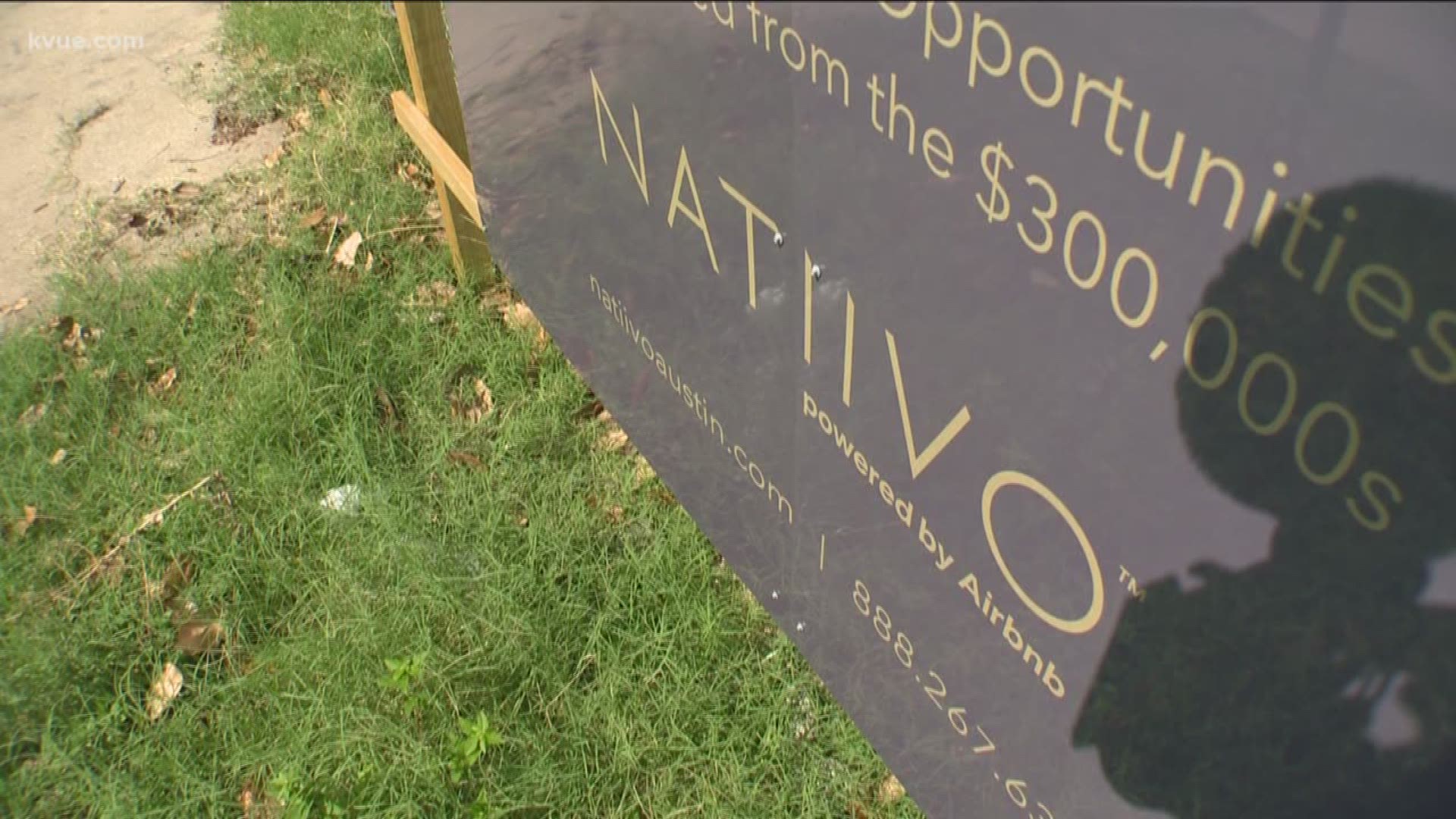 AUSTIN, Texas — Co-developers Pearlstone Partners and Newgard Development Group broke ground this morning on their new joint venture, Natiivo Austin, which they say will revolutionize how people own, stay and share hotel rooms.

During the groundbreaking ceremony, Natiivo Austin made a $5,000 donation to the Rainey Neighbors Association, and the funds will go towards improving the neighborhood and supporting its residents.

"We knew this concept of allowing an individual to buy into a hotel would work well for a city like ours," Lee said. "I take great pride in our city for being the first to bring this concept to market, nationally."

Lee and Hernandez announced Thursday that more than 40% of the units have already been reserved in the first 30 days of their launch.

What makes Natiivo different from other properties is that the units were designed to be purchased individually and used alongside the home-sharing services of their partner, Airbnb.

Natiivo Austin will feature 33 floors with 249 units across 16 different floor plans, and according to their website, will have a 24-hour concierge service. The rooms will come fully furnished and start at around $400,000.

The room sizes range from a cozy 447-square-foot studio style all the way up to a 1,357-square-foot two-bedroom and studio-style unit.

The hotel will be located in the Rainey Street Historic District of Austin on 48 East Avenue. It is expected to open sometime in 2021.