Downtown Austin Alliance released a report this week regarding Austin's growth in the past year. COO Julie Fitch calls 2021 a year of recovery. 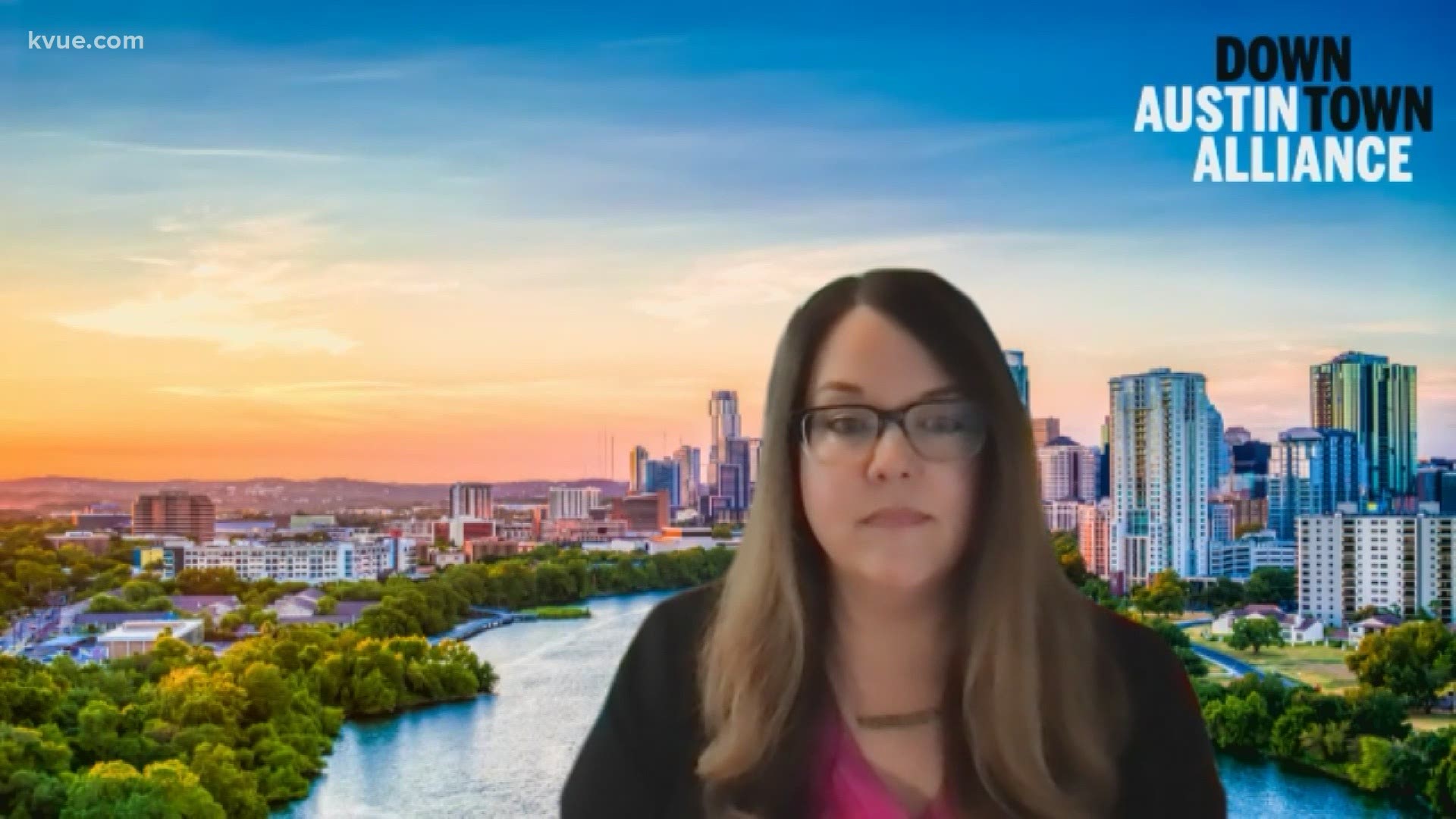 AUSTIN, Texas — The coronavirus pandemic forced Downtown Austin to nearly completely close in the spring of 2020. A year later, the city is on the fast-track to its pre-pandemic growth.

This week, Downtown Austin Alliance released its annual report outlining the key metrics to seeing the city's rebound. Primarily, people walking around downtown has been a key indicator.

"It dipped, you know, 90% in the beginning of the pandemic," Julie Fitch, the organization's chief operating officer, said. "We are seeing it come back. We're not quite where we were in 2019, but we're seeing foot traffic and people beginning to patronize downtown come back."

Thousands of people have returned to the downtown core. Shopping, stopping at restaurants, frequenting bars all show signs of improvement.

"Foot traffic is everything in downtown. You know, you're not driving your car to every destination," Fitch said. "If you do drive downtown, you park once and you walk around."

Another major metric is housing. Austin's housing market started booming again over the past six months. Fitch said we're not quite back to 2019 levels of growth, but we're getting there faster than many anticipated.

Urbanspace helps people find homes and real estate across Austin, but Burns works a lot downtown. His office is in The Independent and is working on constructing a new building for condos and apartments newly named Modern Austin Residences.

"Because of the pandemic, we pretty much went to zero [sales] for March, April and May," Burns said. "The single-family residential market picked back up in May of last year and then went in basically a rocket-shoot trajectory."

"We have this upward cycle where we're seeing that kind of exponential pricing growth just simply because of lack of supply," Burns said.

"By this time next year, we will be there," Fitch said. "We definitely see the growth and rebuilding already happening this year. We think it's only going to continue to go up to the end of the year and beginning of 2022."