The City of Kyle has received a grant from the federal government to expand Windy Hill road. Alongside the $1.6M from the city, the project will start next year. 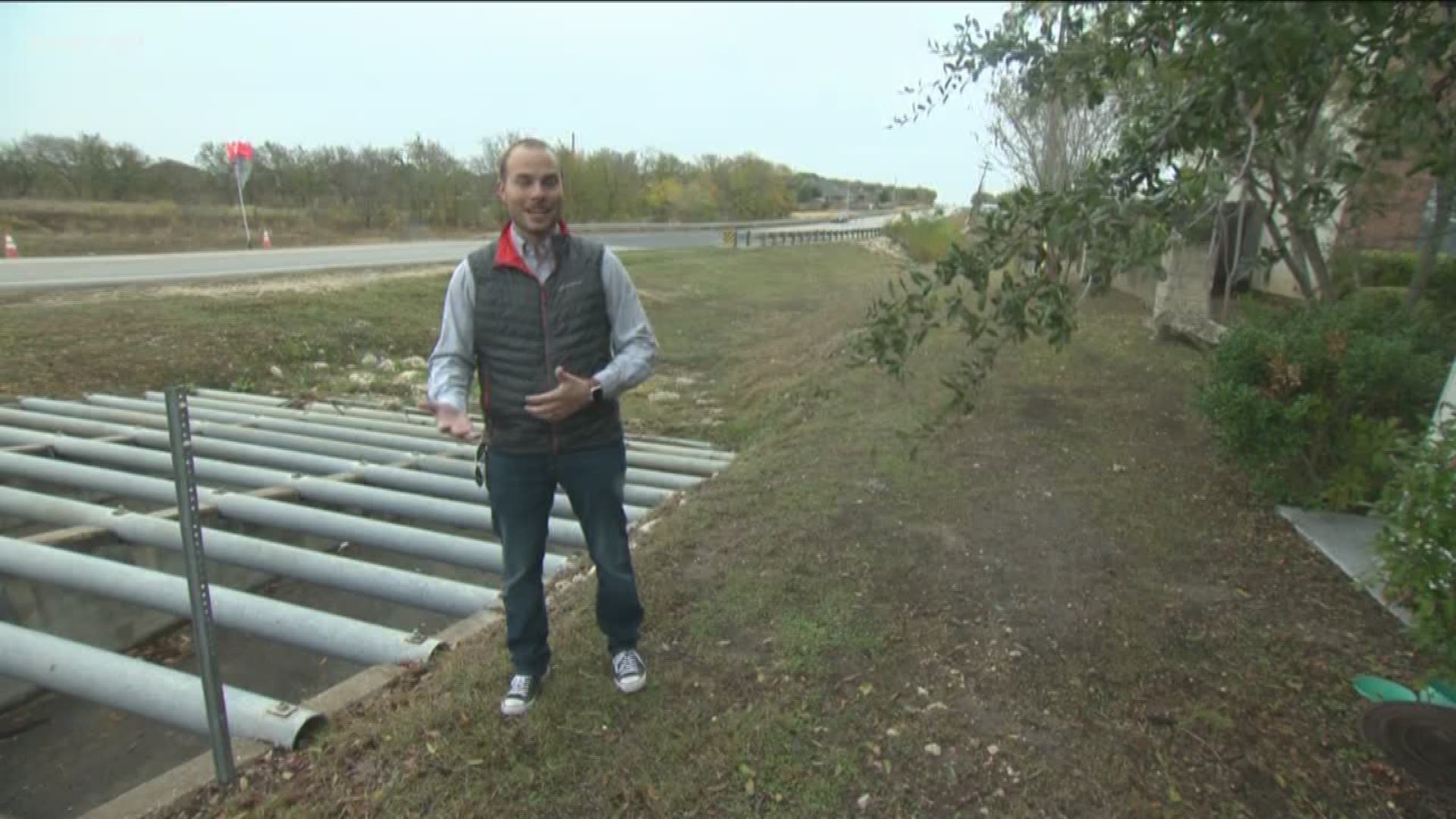 KYLE, Texas — Kyle is just one of the cities whose population is exploding, but the infrastructure isn't holding up.

One spot of concern for the city is Windy Hill Road. A section of the road was flooded over during the 2015 flooding. Even though the road is currently back open and has been fixed, there are still some problems.

"It is a headache; it's a bad headache," said Christina Robledo, who lives off the road. "It's real hard to get in and out of the neighborhoods and everything."

She said that it needs to be fixed and widened because of the growth Kyle is seeing.

"You know, with the city growing like Kyle and with the flooding we've experienced, it's just vital that we invest in our infrastructure," said Travis Mitchell, the mayor of Kyle. "As you can tell, traffic is pretty constant throughout the day on this road."

That's why the City applied for a grant from the federal government to help with major road repairs. The grant will give the city $1.8 million, while the City will match $1.6 million of that to reach the total cost of the project.

"It's going to elevate the road out of the flood plain; it's going to add a turn lane in this general area," explained Mitchell.

RELATED: Mayor of Kyle lays out strategy as city braces for booming growth

Mitchell knows construction will be a headache for some, but believes the long-term growth is worth it.

As for those who live there, like Robledo, they're excited to see change, but not more construction.

"I'm really excited we were able to get a grant and re-fix the bridge and widen the roads," said Robledo. "But it is going to be a headache."

Construction won't begin till next year. The city is hoping to start early in the year, but it may not start till summer.

The project will also include drainage improvements since the area is prone to flooding.