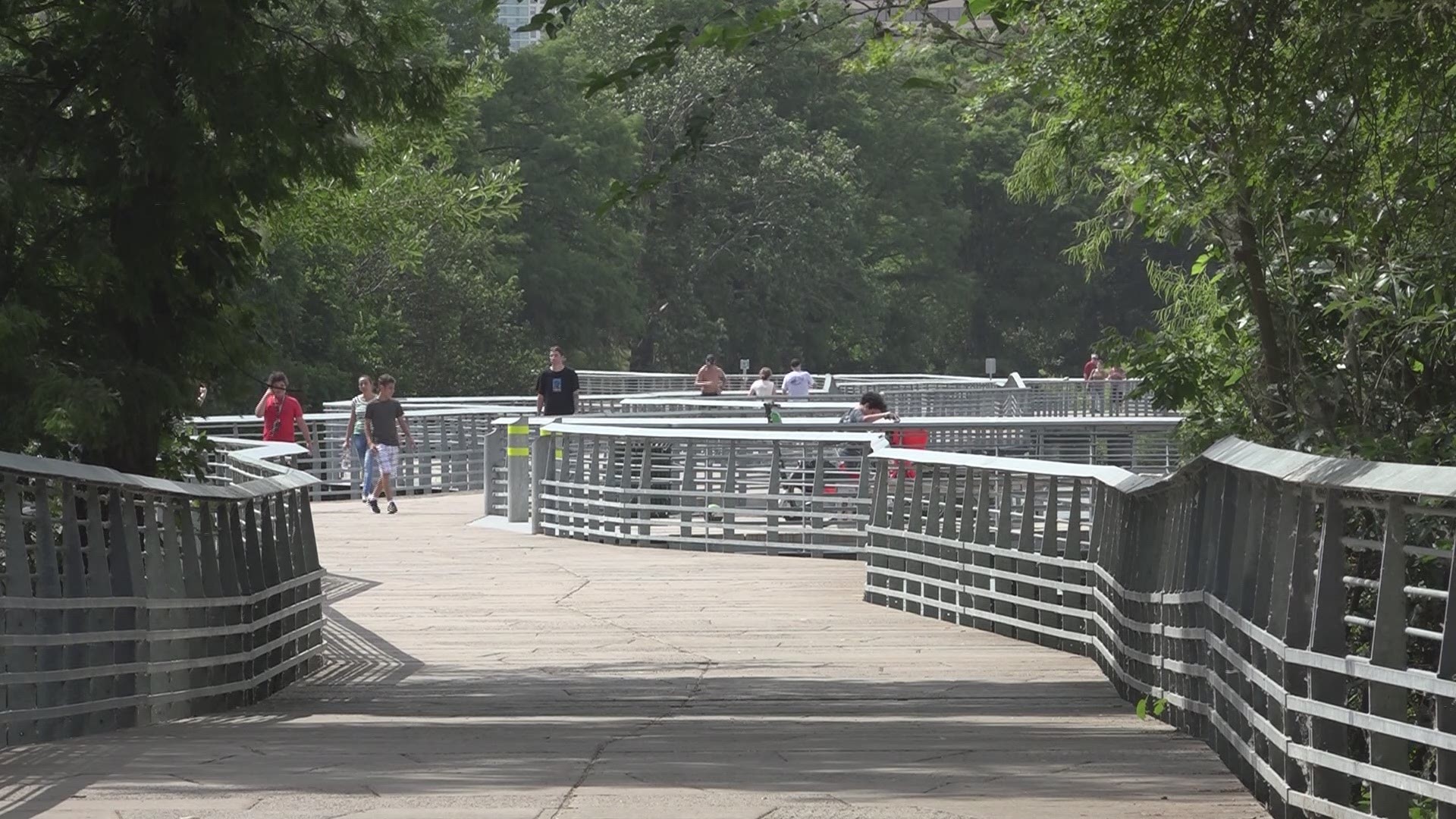 Bishop Cidercade said in a Facebook post on Saturday it would be opening a 13,000-square-foot location in Austin "directly off Lady Bird Lake on Riverside Drive." They are also opening a location in Houston.

The owners of Bishop Cider told KVUE they hope to open up the Austin location in the late fall of this year.

The concept? They brew their own ciders, and are home to hundreds of arcade games. The owners of the cidery say the location is perfect for something like this.

"Two fun concepts rolled into one under one roof," said Joel Malone, co-owner and founder of Bishop Cider. "We know that – people in Austin – they do have a love for cider."

They told KVUE how it'll all work: You pay $10 at the door and have free access to playing more than 200 different arcade games. You purchase the cider separate.

"You have kids who are getting to play their parents' favorite games and then you also have the parents getting to beat their kids at you know – Galaga," said Laura Malone, co-owner and founder of Bishop Cider. "It's all over the board the different kinds of people that we have come in."

The land the current building sits on is known to be prime real estate. It's right on Lady Bird Lake with fantastic views of downtown, and the Ann and Roy Butler Hike and Bike Trail is just yards in front of its patio area.

Some Austinites are split on how they feel the spot is being used.

"It's definitely different," said Dillon Mobley, a Georgetown resident, "but I think it could work. You know, you got a place to cool off while the kids go run and play."

"It's prime real estate and it's a beautiful location," said Alexa Kanelos. "I really feel it could be better used."

As far as food, they say they'll be tapping into the ever so popular food truck market here and would like to have food trucks set up shop near the patio area.

As far as the hike and bike trail nearby, the owners told KVUE they're interested in somehow connecting it to the building itself.

"If the option presents itself to connect the patio to the walking trail or even expand the patio, we would love to do so," said Joel Malone.

The managing partner of Sabot Development, Jim Young, told Austin Business Journal his company helped Bishop Cidercade's founders lease the building. Young said the building will be renovated and that the cider business will be opening "soon."

Bishop Cidercade said the Austin location will feature 30 ciders and wines on draft.

According to the website for the existing Dallas location, Bishop Cidercade is "an arcade and bar by Bishop Cider in Dallas' design district." It showcases more than 170 free arcade games and 30 ciders and wines on tap.

Back in March, three signs were placed on the door of the Joe's Crab Shack on Lady Bird Lake by Endeavor Real Estate Group. The signs stated that the restaurant's lease had been terminated over $10,000 in unpaid rent and $100,000 in unpaid property taxes.

In a statement to KVUE, Endeavor Real Estate Group said:

Joe's Crab Shack had been on the property for 16 years.

Dump truck falls off side of overpass in Georgetown, injuring driver