New numbers from the Texas Comptroller's Office show families across Central Texas are spending more money in their own neighborhoods instead of in Austin. 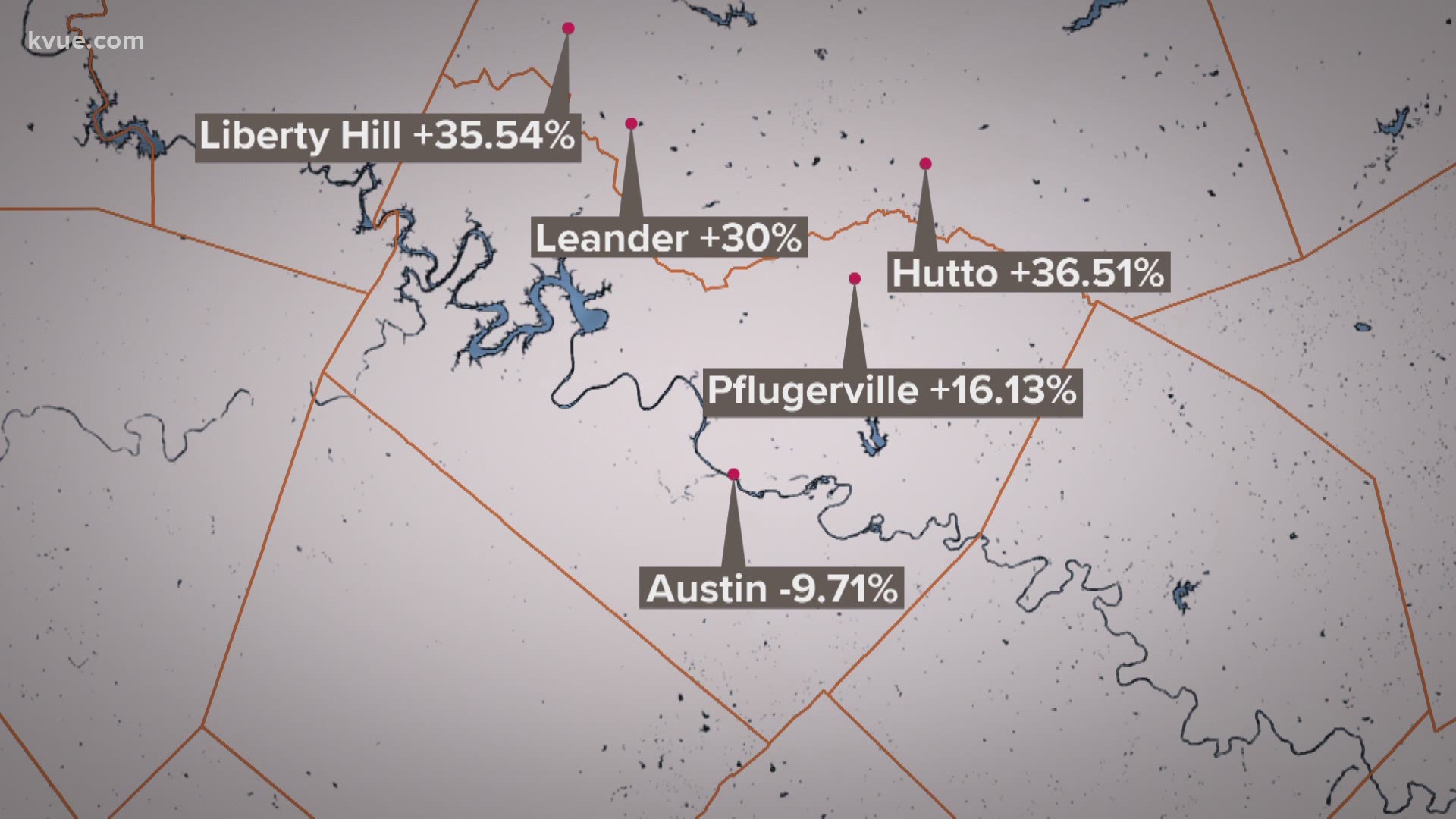 AUSTIN, Texas — Call it a COVID-19 side effect. Life in a boomtown is ever-changing – and right now, the suburbs are benefiting.

The Texas Comptroller's Office recently released the latest sale tax revenue numbers, and they show families across Central Texas are spending more money in their own neighborhoods. Statewide, sales tax revenue is down about 5% compared to this same time last year – but area suburbs are seeing huge increases again.

"It's great for Leander," said Mike Neu, the public information officer for the City of Leander.

Like most Central Texas suburbs, Leander is seeing more people spend more of their money, in part because people are shopping at local retailers and restaurants.

"With COVID, with people staying at home and buying at home, we've seen a pretty big jump this year," Neu said.

The State shows Leander with the largest growth, at nearly 71%. The City says it's closer to 30%, but that's still significant growth.

"I think with folks staying in the community and not being tempted to go into the Austin area, just because of our current environment. In the last six, seven months, they’re more likely to stay home. They’re doing more home projects, buying more things online. I do think a lot more people are taking advantage of what the community has to offer. And certainly, it's had a good effect on Leander," Neu said

Here’s a look at some of the sales tax revenue numbers from across Central Texas:

It's a far different story in Austin, where the city is reporting another month of losses. Austin's sales tax revenue is down nearly 10% from this same time last year.

A visible change as COVID-19 shifts life in the boomtown from the big city to the suburbs.