The first platform of the new downtown station is opening about six months early for riders of the Red Line. 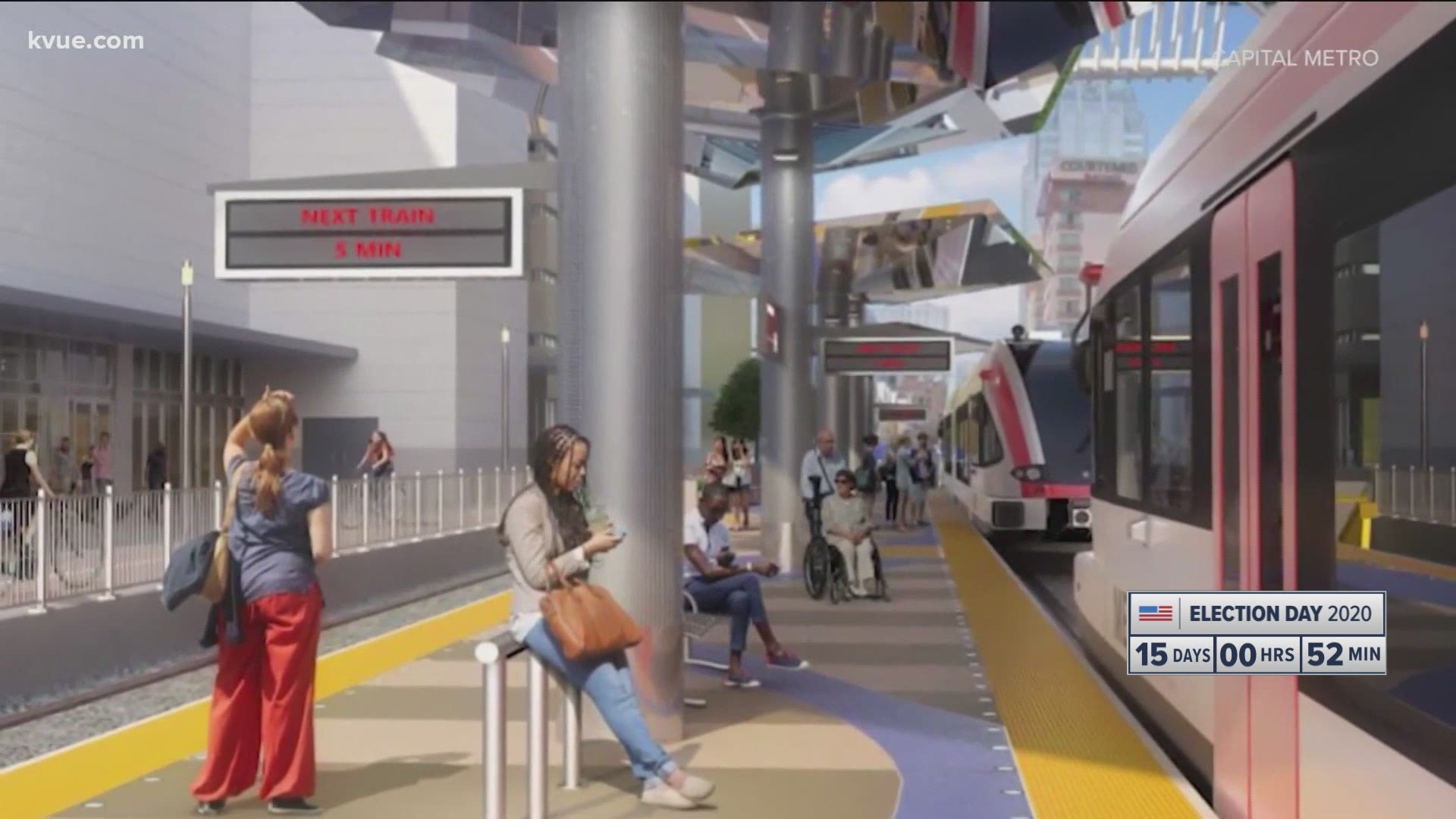 AUSTIN, Texas — Capital Metro’s new downtown station opened Monday morning ahead of schedule and under budget after more than a year-and-a-half of construction. It's located at Neches Street and Fourth Street between the Convention Center and the Hilton hotel.

The first platform of the $37 million project is open to riders of the Red Line, only a block west of where the temporary downtown station opened as to not disrupt service.

Before construction, the downtown station was CapMetro’s smallest but busiest station. With the improvements, the transit agency aims to increase ridership of the Red Line, which services Leander.

The new station features pentagon panels that cover the platform, adding shade for riders waiting. The new tracks are below street level, which means riders de-boarding the rail will exit level with the sidewalk.

Construction started in March 2019. The second platform is not expected to open until 2021.