According to real estate company Redfin, people moving to Austin have $200K more in spending money than locals buying a home. 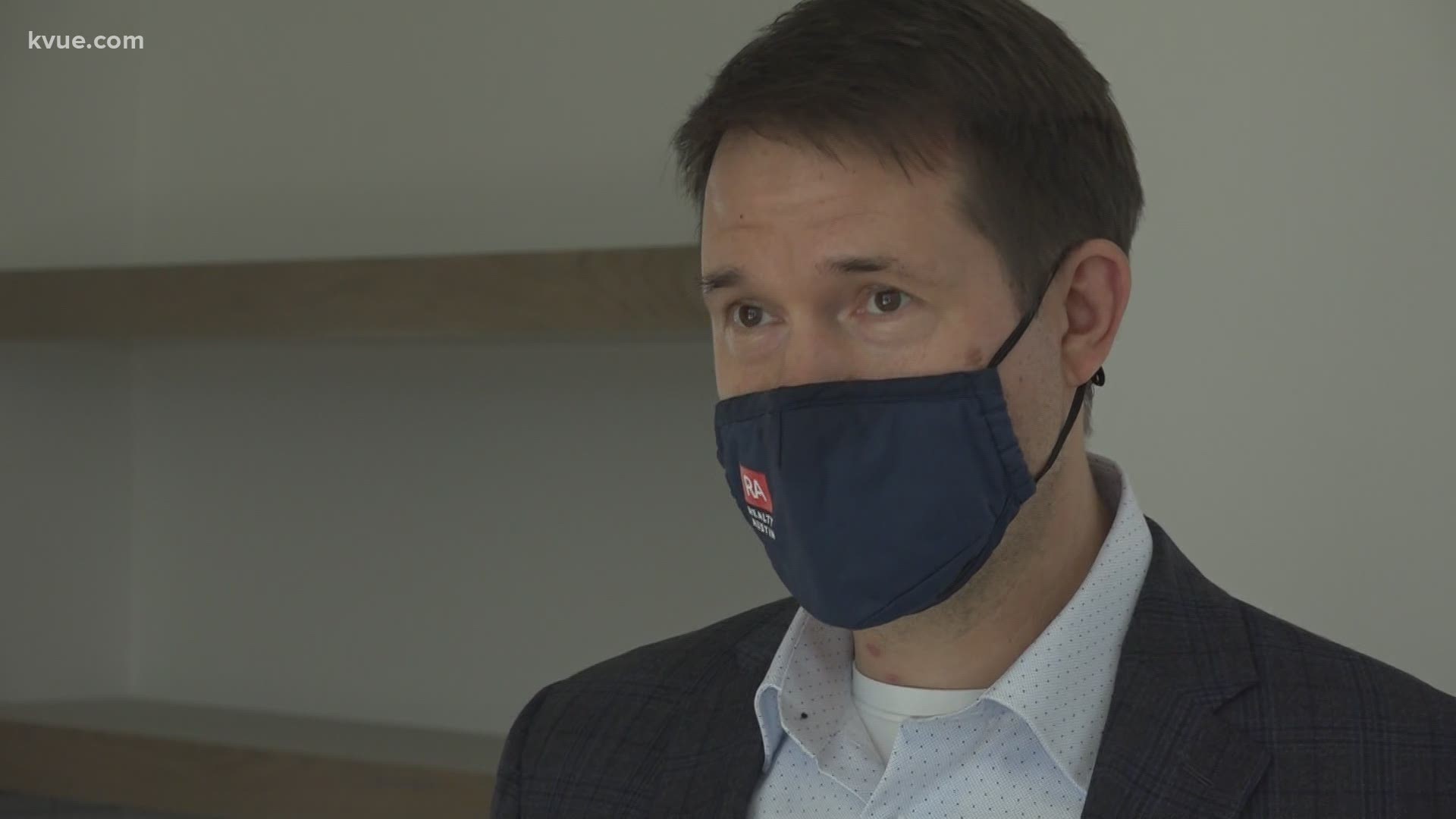 AUSTIN, Texas — In a boomtown like Austin, homes barely last two weeks on the open market.

ABoR released data Thursday showing homes last between eight and 12 days for sale before being bought; a historic low. Real estate company Redfin found a huge increase in searches for Austin homes from people not living in the area.

"Nearly 45% of Redfin.com home searches in Austin came from users in other metro areas in January," the report said.

Local realtors say the percentage of people moving to the city compared to moving within Austin has jumped even from just six months ago.

"It was about 50-50 people moving inside of Austin," Eric Meissner, a realtor from Realty Austin, said. "Now, the majority are inbounding from other states."

Many in Austin and Texas have noticed, but Meissner finds many of the people moving in tend to be from California or New York.

Meissner says it's a catch-22 situation for his clients. They can't outbid out-of-town buyers without more cash, but if they don't win the bid after selling their home to get that cash, they're stuck.

"I won a multiple offer on Monday for a client of mine. I sold their house in October so we could compete better without a contingent offer," Meissner said. "They've been in an Airbnb ever since. If I sell a client's house before we have a house secure, there's a real good chance they're going to be homeless for a while."

According to Meissner, people moving to the Austin area are coming for the jobs and big companies, and this is just the beginning of what he calls a "tsunami."

"Tesla is the tip of the iceberg. There are going to be so many people who are moving here, so many companies that move here in support of Tesla," Meissner said. "Tesla was the ripple on the water, and if you kind of look way out on the water, you can see this big old bump, which is a tsunami. That's the thing that I think scares us a little bit; we're tight on inventory right now. Builders are building houses as fast as we can. Lots are getting scarce. Homes are getting scarce. And the tidal wave of people is on the horizon."

Horton agrees. As much as Austin is a boomtown, she believes the growth will continue without a cyclical bust in the housing market.

"I would see this leveling off, and eventually, once our supply can somewhat catch up with our demand, we should see things stabilizing," Horton said. "Prices going down? I don't foresee that happening."

For now, Meissner compares it to the beginnings of the COVID-19 pandemic.

"Do you remember in the beginning of the pandemic when you went to the store and there was no toilet paper on the shelves? Well, that's the way the Austin housing market is right now," Meissner said.