Construction could start as early as May 1 on the yet-to-be-named project, which has an estimated cost of $45 million. 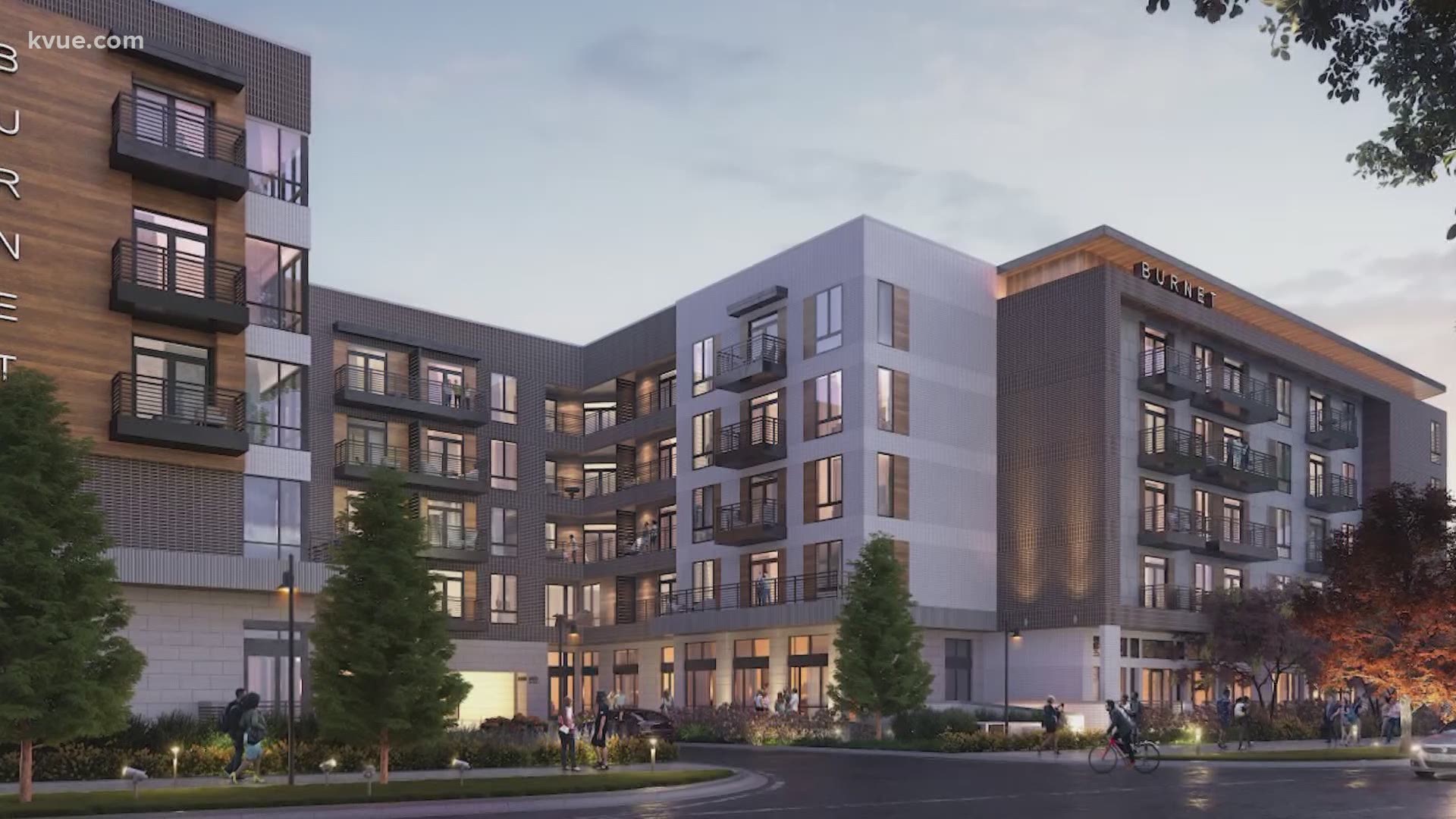 AUSTIN, Texas — The site of longtime Austin staple The Frisco Shop on Burnet Road, which closed in 2018, is slated to become an apartment complex.

According to State documents, a development company called Oden Hughes plans to build a five-story building there with 314 apartments and a six-level parking garage.

Construction could start as early as May 1 on the yet-to-be-named project, which has an estimated cost of $45 million.

Browder said the community will include 18 income-restricted affordable homes reserved for households making no more than 60% of Austin’s median family income, which is an amount equal to $41,040 for a one-person household or $46,860 for a two-person household.

“This area has always been a desirable place to live due to its central location,” Browder said. “Demand for housing has really increased in the last few years as more major employers located nearby and popular restaurants, bars and shops opened along Burnet.”

The complex will provide more affordable options than single-family homes in the nearby Rosedale and Allandale neighborhoods, Browder said.

"Austin needs more housing of all types to meet the demands of our growing population, and our community especially needs more housing near jobs and transit," he told KVUE. "This community will provide 314 market-rate and income-restricted affordable homes along a major transit corridor in a high-opportunity area near several major employment centers. This is the type of growth Austin needs – where it needs it – in order to meet the community’s affordability, mobility and sustainability goals."

Known for its burgers, sandwiches, steaks and other comfort foods, The Frisco Shop opened on Burnet Road in 1953 as part of Harry Akin's Night Hawk chain. In 2008, the restaurant moved about half a mile north to 6801 Burnet Road, which served as its final location.

According to The Frisco Shop, Akin liked to tell his staff, "There is nothing accidental about quality," a testament as to why his business likely lasted 65 long years.

Akin took a small break from the business in the 1970s, passing the reigns to his nephew while he served as mayor of Austin.